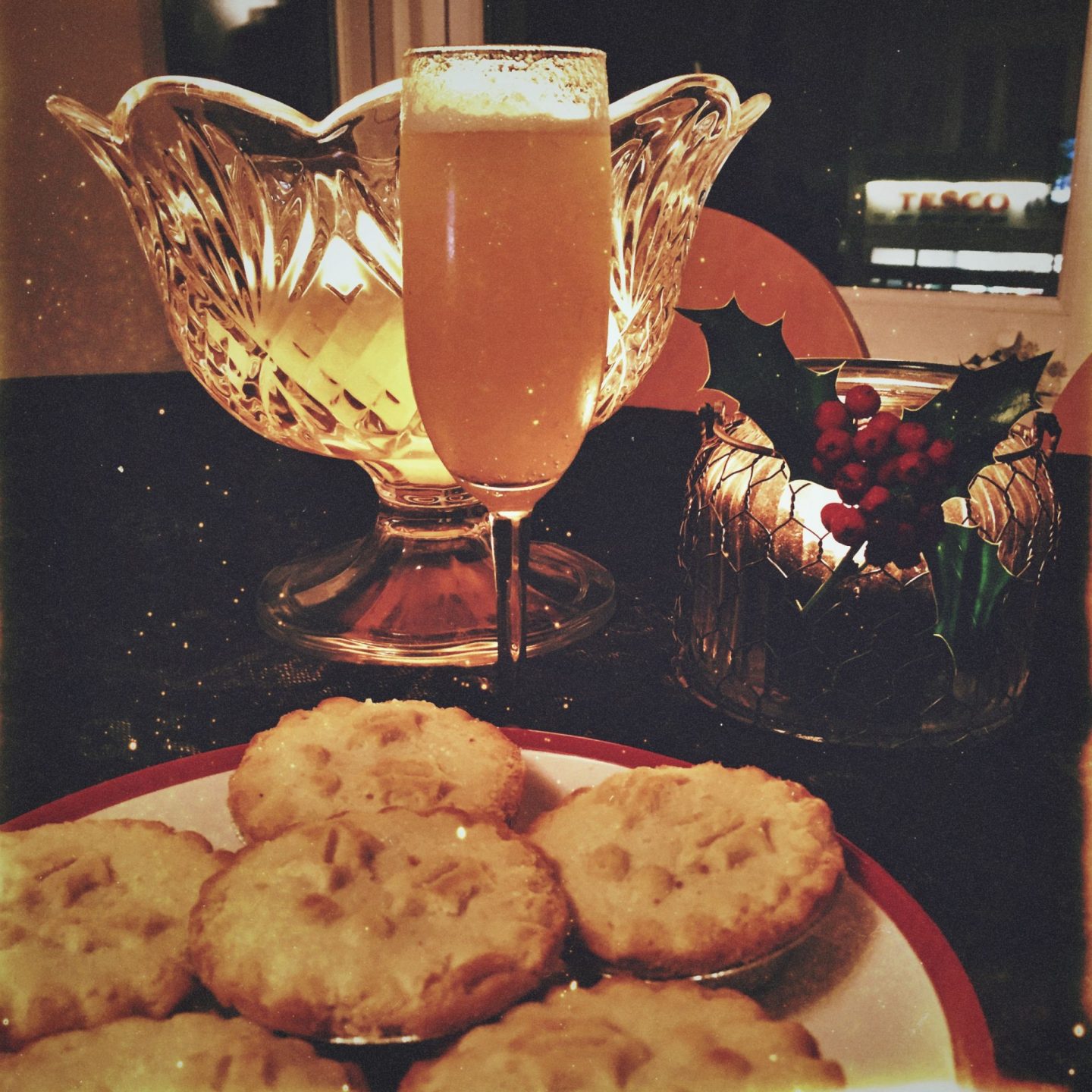 So even though I cook a lot, I’ve just realised so far the only recipes I’ve put up on here are alcoholic ones! Oops. Today I’ve got the simplest winter warmer for you. I made this at the weekend for a friend’s Christmas Cocktails do and it went down a STORM. There were a few sore heads the next day ;). They’re super easy, and dress them up with a sprig of holly tied to the glass, festive straws and some mince pies, and you’ll be nailing it on the hosting front! Let’s tuck in, shall we?

140g caster sugar
3  peeled pears
Ginger (or Ginger paste if you’re lazy like me… 😉 )
Lemon
Prosecco (copious amounts – is there any other measure for Prosecco?)

Peel the pears, and put them in a pan with a pint of boiling water. Add the sugar, squeeze a half of the lemon in with them alongside a teaspoon or grating of ginger, bring to the boil.

When the pears are tender to take them out, and cut the flesh away from the pear. Purify making sure all the pips are out and there’s no lumps. I blend ice in with mine if Im short on time – not too much as you don’t want to water it down, but 2-3 cubes should do the trick. Refrigerate for half an hour.

Pop in to the glass, and top up with prosecco – chin chin 🙂