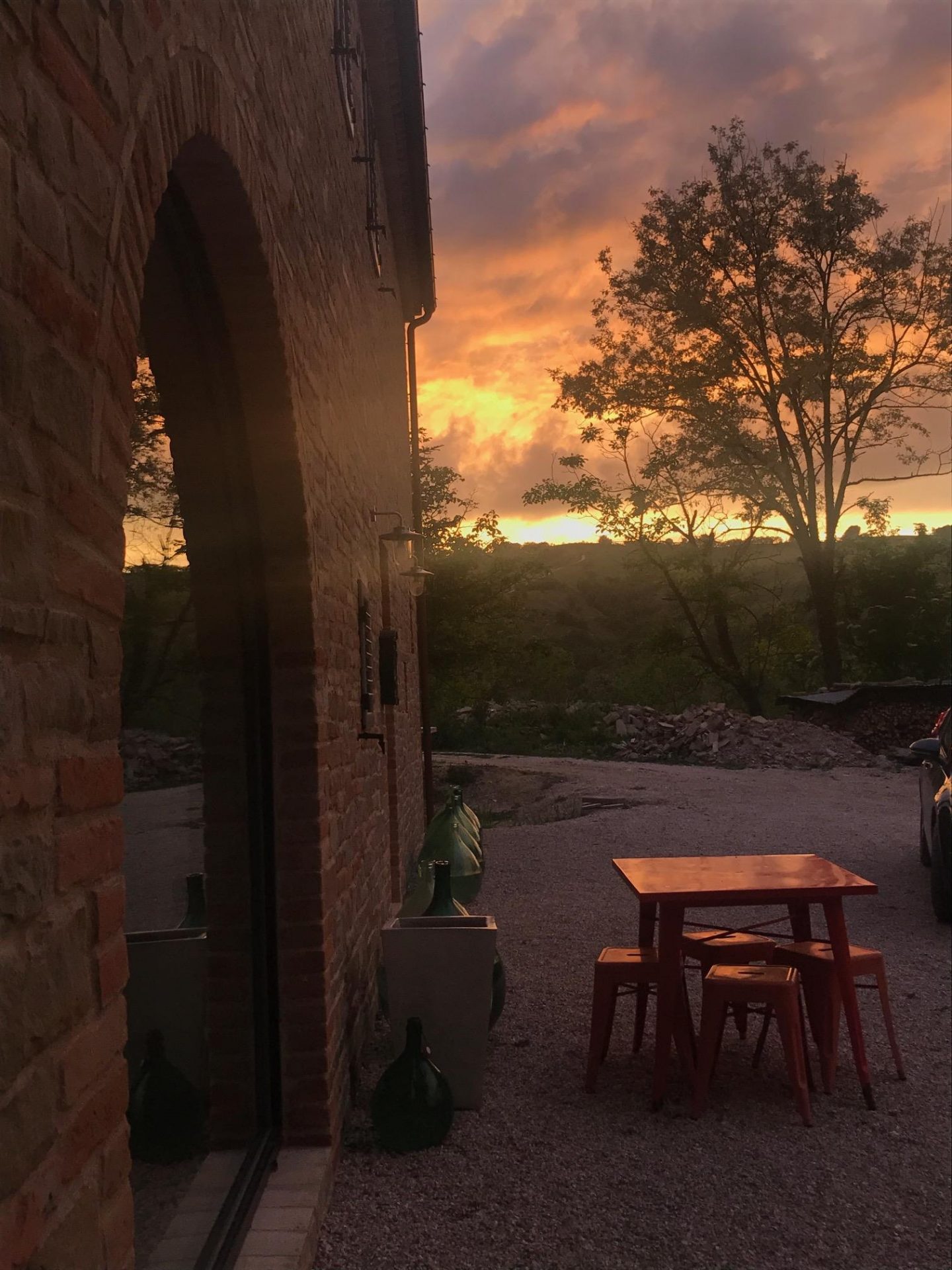 I’ve never been to a wine tasting before, it’s one of those things the girls and I keep meaning to get round to but just never quite do. And after experiencing wine tasting in Italy, I’m pretty glad I waited, because somehow I just don’t think anywhere else will measure up.

We continued to drive through rural Italy, finally spotting a building somewhere off in the distance at the end of a chalk path lined with Cypress Trees which was where we were about to spend an amazing afternoon. 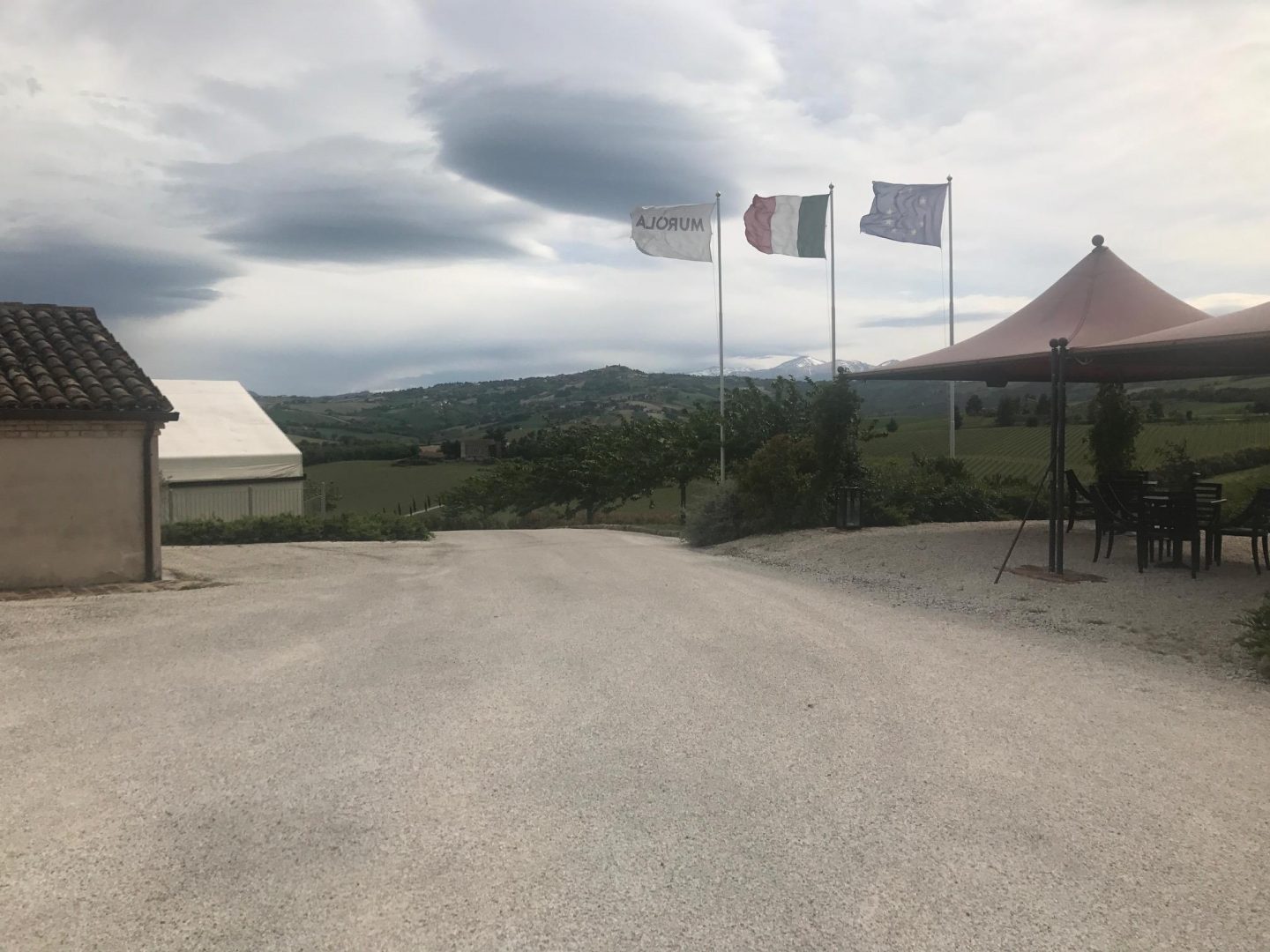 Cantina Murola is an incredible vineyard with a beautiful back story – The owners are now in their later years, with Federic now being 103! They have five children together – four girls and a boy, who now all work out on water cooling towers as engineers. Federic and his wife credit their old age to their incredible wines. 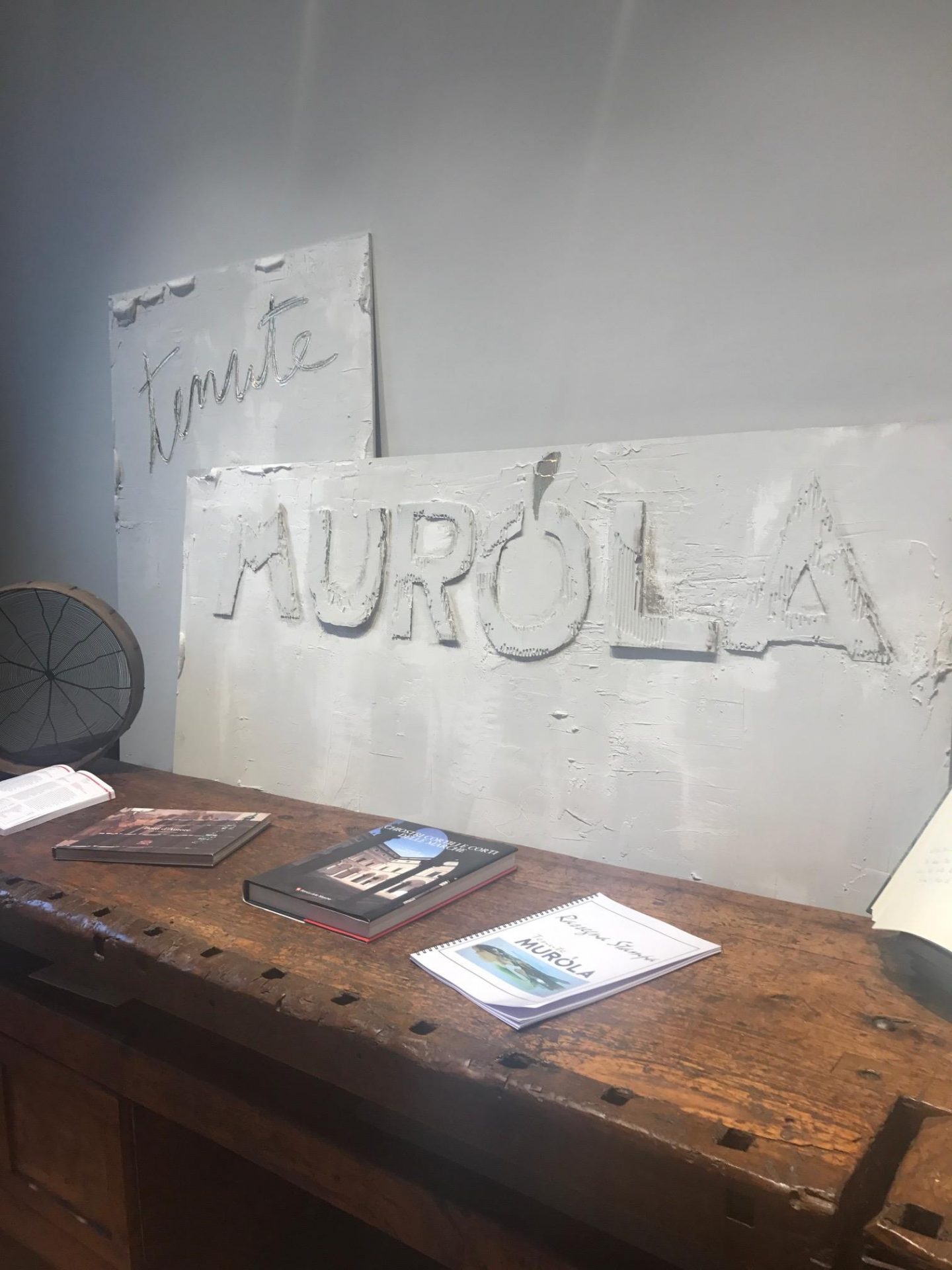 If nothing else, the architecture of the building is really something to be blown away by. The table in this photo was handmade by a local woman who’s Canadian; its in the shape of a snail as its meant to represent ‘home’ for the family. 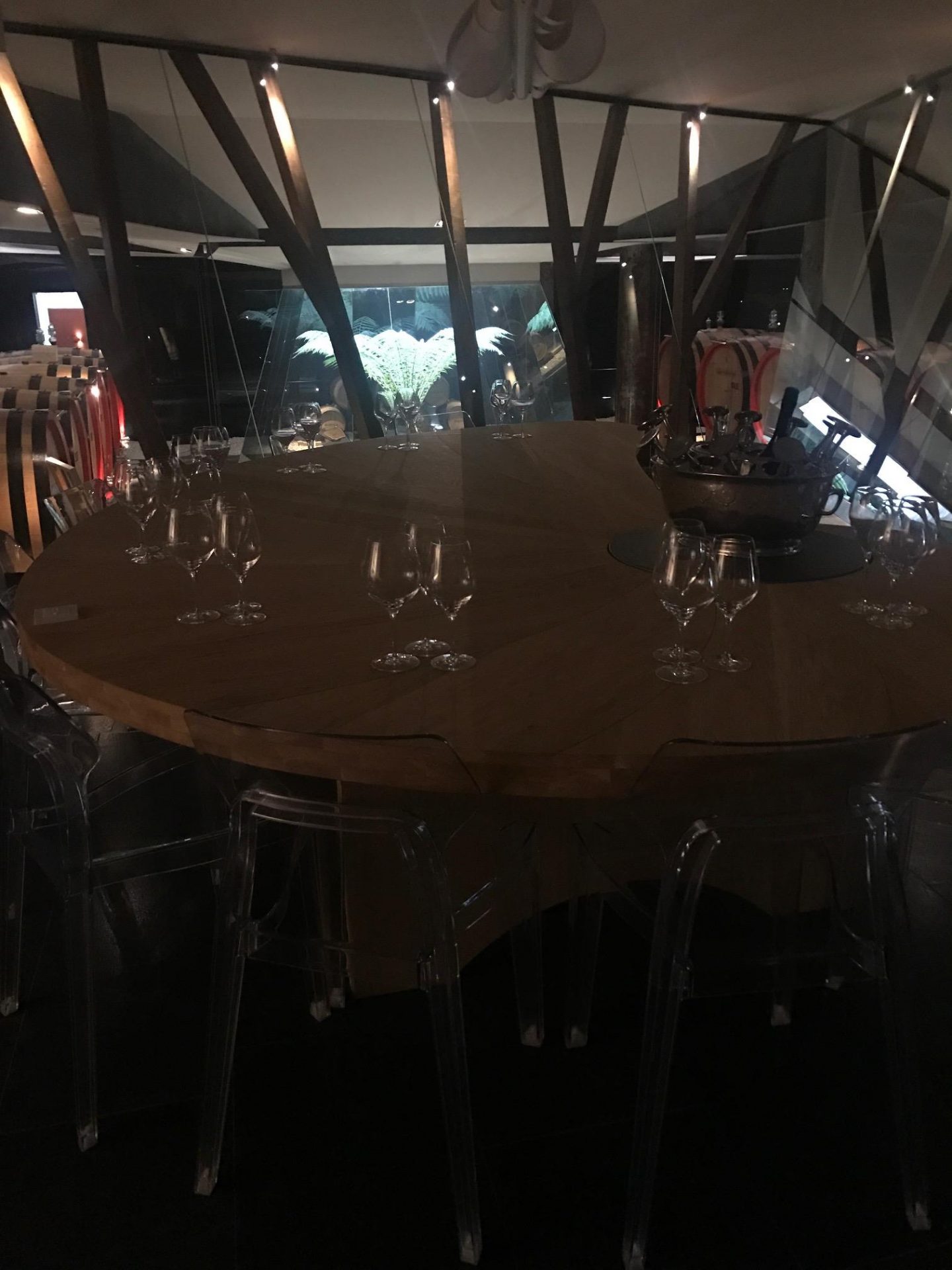 The barrels sit underground, around the Tree of Life, and each of the barrels is engraved with the name of one of the children, or grandchildren. 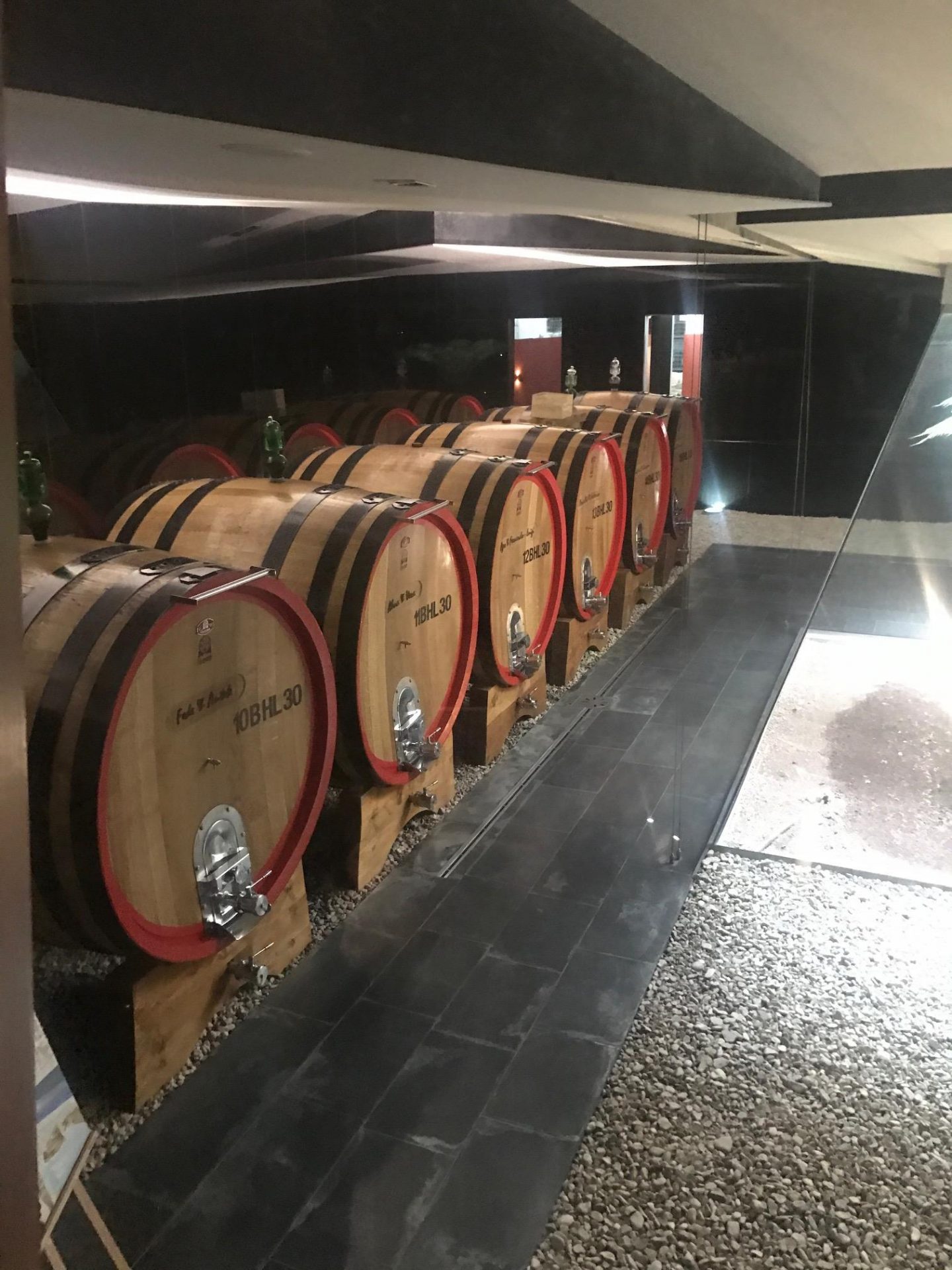 After being shown around, we were shown out to the vineyards, each of which had a beautiful red rose bush at the end. The rose bushes are sat at the end so that the vineyard can keep an eye on Green Fly etc and anything else that might be problematic for the crop.

After walking around the land and checking out the vineyards, we retired into the ‘Red Room’ which was lined with pictures of the various generations. Once again we were treated to some beautiful food – cheese and charcuterie, and having had fizz for most of the week, we settled on a bottle of red, rose and white to try. 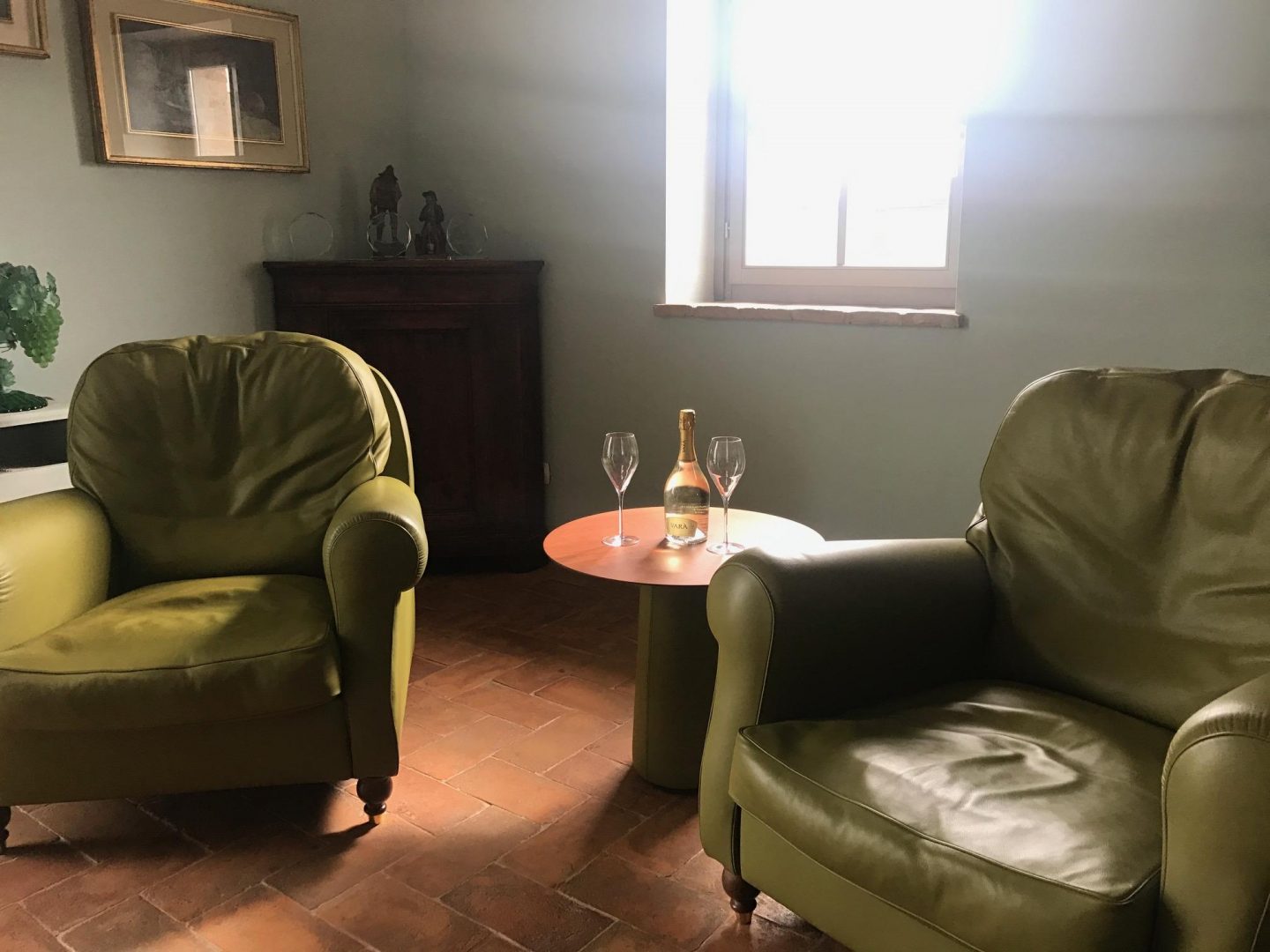 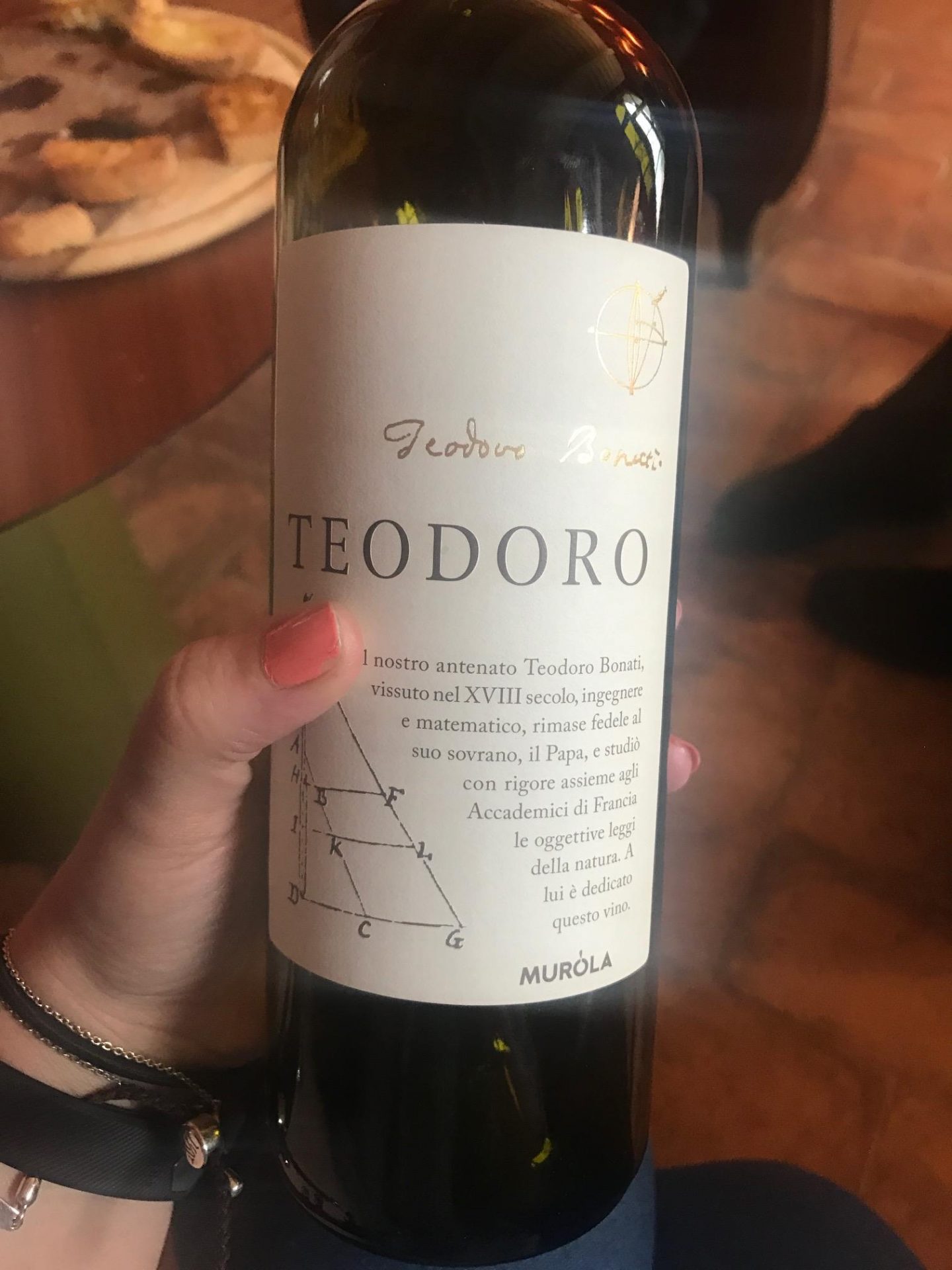 The red was the nicest wine I’ve ever had. Sat in great company, in beautiful surroundings, with incredible food… It was one of the happiest afternoons I can remember. 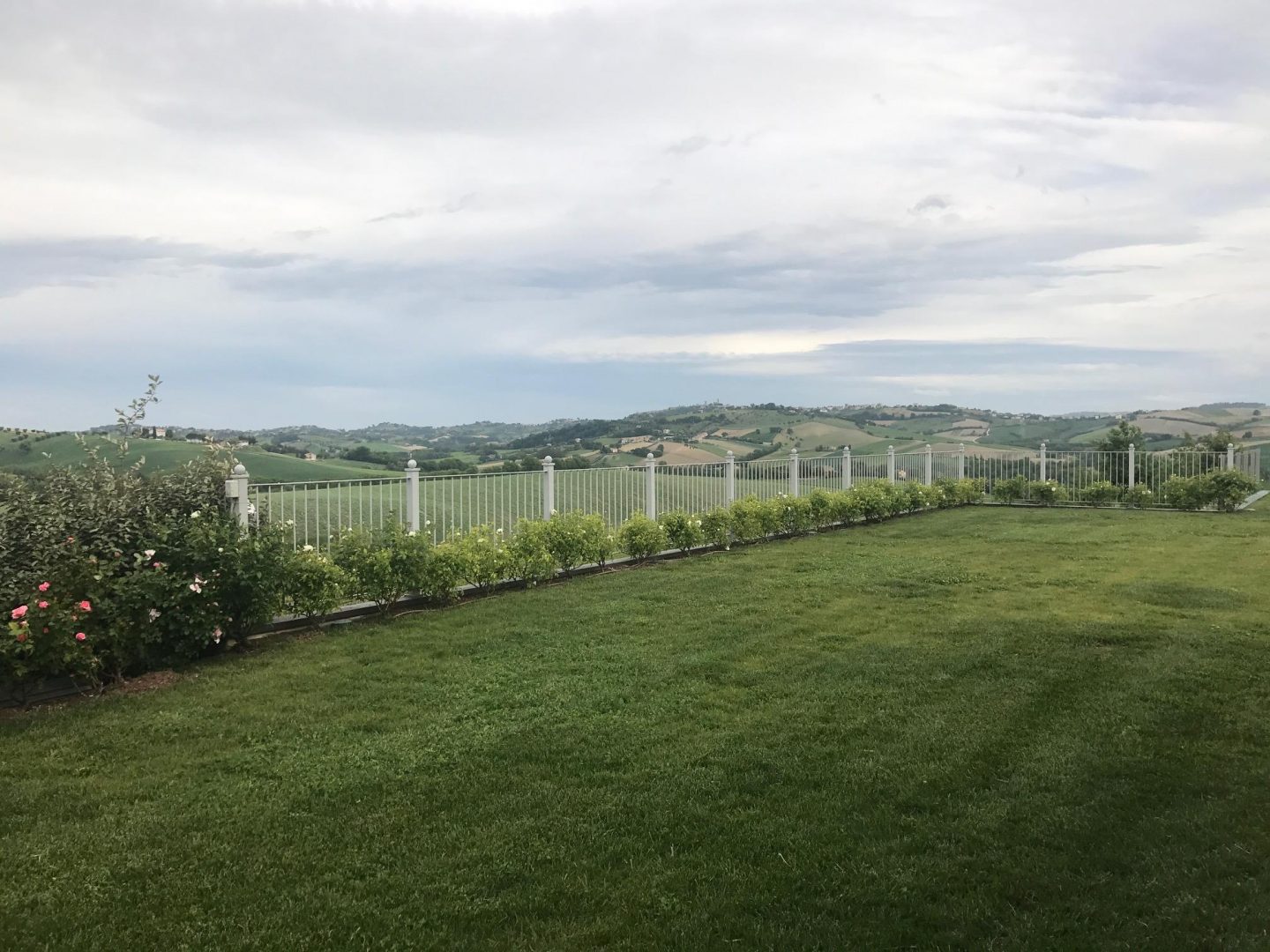 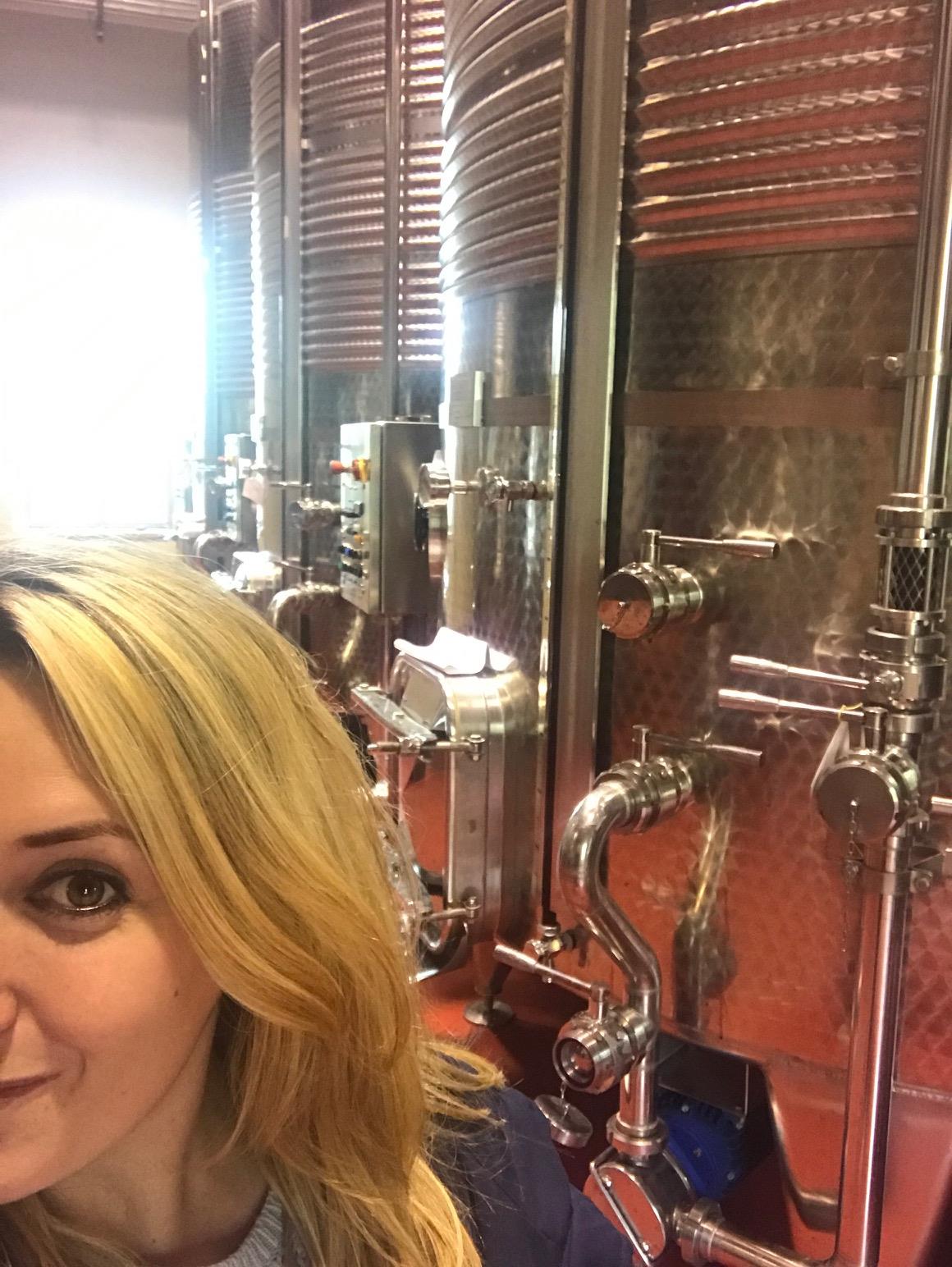 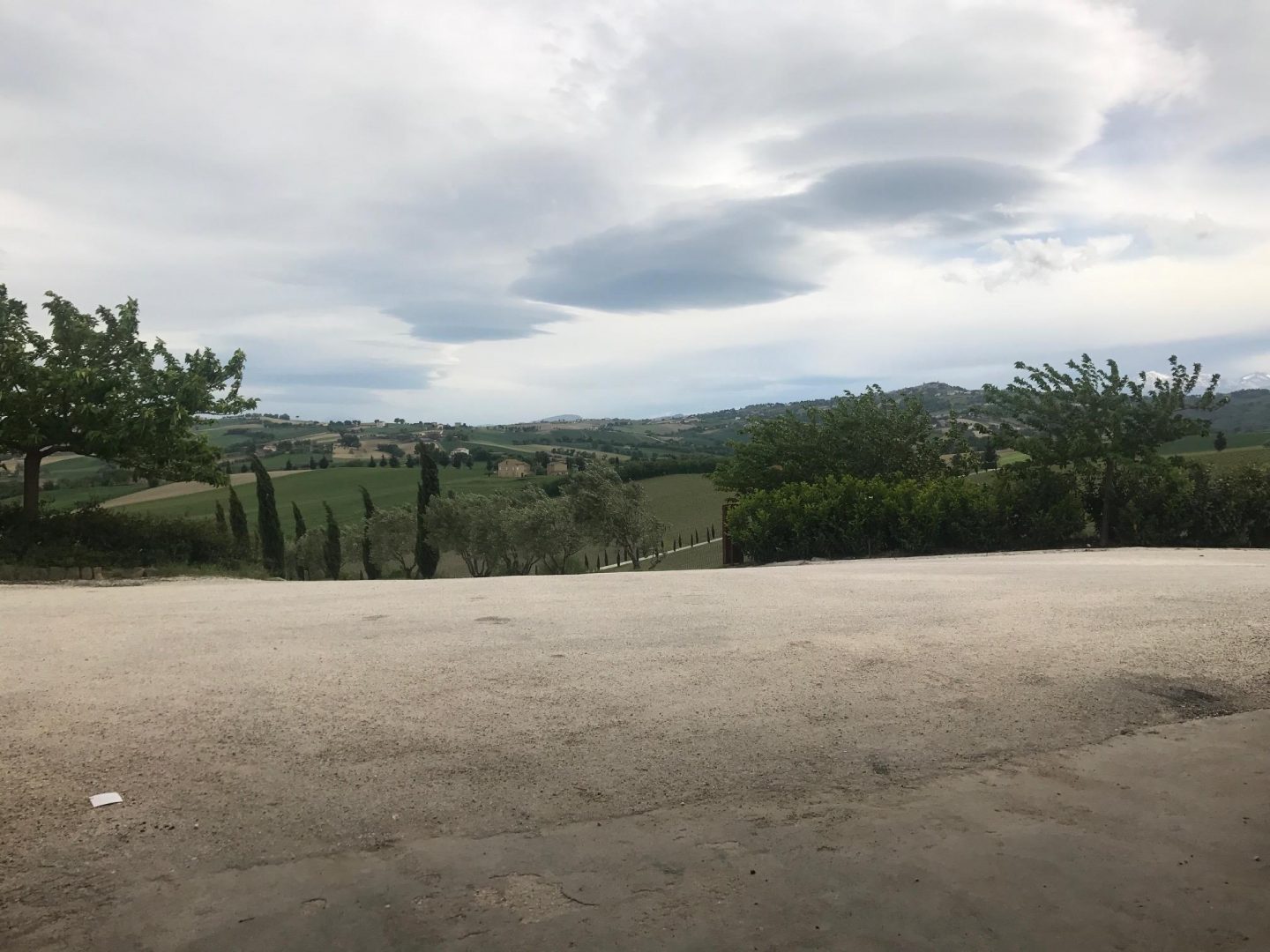 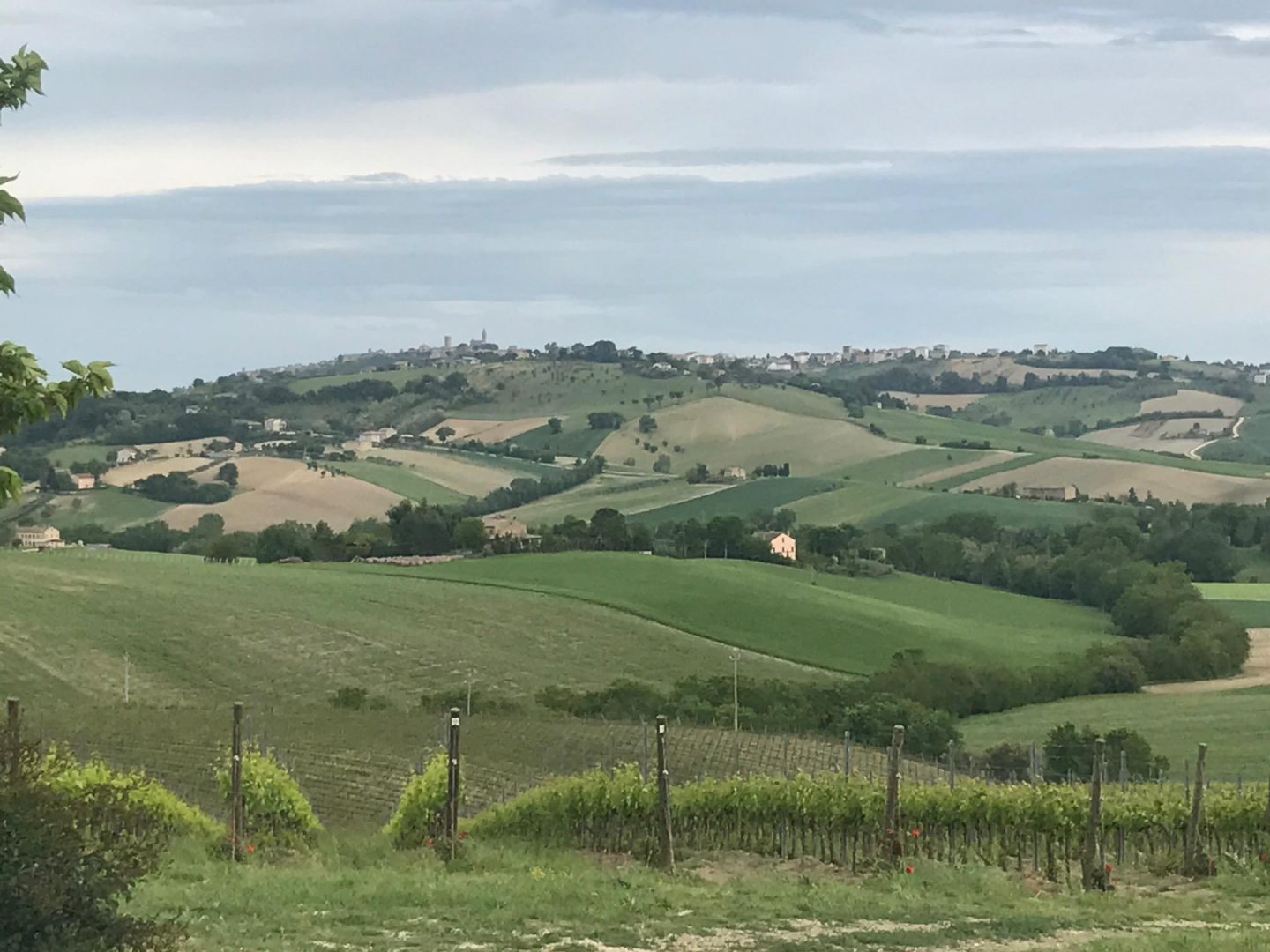 With that, it was time to head home, the sun had come out and we watched it sink lazily behind rolling hills as we took the drive home.

Back at the house, Kelda had prepared some supplì (Roman rice balls). We cracked open a bottle of prosecco and wondered around, taking in the spectacular show the weather decided to put on for us.

The sun dropped its way down, and the sky lit up orange and then pink, before dropping to a dark purple and sinking in to night. 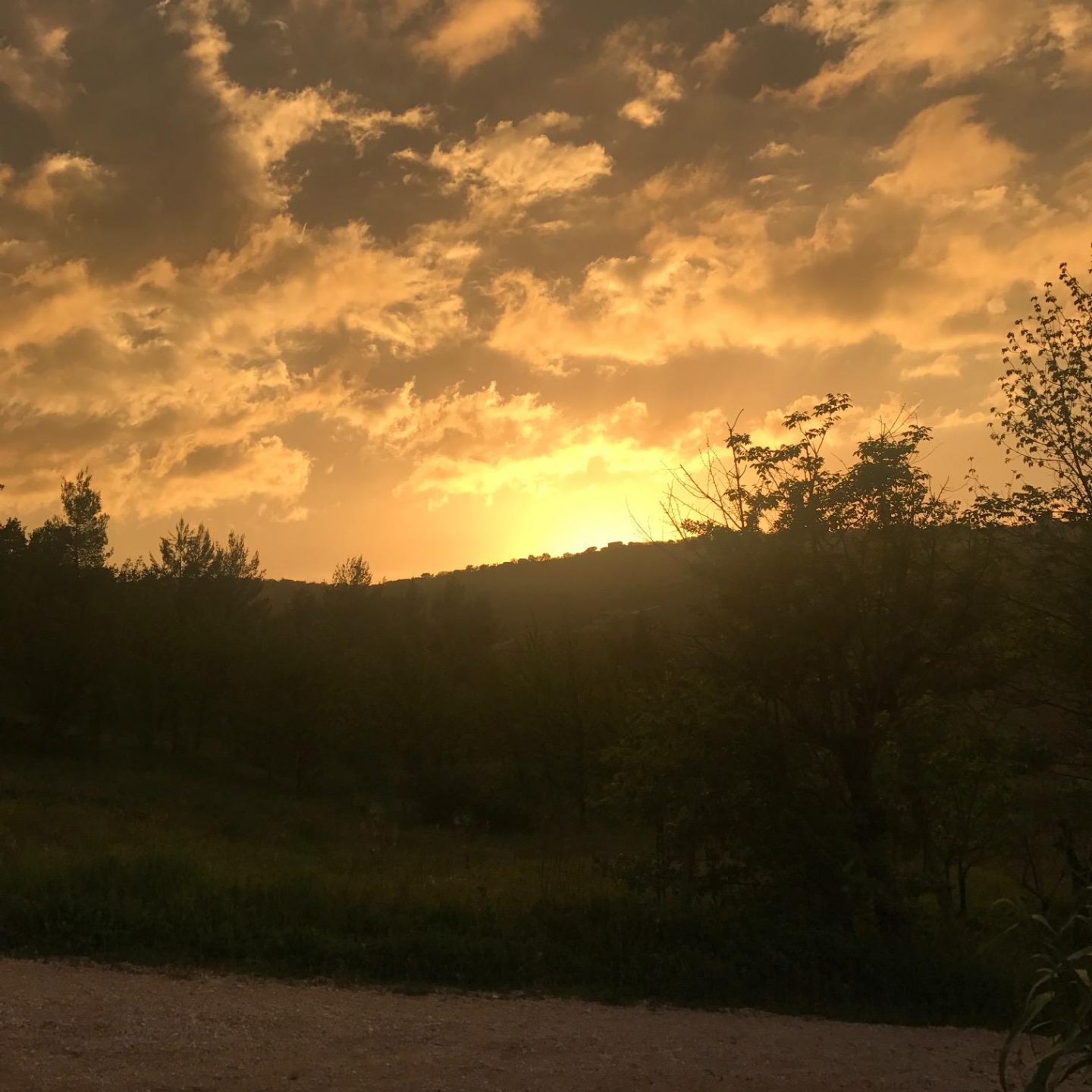 As it got a little chillier, we chose to eat inside. Kelda had done it again – this time whipping up an incredible risotto dish for us. Accompanied by the Theodoro red wine we’d procured from the vineyard earlier, playing old favourite hits on Spotify and reflecting on all the fun we’d had the last two days, it was the perfect way to end a magical two days.

Kelda and Mike are aiming to set up their stunning place and extend their hospitality as they move to run a B&B out of the house. I will definitely keep you all posted as to when you can book, but I wouldn’t be surprised if it was fully booked from the word ‘GO’. You can check out their Italian adventure by following Kelda on Instagram.

Leaving behind this view really took some will power! 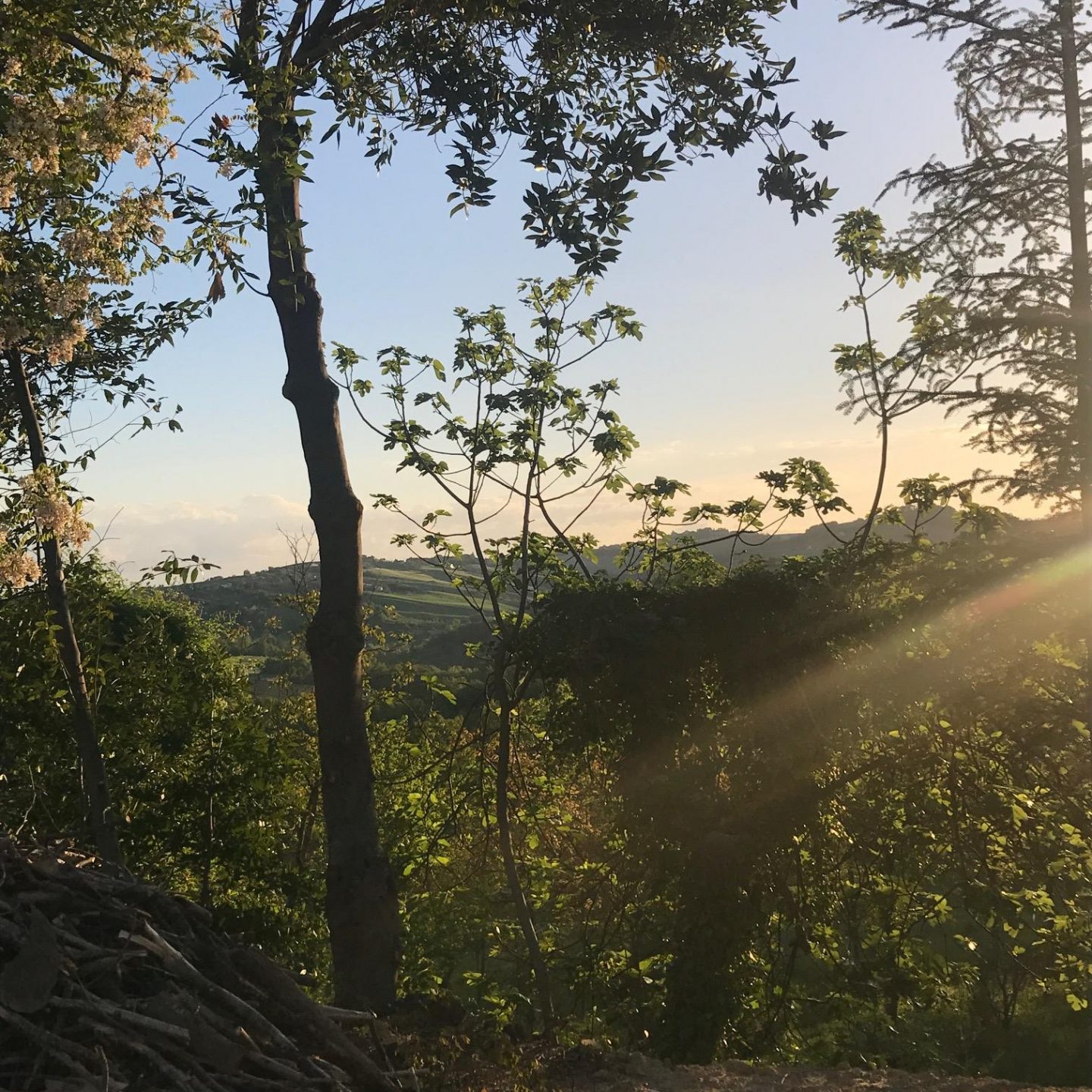 What an amazing two days – I’m pretty sad to be back, writing this from a crowded and busy London. A Tesco pizza and glass of Oyster Bay somehow just isn’t quite going to cut it tonight.