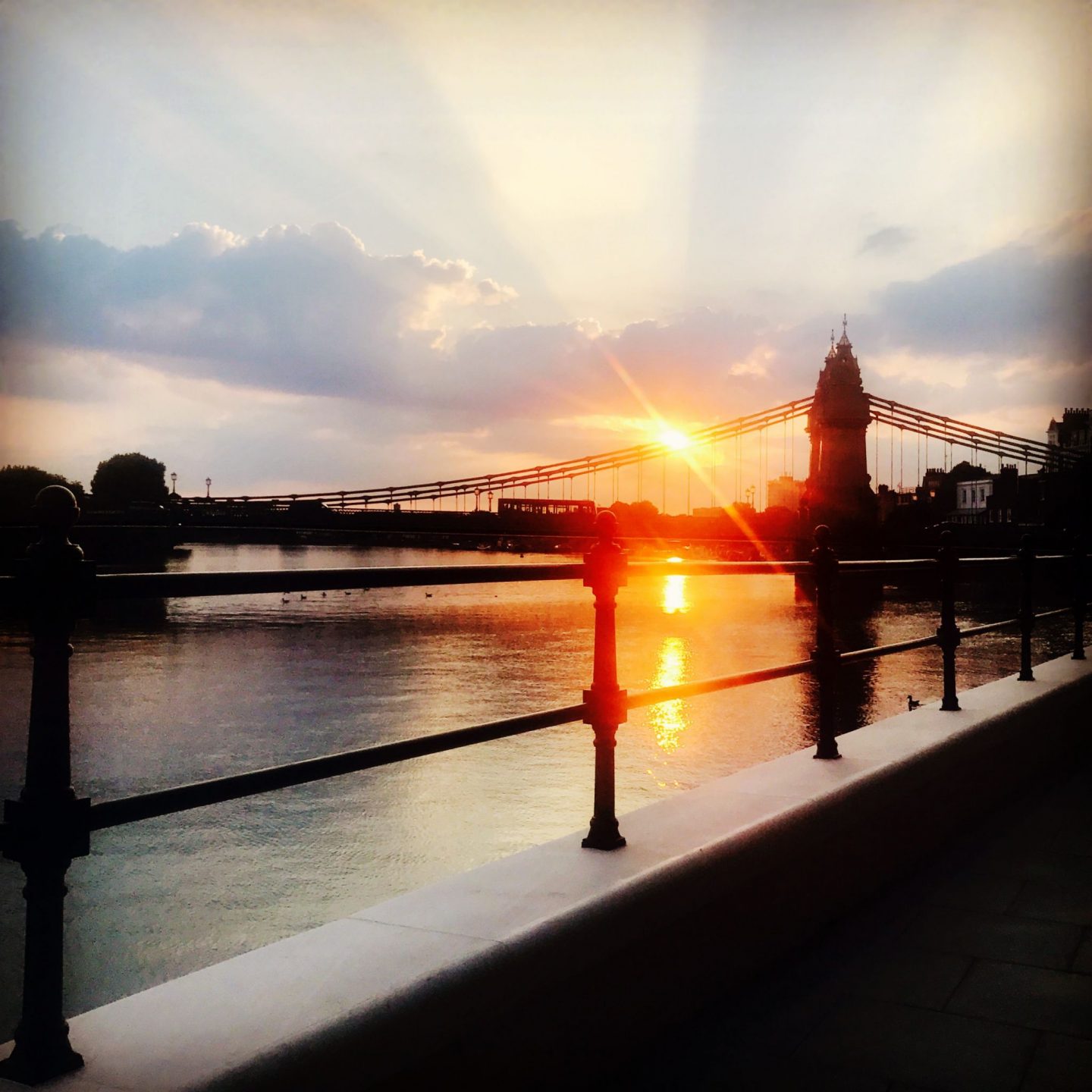 Have you ever had that moment where something shitty happens to you, and in turn, it sparks a series of shitty events, and before you know it your shitty day has, in fact, turned into a shitty situation (a shituation, if you will / wish to sound like Sean Connery.) Trust me when I say, I’ve really been there! And it took me a really long time to realise it was the best thing that ever happened to me. Let’s get personal – I’ll paint you the scene so you can understand where I was at. You’re going to need a big cup of tea, or something stronger. And sorry-not-sorry, this post is bloody massive…

(Also, sorry Mum and Dad but this one gets a bit swear-y).

My job….
I had just left a job I loved because I had a boss who was putting me under crazy pressure. I was the only one in the team, so escalating it would have made life difficult. Although it pains me to say this, I did not listen to my Dad who told me not to jump for the first job that came along, which I duly did (yes yes Dad you can take this is as an admission of you were right and I was wrong…), taking a swift paycut and not really thinking through the impact commuting from a town in Buckinghamshire to London every day would take on my now depleted finances.

My love life …
I was also in the messiest relationship situation, which was so ridiculous it could have been on Jeremy Kyle – I was with a guy who I’d met who lived in my building, who’s ex was now with my ex.  He still saw them both regularly, due to having a child with her.

My social life…
Not to mention, I was so lonely – I didn’t really have a big group of friends – actually, I pretty much had no friends bar my one bestie who lived in London, and this guy and I spent all our time sat in on the sofa. God seeing it written down like that my life really was a bit tragic..! And I say that because I know, looking back on it, I was desperately unhappy but I was settling for what I thought was as good as it was going to get for me.

So, I begun my new and underpaid job. I dated the guy. The guy and I went on a break, and work took me to India, where I’d meet H (who you’ll remember from this post!). H soon became my saviour. We were best friends, pretty much instantly. I mean, Deli Belly really does forge a bond with your colleagues that you’ll never forget. I came back, the guy decided we should be together again, I went with the flow.

One year later…
The guy asks me to move in. Fast forward a few days later, and I was having a rough time – the commute meant I’d missed a chance to go and see my Grandparents who I’m really close to. They’re in their 90s, and all I could think about was how stretched I was with work, and how sad I was to have missed seeing 2 of my favourite people, not to mention a cruel little voice in my mind suggesting I might not get another chance to see them. So, I cried in front of this guy for the first time, admitting that I was having a tough time and feeling a bit depressed with life overall. And just like that, he told me “I just don’t think you’ll ever be good enough for me”, and there it was – over (you’d have thought I’d have had a dawning realisation at this point that this guy was a MASSIVE douche bag, but no, the penny didn’t drop just then…)

Of course I didn’t think it was over over – I just thought he needed break etc. I came home from work a week later, and my stuff was on the doorstep. Fucking brutal eh? So, there I was, 23, dumped, moving back in with my parents, scraping by because I’d taken this RIDICULOUS pay-cut in my desperation to get out of a job that was driving me insane. So, H and I started going out after work and she used to let me crash at hers (she’ll tell you I still have her good black Warehouse top somewhere which I borrowed after yet another night unexpectedly staying at hers!). We’d put the world to rights over a bottle of dodgy white wine (or 5) at the world’s worst bar in Pimlico. It might have had sticky floors, poor food hygiene standards and service that certainly never came with a smile – but the best of friendships were forged in the corner of that pub, on the table right at the back, exchanging life stories, laughter and some tears once or twice, too. I honestly think H is my guardian angel. When I look back at that time, I have no idea how I’d have got through it if it wasn’t for her. 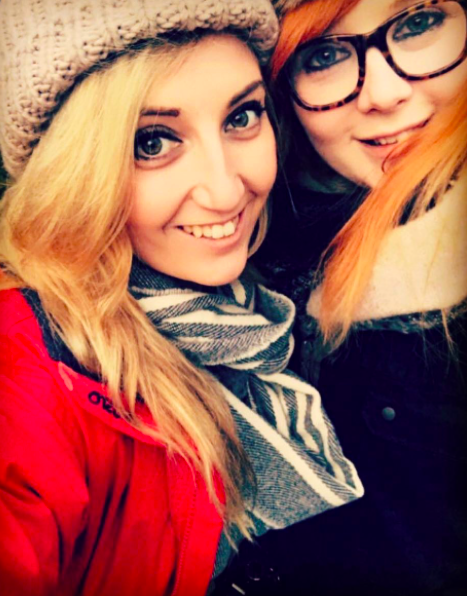 Meanwhile, my commute was driving me insane! a 20 minute drive, an hour and a bit train journey, a tube, another tube, and a walk – all to get me to my job. Which, incidentally, I was hating. I was so frustrated and stressed, with no time to eat I ended up losing weight (which is a challenge for me at the best of times). One day I was on the train home, I was picking at an M&S sushi (way out of my price range at this point but I was SO. HUNGRY.) sipping a G&T out the can, by myself, on a train, on a Tuesday. When I decided, enough was enough. I was going to move to London, I didn’t care any more, I wouldn’t bother trying to be friends with my housemates, I just needed a roof over my head so that my commute was no longer five hours+.

THEN…
In my usual way of making a snap life-changing decision I contacted one place to go and test the waters. Before I knew it, I had a viewing on the Sunday. So I drove to London, picking up my best friend who’d moved to London a couple of months prior. I was greeted by three of the friendliest faces. The room was weird, but cool (it had a bath in the eaves… Actually on reflection, the house was really ramshackle!) but it felt like ‘my’ room. We all sat and had a cup of tea, trying to figure out if we were compatible, or at the very least, co-habitable. I left – I’d put my best self on, but I didn’t know if it would be enough. That night, my phone rang with an unknown number, it was the girls to say they wanted to live with me. I later found out that they decided on having me instantly, and were trying to figure out which of them would sound the least crazy before they called as they thought I was going to reject them (little did they know I’d not been to a single other viewing, or that I was just as bat-shit crazy as they are!).

A week later, H and I met K – who would soon become one of my closest friends – in Oxford Street where she handed me the keys, gave me a big hug and said she couldn’t wait. and neither could I 🙂 .

And so, my commute when from 4.5 hours, to 45 minutes – I started to read, and dare I say I actually like the tube? My housemates, two of their friends and I became a close-knit group of 7. We watched Harry Potter and cooked roast dinners on a Sunday, and ventured away on holiday together in the summer. We moved house when our landlord became too much of a nightmare to deal with. I laughed with the girls about all things dating. I laughed with the boys about our in-jokes. Most of all, I was laughing again. 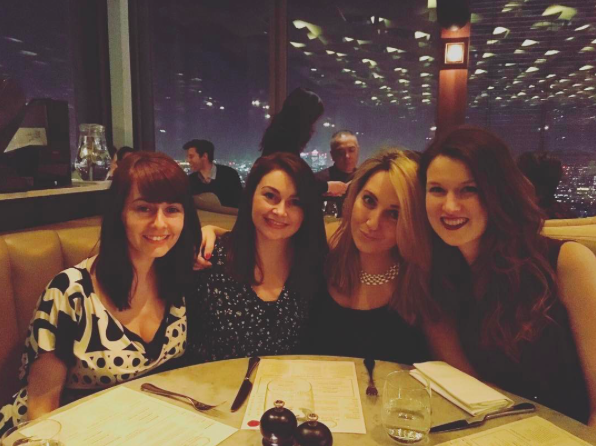 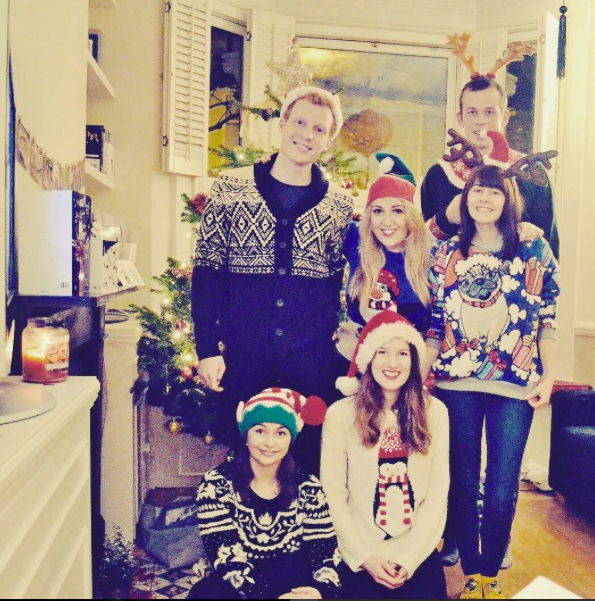 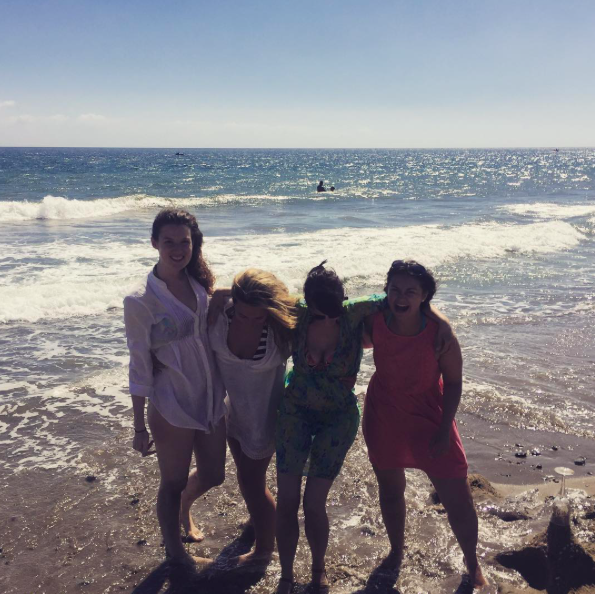 H and my friend who already lived in London came over all the time too. I made a couple more friends through work and London. And then I got a new, better paid job, where I was really taught my worth by my amazing bosses.

None of this happened over night. It took me over a year to get each part of my life sorted. But it was finally my life. I finally had friends, and the type of friends who were going to stick around when it got tough and be inclusive even when it wasn’t. I finally had a job that I was good at, and where they knew my worth which in turn made me realise it, too. I had a home, that really was a home. I didn’t (and still don’t) have a boyfriend, and to be honest after years of thinking that’s what I want, I honestly, think I’m cool. The right person coming along would be ace. But I’m so fulfilled in so many ways, that it’s OK that they’re out there doing whatever it is they’re doing right now. 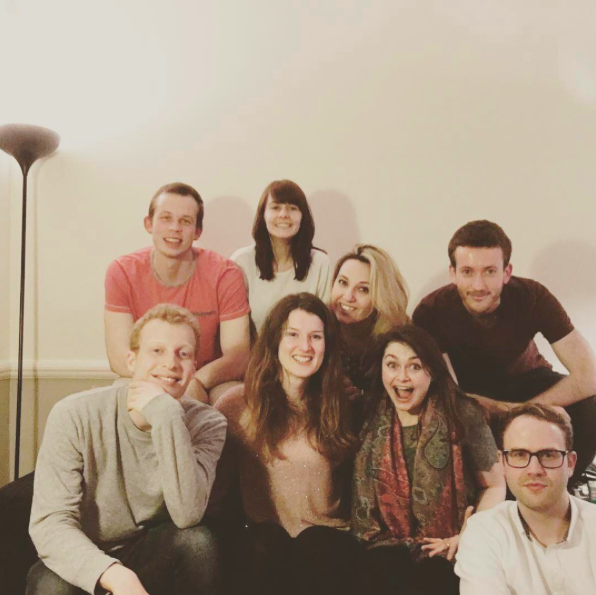 So now, when I have a shituation on my hands I take a deep breath, and I think about the things that make my life so happy now, that wouldn’t be there:

I learned an awful lot, too:

Lastly, I remember that sometimes when life puts you on the worst path you’ve encountered, it’s also probably leading you to one of the greatest adventures you could ask for.