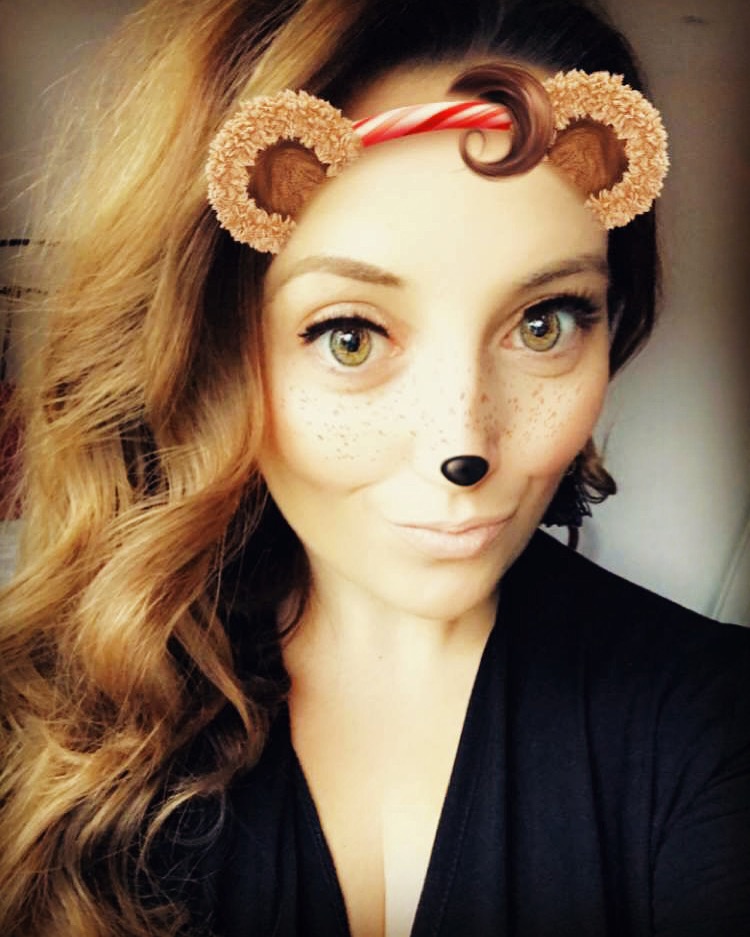 It’s probably a little bit early to be doing a round-up post, as I imagine most organised bloggers have them written and scheduled neatly for arrival on 31st, but, I’ve finally got time to breathe and I’ve finally had a chance to get my headspace back together, so I wanted to get back on the blogging horse, so to speak, with a bit of an explanation as to where I’ve been…

Today’s post is a little hard to write in places, and for people who read this blog who also have Mental Health issues, please note a Trigger Warning as some of this post will cover depression and anxiety.

I actually started Finding Kate roughly one year ago – I was bored during a hectic family-fuelled Christmas, and fancied an escape so I kick started my plans for this little blog. I had no idea then, that when I started this blog that 2017 would be the year that I:

Nor did I have any idea that this year would see me through possibly the worst phase of my mental health to date. It’s a bitter sweet year in that sense – given all the travelling and excitement that brought alongside it, and the fact I did it, despite a fear of flying (7 flights in about 11 days wasn’t too bad going!). You can imagine my disappointment then, when despite all of that, I managed to spiral into a hole of anxiety and depression that felt so bleak it didn’t seem like it was ever going to go away.

I saw my councillor on a regular basis, tried medication that didn’t agree with me and spent my time feeling as though I was locked in a dark room trying to feel my way out through a door that was nowhere to be found. Still, my councillor and I carried on, and I found some different medication that suited me better. I started to try and practice mindfulness with varying degrees of success. Every now and then, a slightly less dark day was thrown my way.

During this time, I tried to blog on several occasions – I’ve always liked writing and have over the course of the year, often found blogging to be a nice distraction. The words didn’t come, and my drafts page has about 4 ‘no title’ posts all of which start along the lines of ‘Im not in a good place’ – and I really, really wasn’t.

I felt so lonely – I had a long commute to work, and felt pressure to be around people when I wasn’t at work or at the weekends because I was spending so much time away from everyone, but in all honesty, it was like living in a time lapse, just standing still while everything happened at super-speed around me.

There was no defining moment of waking up, and feeling immediately better, but there has been a combination of things; medication kicking in, feeling a bit more confident in my job, changing my routine to suit me a little more…

However, I met Christmas with quite a degree of apprehension. I love this time of year, but a big lesson learned this year is that your Mental Health doesn’t take a holiday when you do. So I decided to take it one day at a time, and when Friday 22nd got here, I was exhausted, but ready to spend time with loved ones, and embrace what Christmas had to bring.

Christmas can be hard for lots of reasons; it can be hard if you don’t get on with family, or if you’ve lost a loved one, if it exacerbates your loneliness,or if indeed, you carry your Mental Health around like a secret you don’t feel you can share. Christmas is a lovely time – but don’t be too hard on yourself if you’re in the camp of people who can’t wait for it to be over; even if you’re surrounded by loved ones etc. It’s always OK not to be OK, and it’s especially OK not to be OK at this time of year – just know that you’re never alone 🙂 . 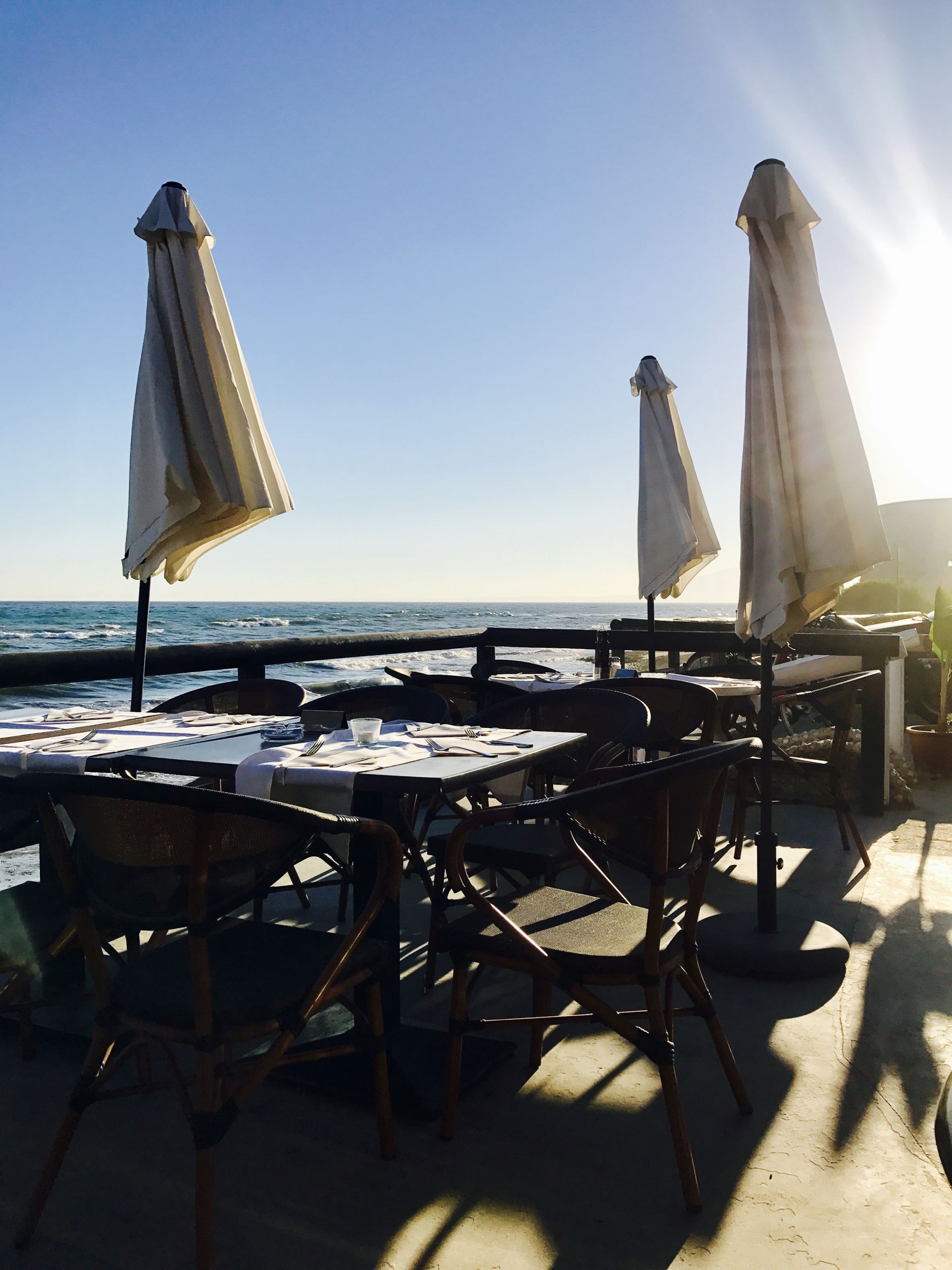 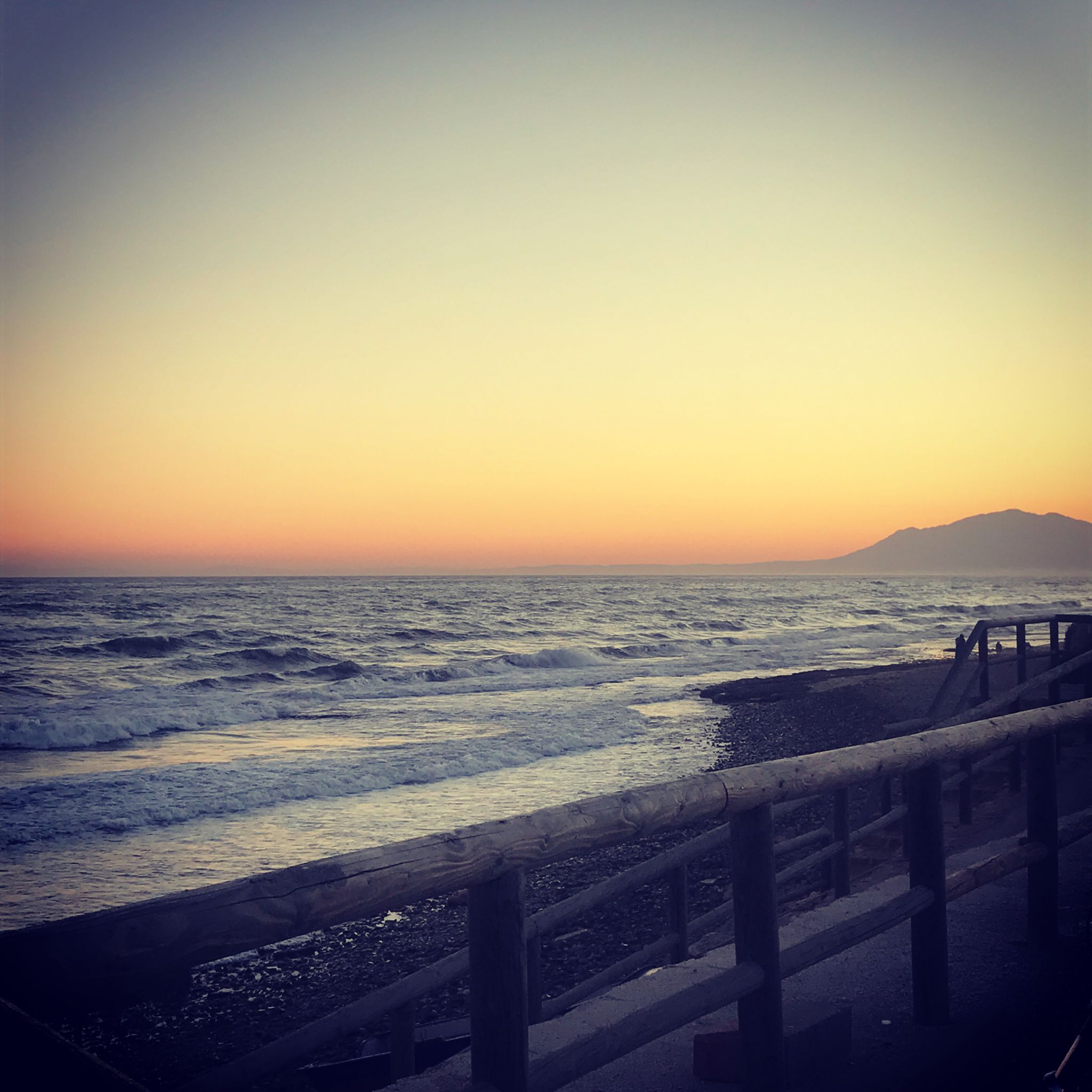 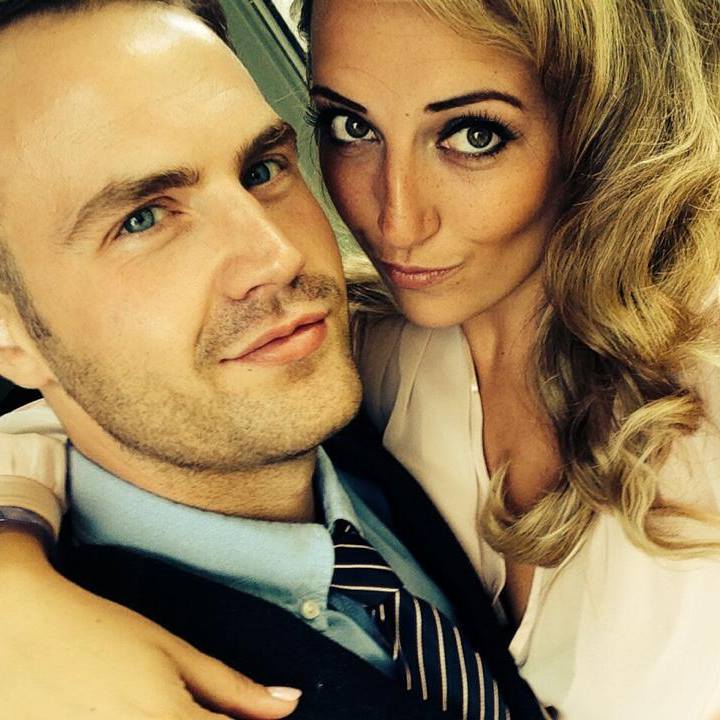 Caught seven flights across the world to hang out with my big brother and my sister-in-law (while she was heavily pregnant with my identical twin nieces!)… They made an appearance a few weeks later 🙂 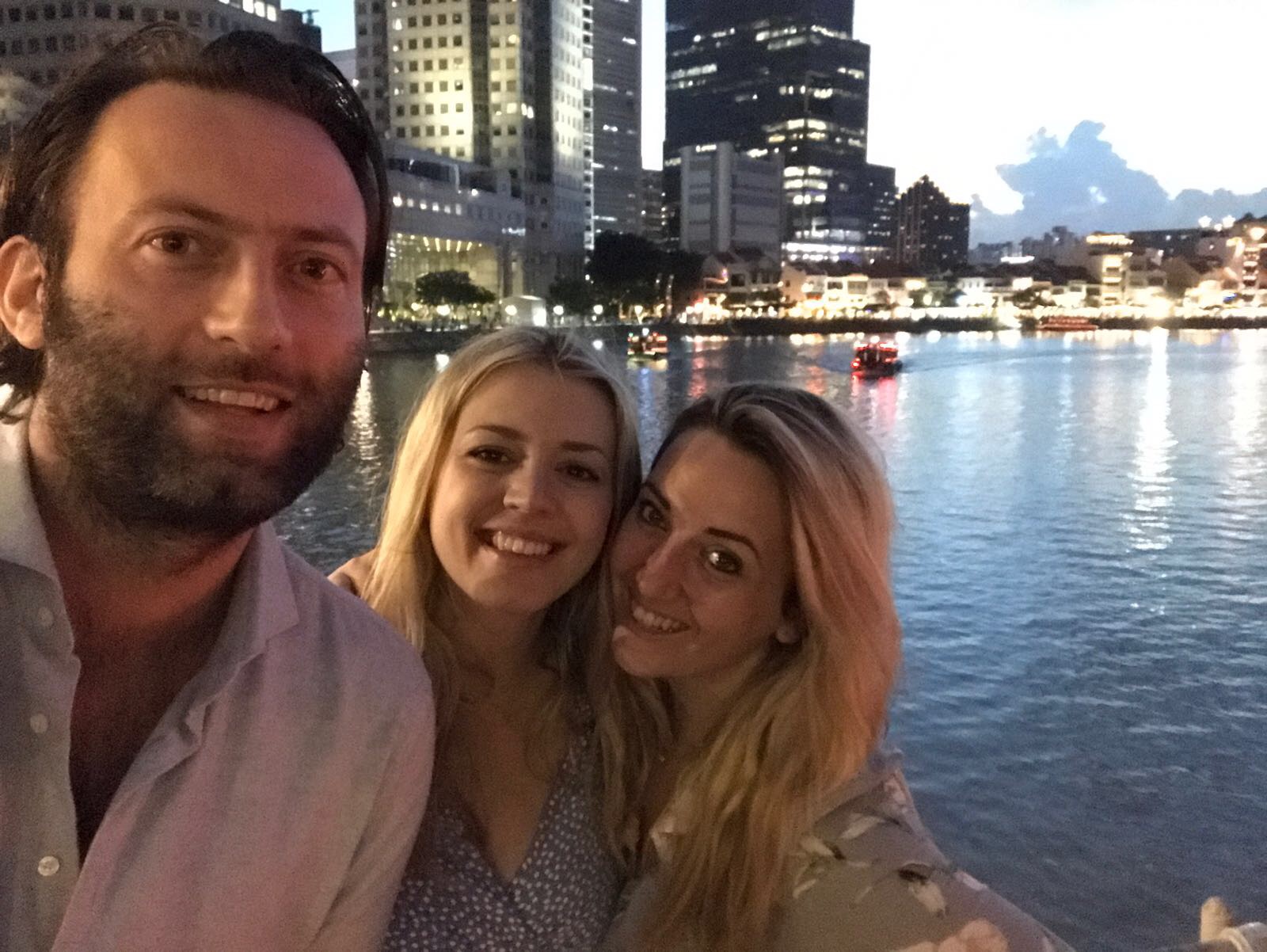 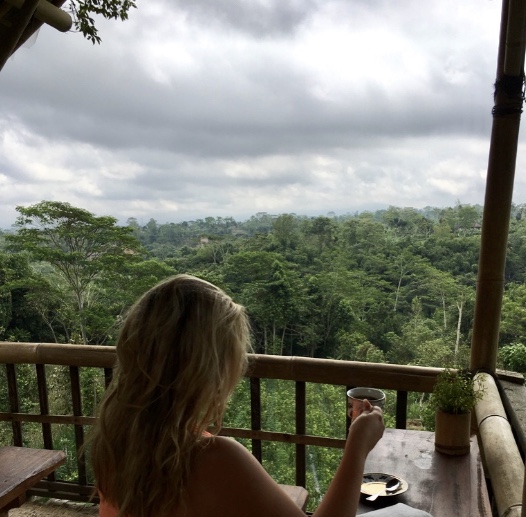 Climbed a volcano to watch the sunrise… 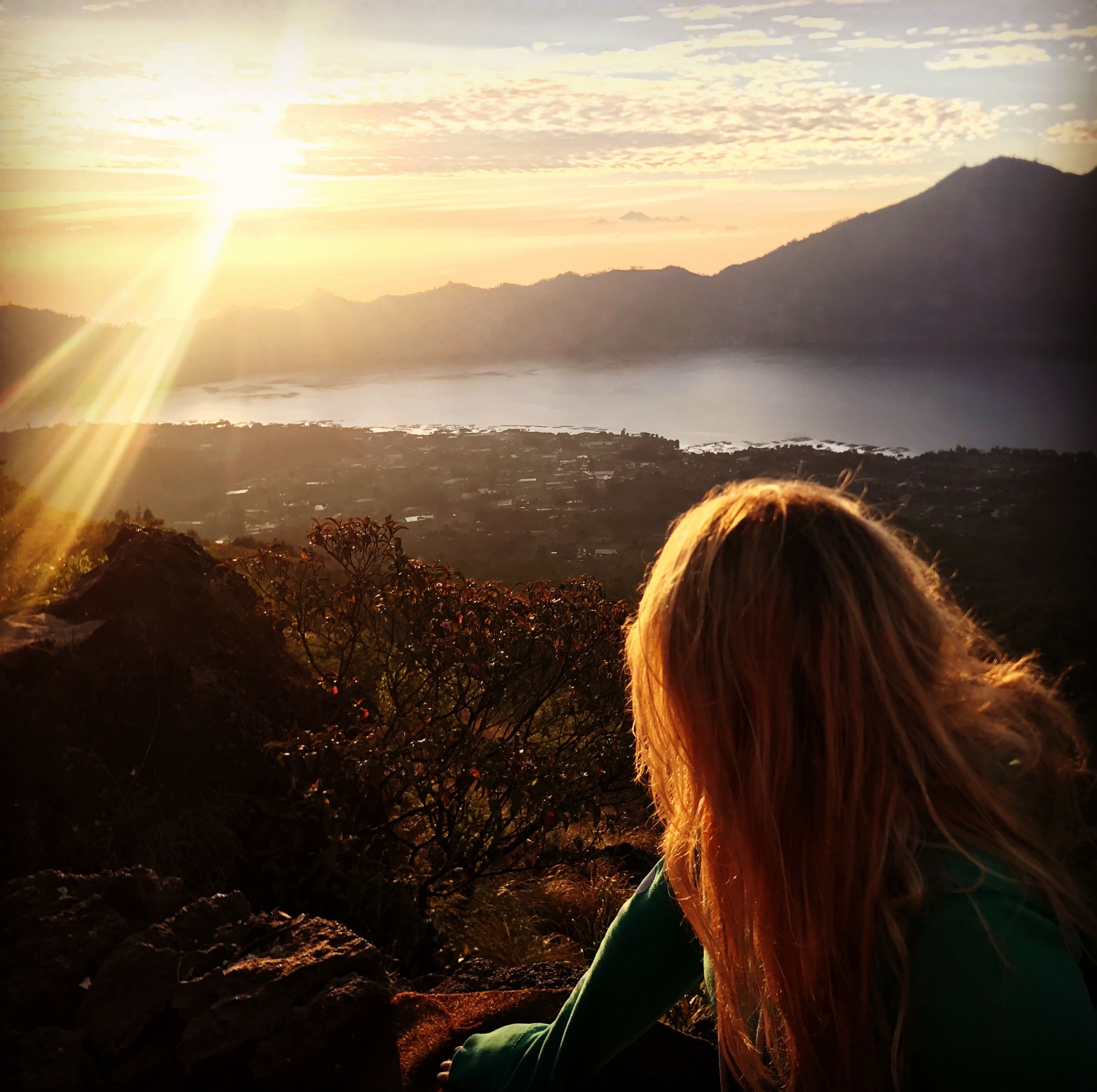 Met Hels and Abbey … I honestly… I don’t even know where to begin. It all started from a few tweets, and now we have a group WhatsApp and we talk to each other every day. We’ve made a heap of lovely memories already – from our first meeting at Peggy Porschens, to sleep overs, to hanging out at Hels’ wedding and spending days in London (with honorary blogger Dougie, of course!). I absolutely love these girls, and I’m so excited for many more years of friendship to come. 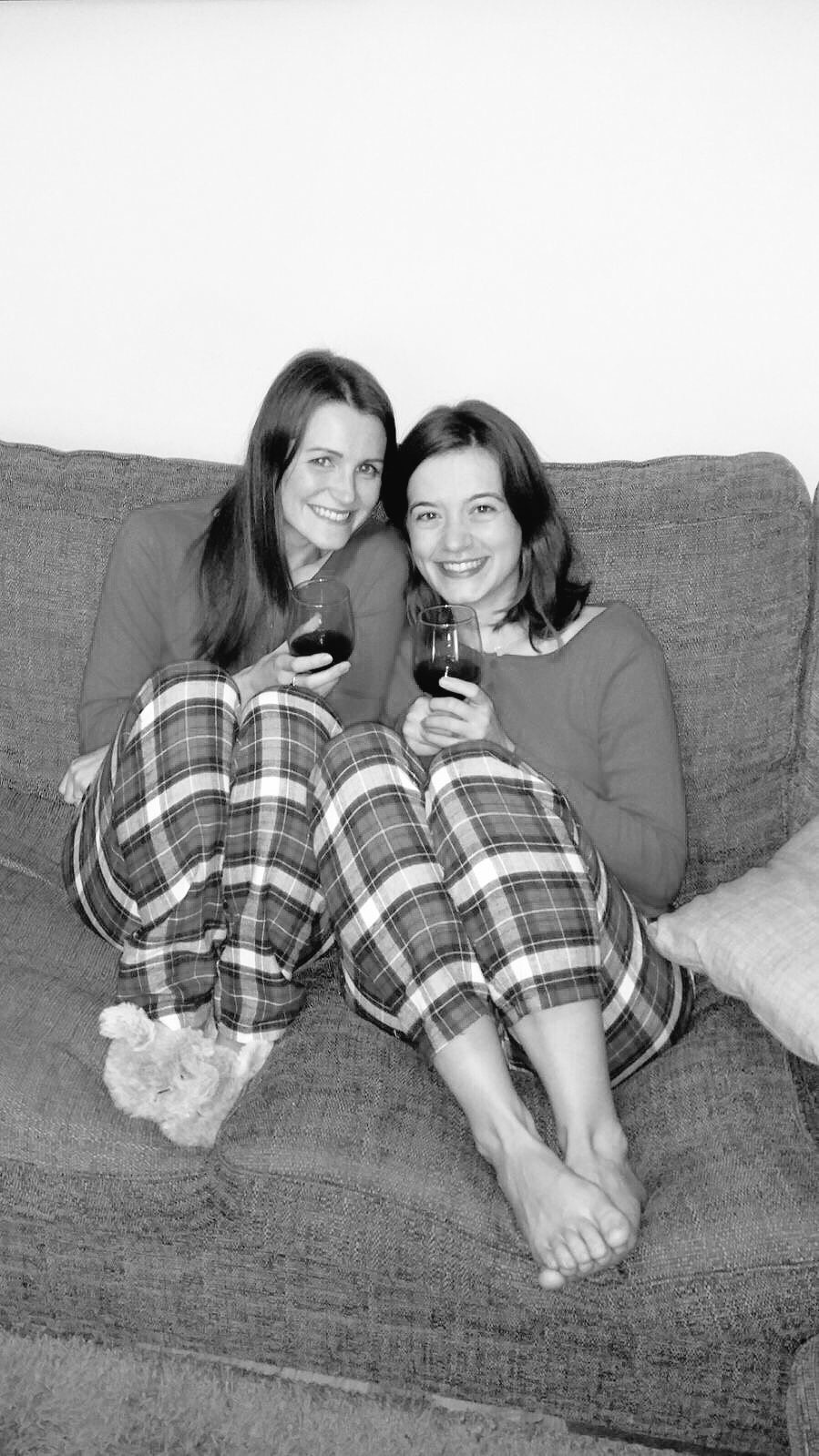 Got to spend a pretty magical weekend with all of my family. They are amazing and have been such a support to me over this strange year. 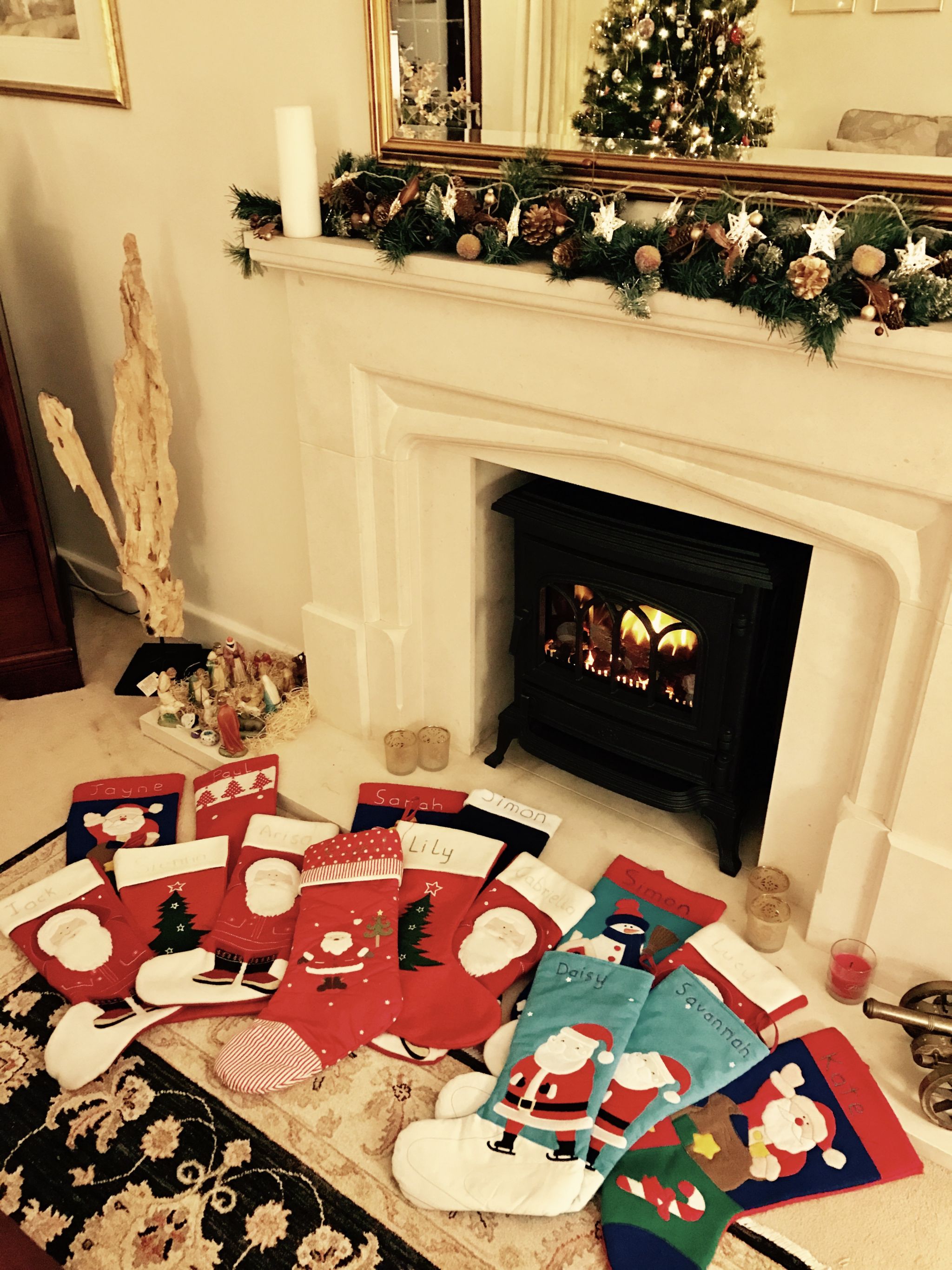 Realised how lucky I was to have the likes of H and J in my life – honestly, we’re as tight as can be, they’re like family to me and have looked after me so much this year when things have been awful. We’re headed for Prague next week and I can’t wait to spend time with two of my best friends. 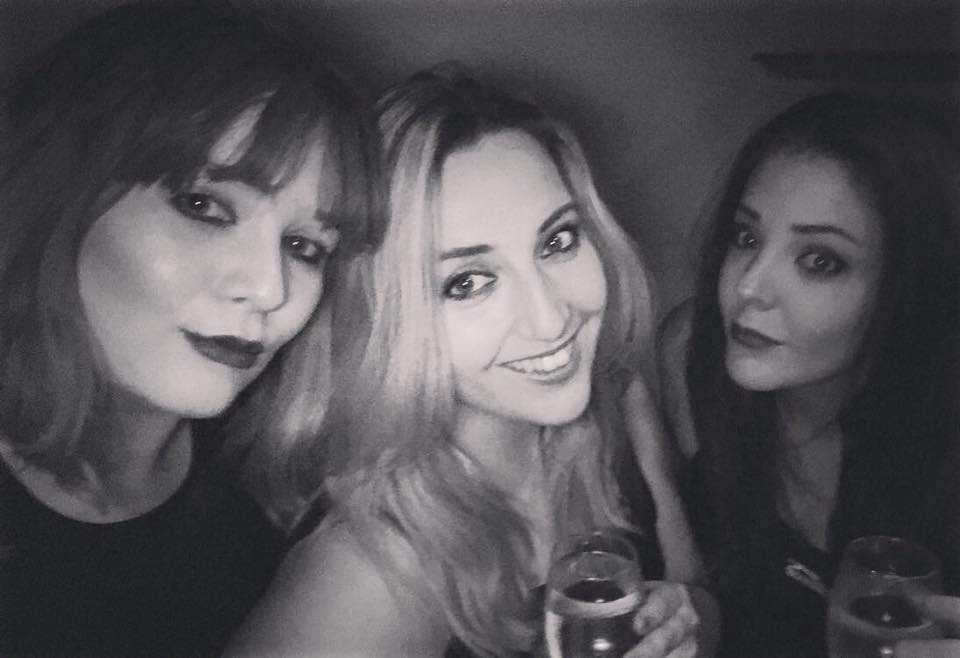 Celebrated another housemate Christmas with my London Family! 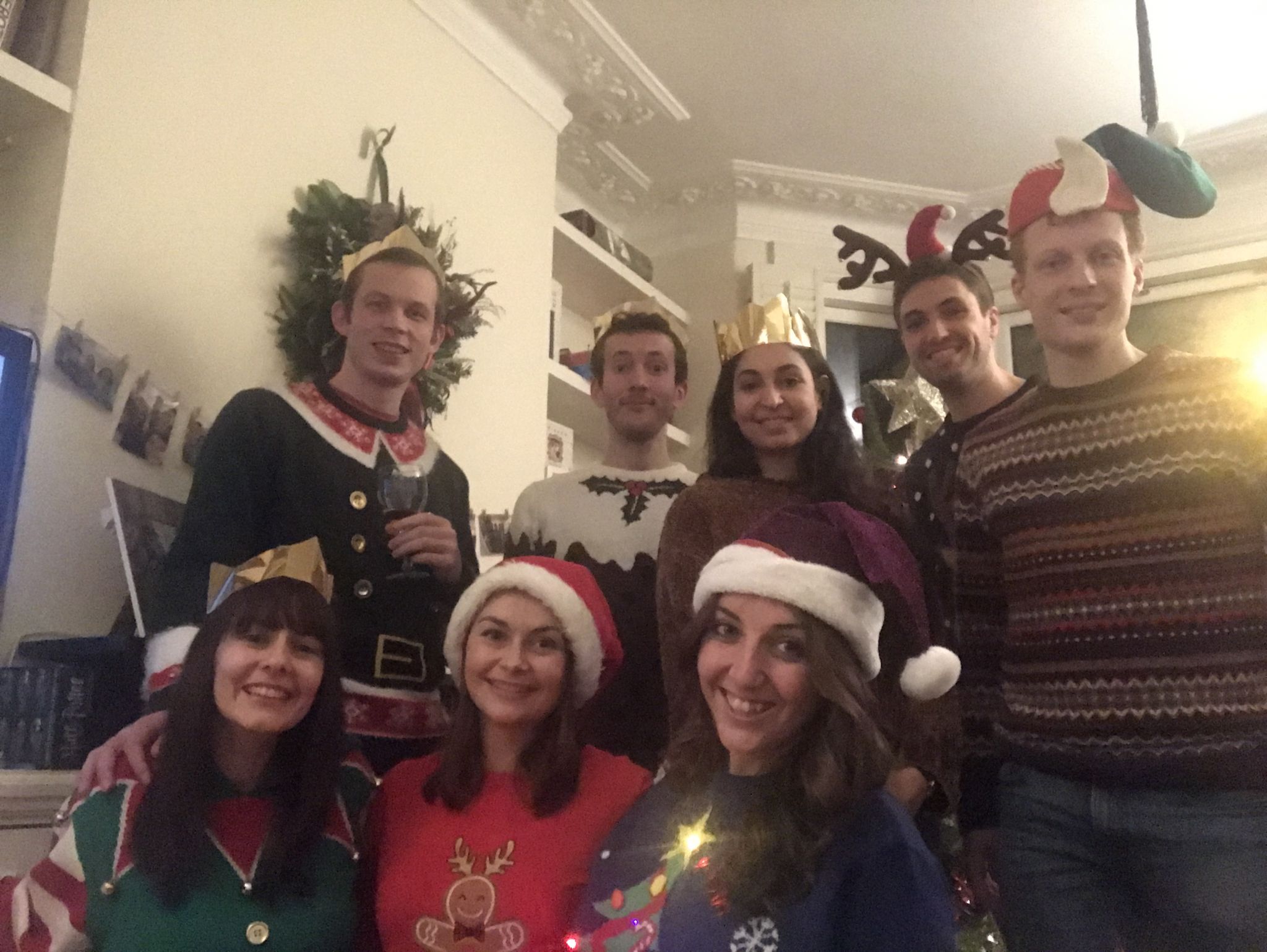 Persevered at my job when people told me to quit and go back to the job I did before. “No one said it would be easy, but they did say it would be worth it” is my new mantra. It also means getting to see one of my big sisters every day (even if we have nearly murdered each other on one occasion, though once in six months is not tooooo bad…) :). 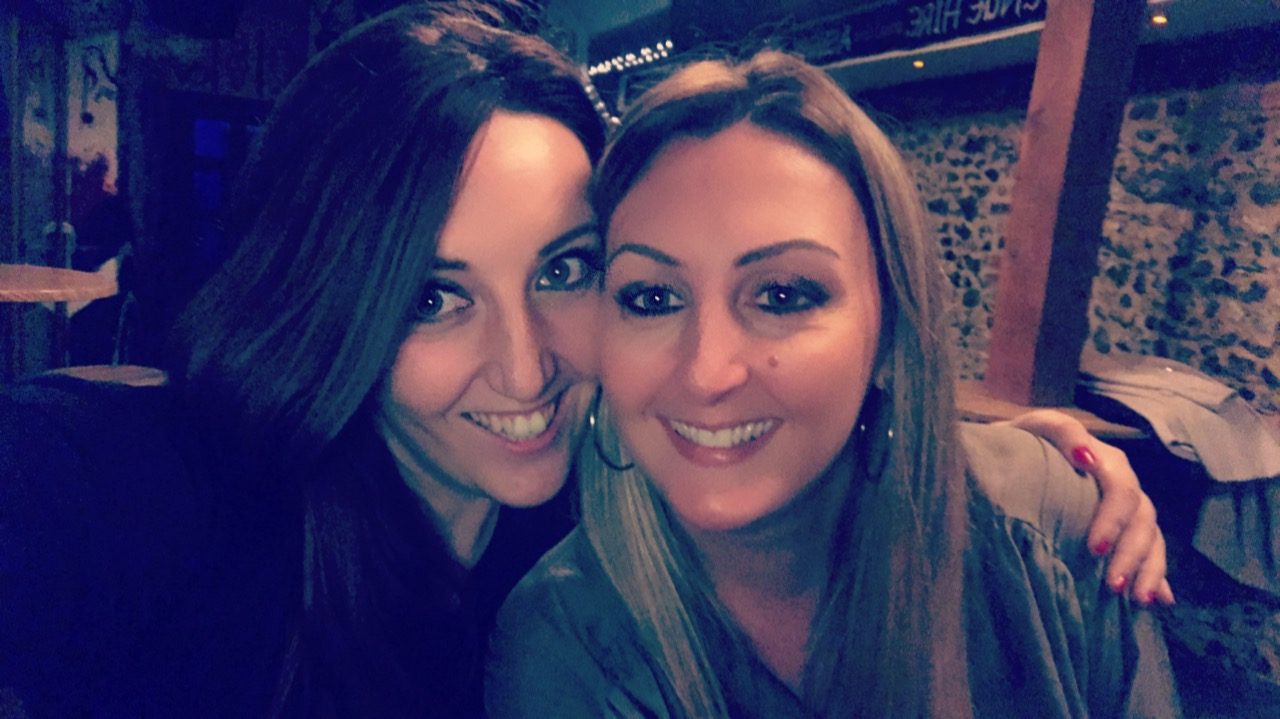 Felt proud of something I’d done – this is not something that I think I’ve ever really allowed myself to do, or feel – but a huge part of my love for blogging has come from the satisfaction I get from taking photos. My photos from the Monkey forest in Ubud are some of my favourite photos I’ve ever taken – as are some of the ones I’ve taken of my nieces and nephews at family occasions. 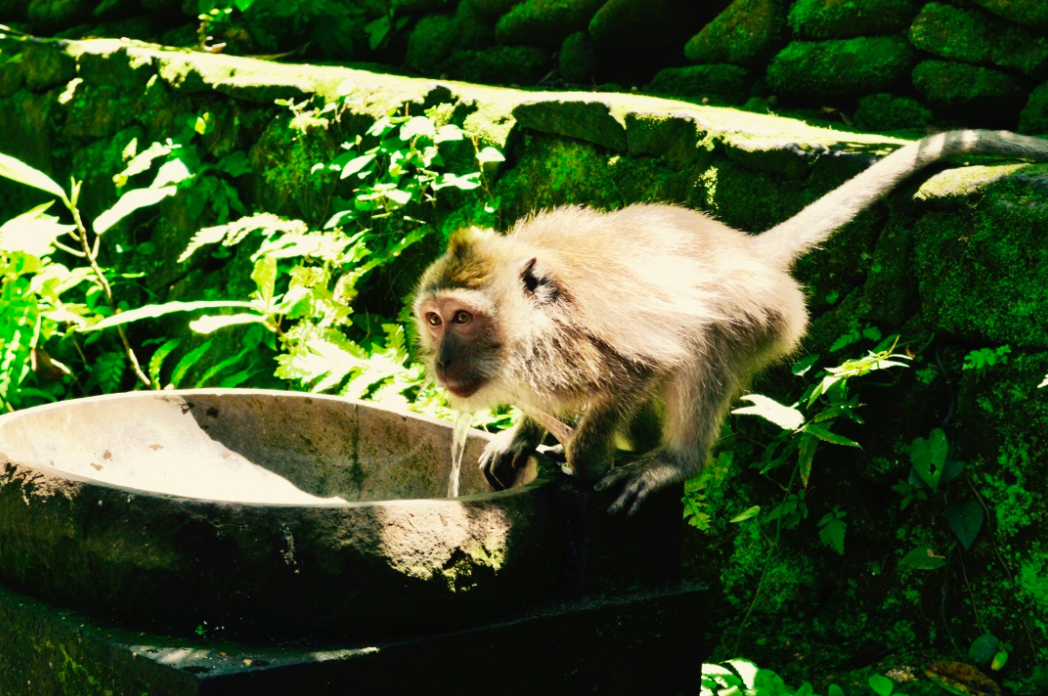 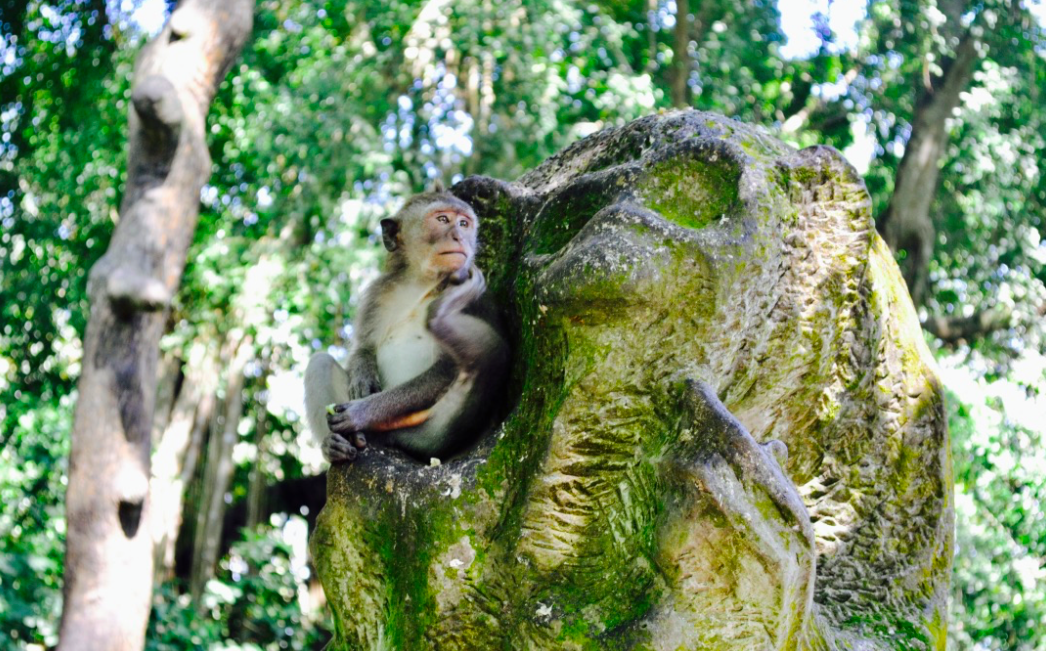 I “put myself out there” – I could write a whole other blog on my (disastrous) love life which I am often quite self-destructive in… And although recently, I made the same mistakes I usually do with someone, with the support of my friends I put my heart on my sleeve. It wasn’t meant to be, but I’m glad I did what I could.

I still have a long way to go. I always find myself overthinking things, worrying too much, batting away intrusive thoughts when they rear their unwelcome, ugly heads. I still get low and need to withdraw, or get frustrated at simple things. I still can look at a photo of myself or see my reflection in the mirror and notice a new flaw to add to the list of ‘things I hate about the way I look’… but I am -ever so slowly, but most importantly if even more slowly – surely – getting there.

A year is a long time, but it also flies by. People do a lot of reflecting at this time of year, and a lot of people will focus solely on the positives, which is great, but that’s not to say they won’t have had hardships, too. I wanted to write this, so that someone else who’s in the place I have been (and unfortunately, no doubt will be in at some point again), might read it and realise that it’s OK to have highs and lows – and importantly, that nothing lasts forever. It seems horrible when you’re in a good place and you feel like somethings waiting in the shadows to ‘get’ you – but in the same way that the good can’t last forever, the bad can’t either, and I hope that that can bring you some small comfort.

I’ve just written this now – because finally, at long last, I feel able to. It’s Christmas Day – and the most quiet and unusual one I’ve had in years. The fire is on, I have a glass of prosecco, and tomorrow all the rest of the family will arrive. Later this week, I’ll fly to Prague with H&J, and then before we know it, the 31st of December will be here, and the last chapter of 2017 will draw to a close.

If I’ve learned one thing this year, it’s to just hold on and keep going. It won’t last forever, and you’ll surprise even yourself with what adversities you’re capable of overcoming.

So if no one’s told you recently, I’m stealing some words from Christopher Robin to remind you:

“You are braver than you believe, stronger than you seem, and smarter than you think.” — Christopher Robin, Winnie the Pooh

Lastly, I am so touched that even though I’ve not posted on here for quite some time, people have still been back every day and that I’ve had some lovely tweets. It really is something special to have something that makes you feel a little less alone, and I appreciate it ever so much.

If you need to talk you can phone Samaritans (link to site below). They are also beginning to trial a text message service for when you don’t feel like speaking so keep an eye out for that. I was also under the illusion that they would not cater to LGBTQ+ community due to their Christian routes however, I am told they will help anyone regardless of their orientation or denomination.

Elefriends (link also below) is a safe and supportive, online community, run by Mind, which also has moderators as well.

Blurt Foundation (last link below) is a fantastic website with support available and stacks of resources, too.