Every May/June, I get restless. I usually channel this restlessness into a list of things I want to do in the summer. Kind of a summer-to-do list; mainly because I’m a sucker for the satisfaction of putting a thick red line through an item once it’s complete.

I threw ‘Wimbledon’ on to the list – mainly because my BFF Woody has always been majorly into Tennis. The combination of Woody withdrawal, and the optimum timing of Wimbledon occurring imminently, seemed like the perfect event to attend together and to help quell some of my summer restlessness.

I’d always heard about the queueing at Wimbledon, but I had no idea just how it worked – luckily for me, Woody is a total Wimbledon aficionado, so she showed me the ropes! 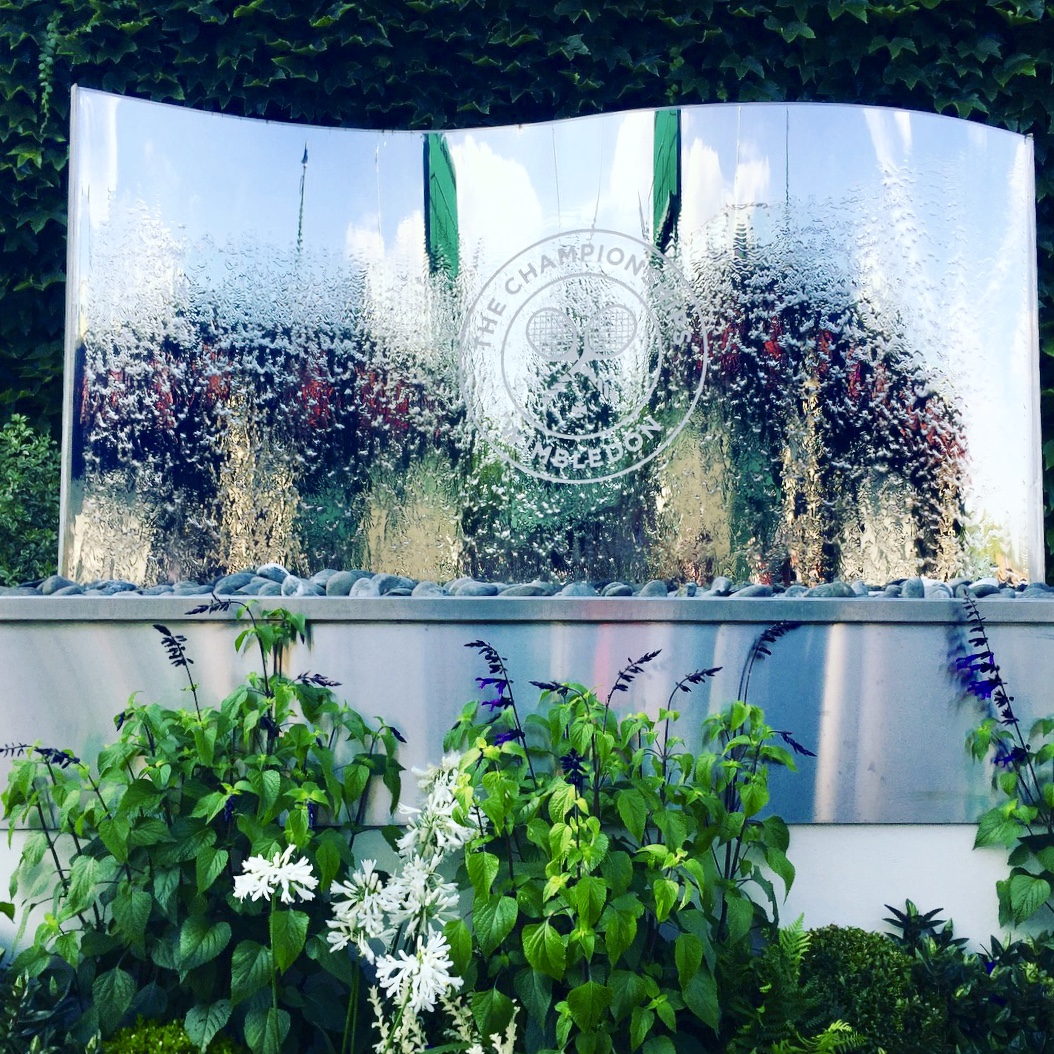 03:30am
my alarm goes off. My outfit (a black maxi) is all laid out for the day and I have a huge picnic bag stuffed with plastic glasses, picnic blankets to sit on, portable phone charger, a deck of cards and at the last minute, I throw in two pillows – I’m so glad I did! My phone dies a death and somehow Woody and I end up communicating via FB messenger – so she orders my Uber. We’ve lost a bit of time already, and the phone breaking is a stress – we have no idea how we’re going to find each other when we get to the entrance…

04:15am
the usual panic ensues when I realise my Uber driver doesn’t know where he’s going. Balls, I’m going to be later now, and worry that Woody might think I’ve gone on ahead –  or will she wait outside for me? Luckily for me, the psychic powers of best friendship prevail, and we meet at what looks like – to me – the entrance to a big field. I’m not wrong – this is the queue holding pen of Wimbledon. The heat wave is still enduring, so as we throw down blankets, plump pillows, and I run to get tea and – of course – bacon sandwiches, the sun spectacularly rises from beyond the trees.

04:30am
We’ve been given our ticket number in the queue. We are two thousandth-and-something. We’re there on the Friday, but there are people in tents who are already queueing for the Saturday. You’d think queuing would be dull as you like, but actually it’s like having a sunrise picnic. We play cards, Heads Up, crack open prosecco and idly chat to the friendly stewards who wander round.

The next few hours pass by in a hurry – Woody and I always manage to laugh whatever we’re doing, although I do put my head on the pillow for just two minutes… and somehow fall asleep in a field full of people. I’m woken when I hear someone asking if they need to carry me. ABSOLUTELY NOT, and thankfully my ninja skills wake me up. 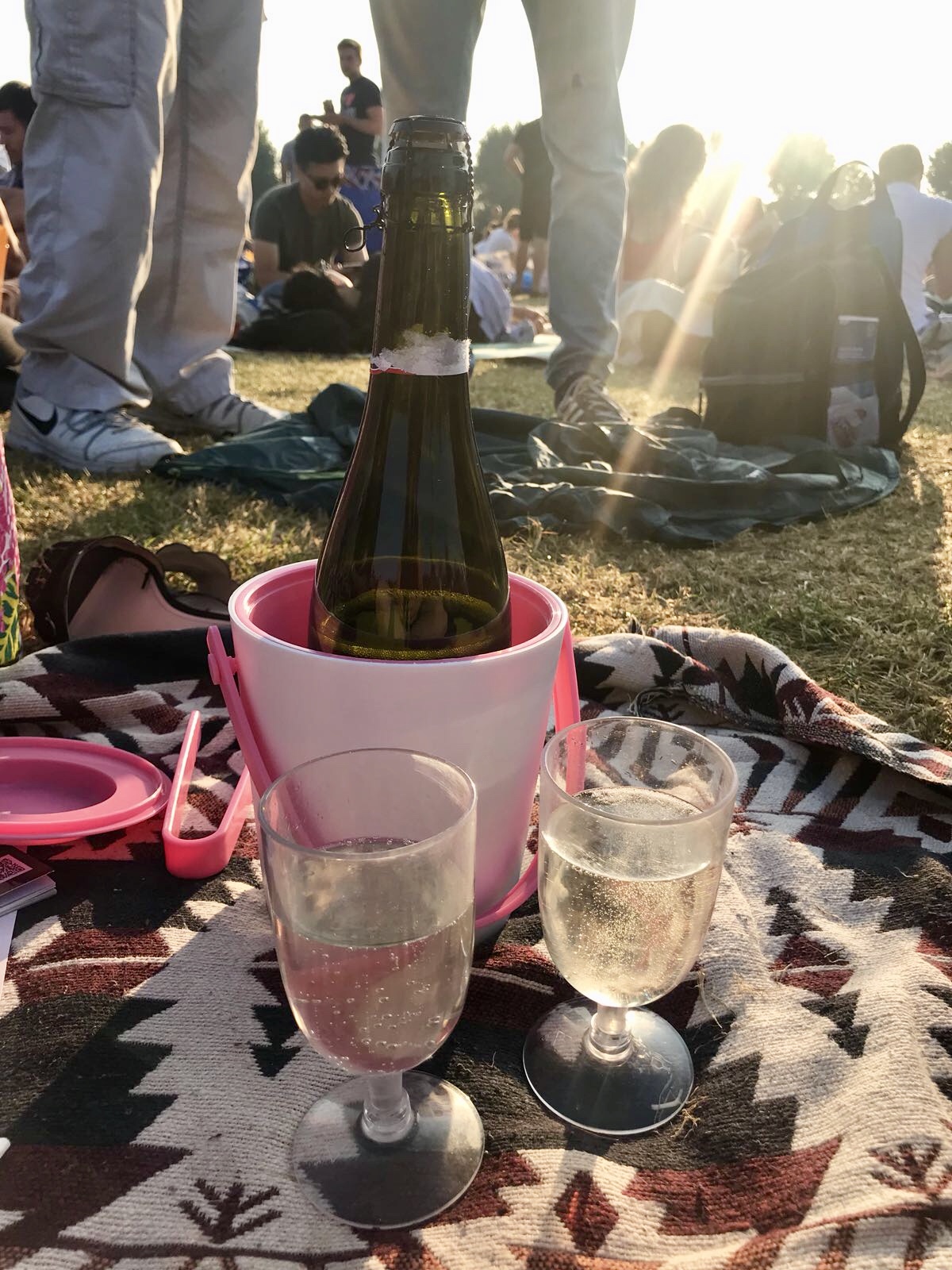 The queue moves pretty quickly and we manage to get in and get ground passes. We queue again, although this time its very brief as we’re on track to get on to a court.

10:00am(ish. How did I miss the opportunity for the Sean Connery ‘tennis’ joke here!?):
We end up watching E. Rodina, playing for Russia against M. Keyes – the US #10. This was an amazing and fraught match with the E. Rodina unexpectedly rising up as the underdog. It was an absolutely thrilling start to the day and certainly got us in the mood for a few more matches.

12:30:
The match lasts two hours, twelve minutes and afterwards we’re so hungry from our early start, our liquid brunch of prosecco, that we decide it’s high time we go off in pursuit of some lunch! We ended up tucking into the cheesiest pizzas – the food and drink is very reasonably priced – did you know, the strawberries and cream has remained at £2.50 for the last ten years?. We wonder round the grounds for a bit and nearly bump smack in to Federer as he’s leaving one of the courts!  He’s quickly ushered into the clubhouse area, but it was pretty exciting to see him! 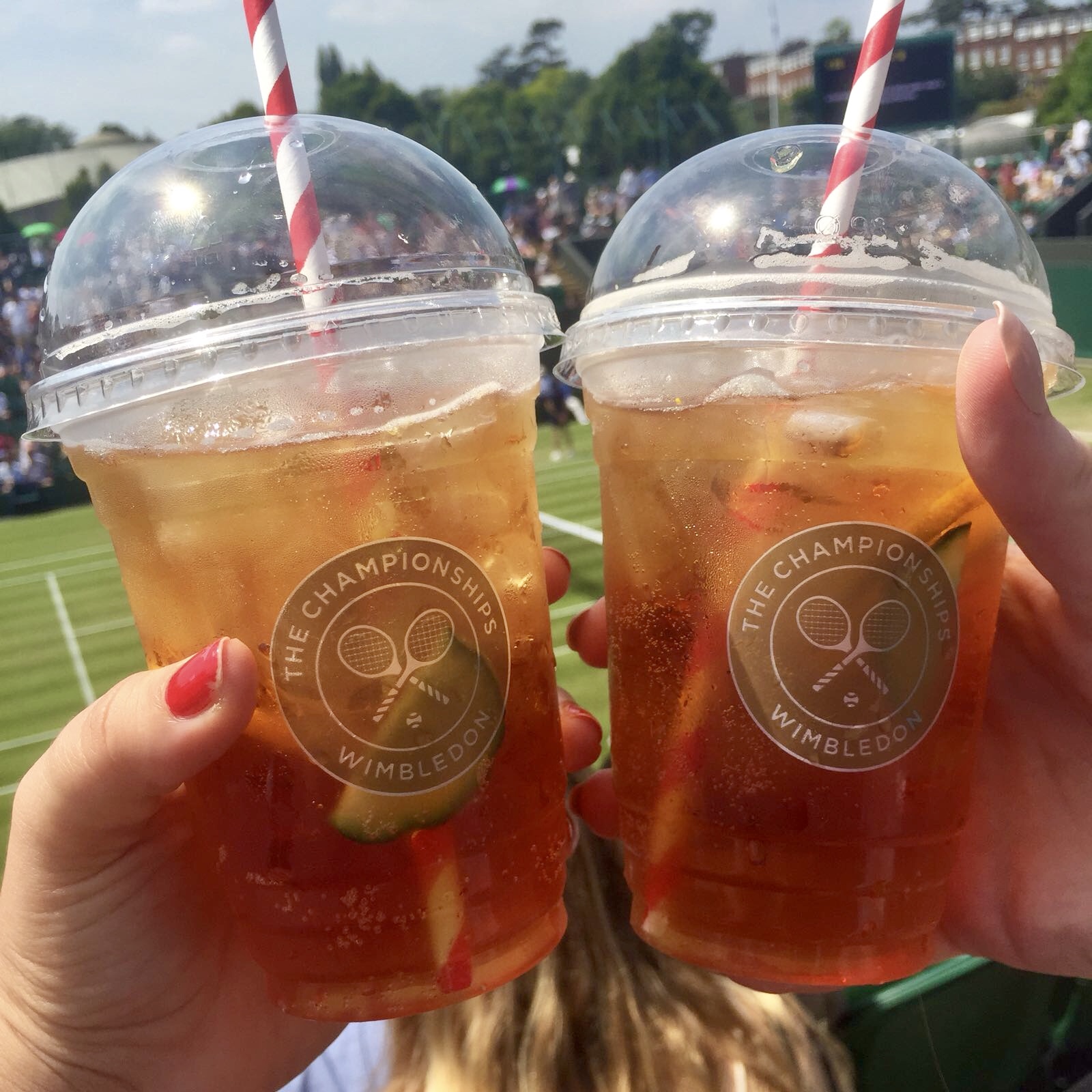 13:30:
After a stroll round the grounds in the sunshine – it really is very pretty – we head to our next match of the day. Cue more queueing. 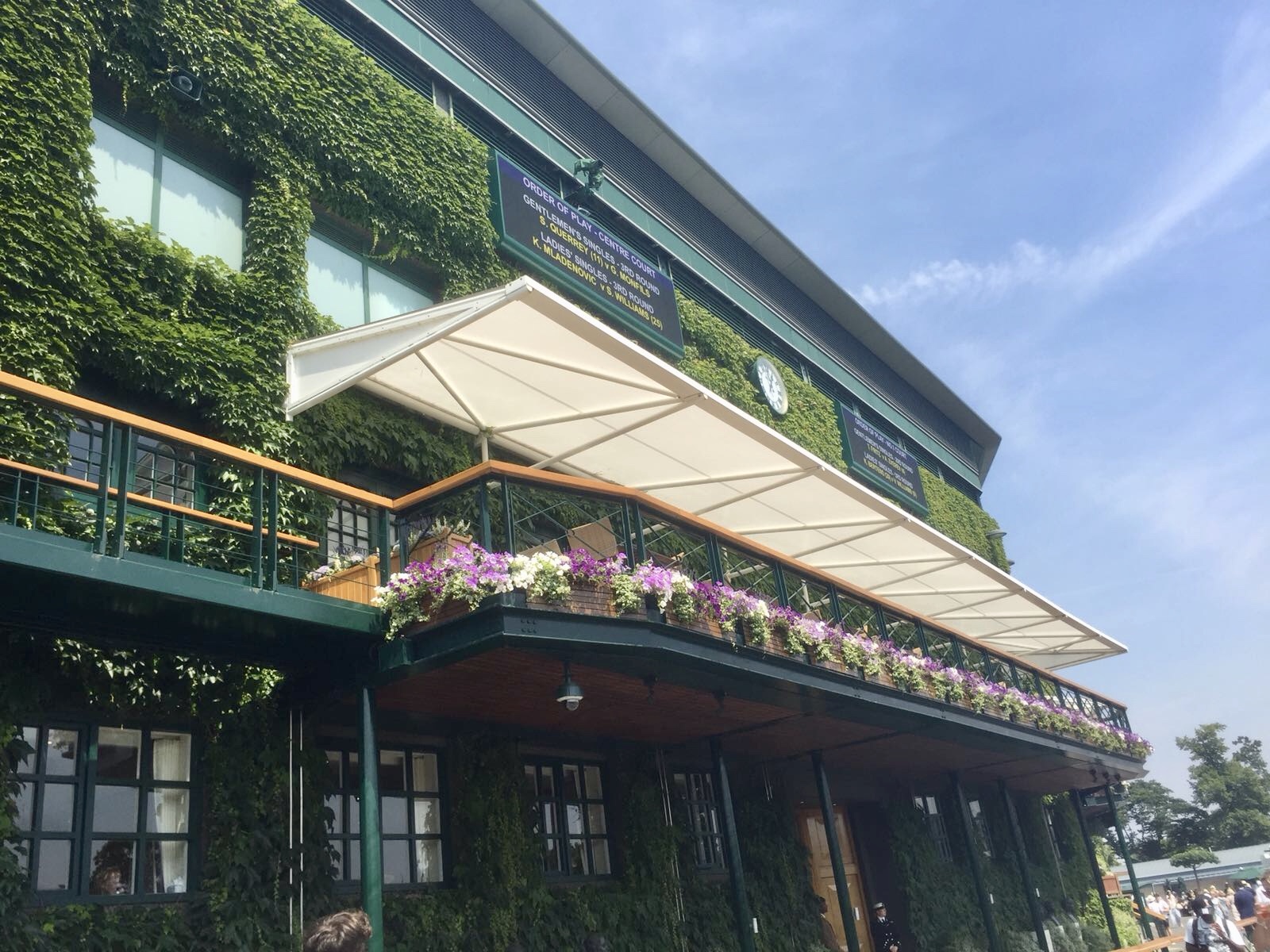 This time, we end up watching a mens singles match –  France’s Mannarino against Russia’s Medvedev in another tense battle! 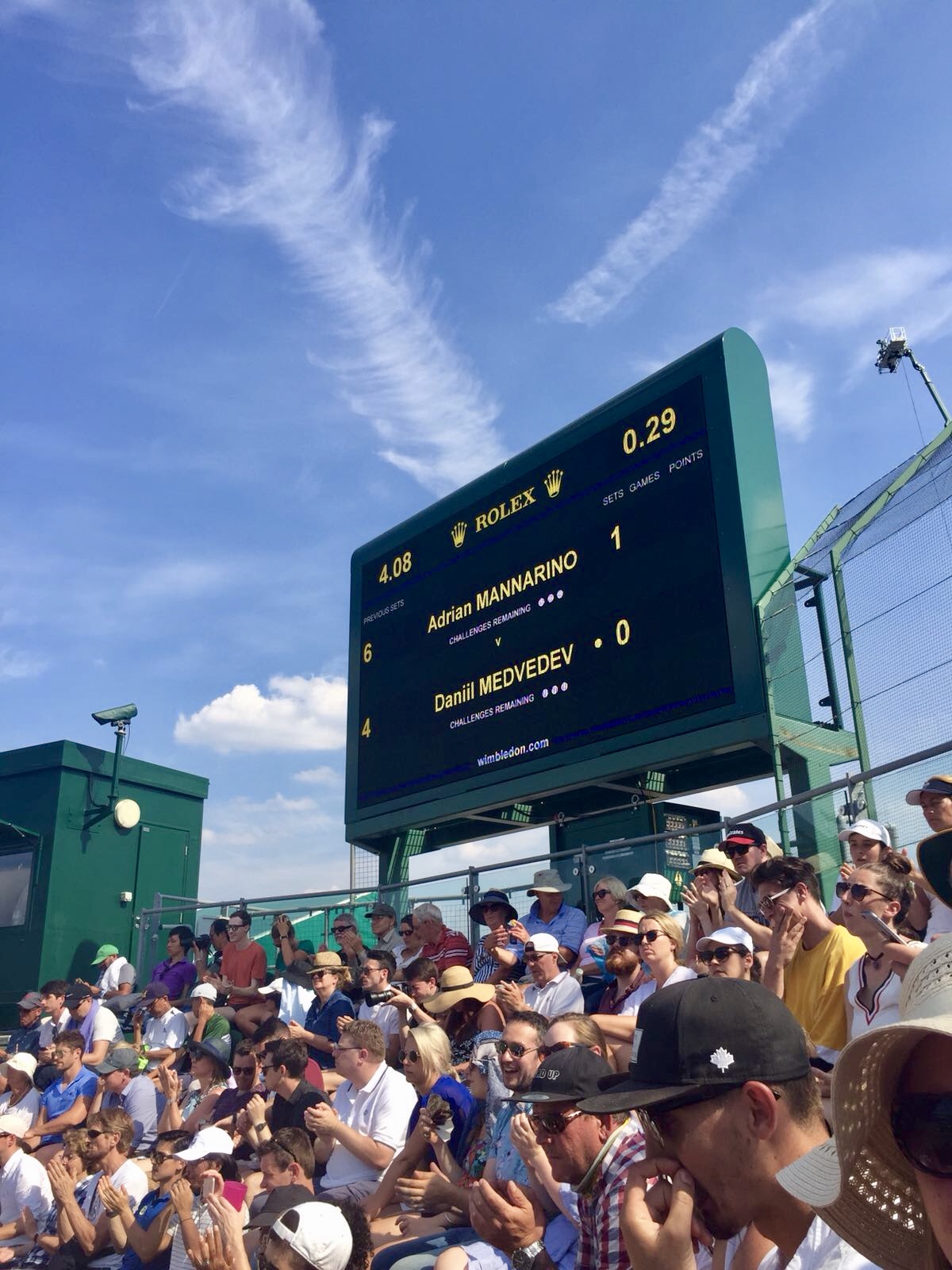 Whilst the match is mega exciting … I actually… fall asleep! As I keep nodding myself awake I take a look around – there are several, fellow sleepers around me, too! It seems the early morning has taken its toll! 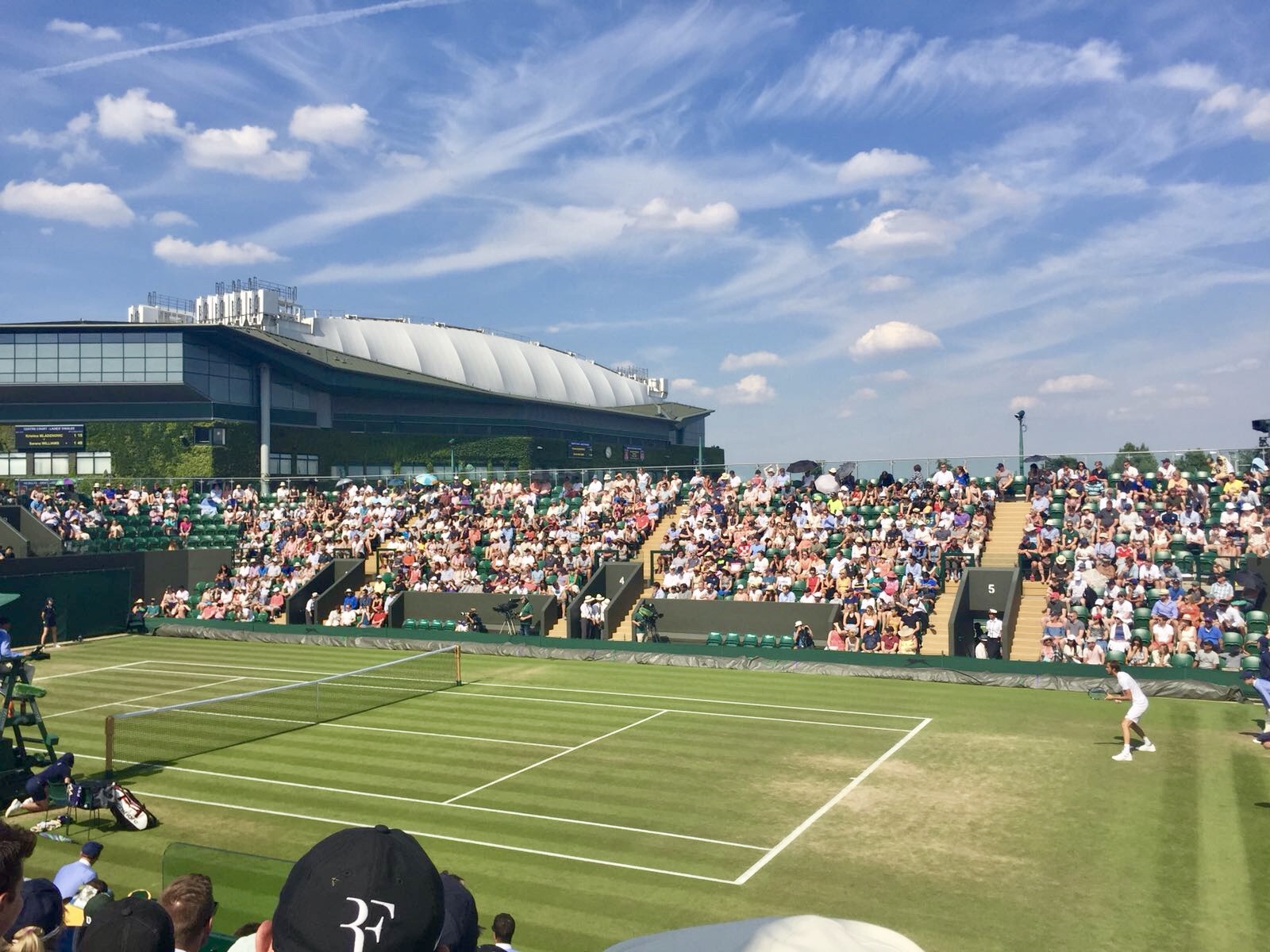 14:45:
We’re both struggling now – the sun is working overtime, and we are both burning to crisps, as well as struggling not to nod off! We decide to give up our seats as there are still people queuing to get into this match and we’ve seen some great tennis, seems only fair to let someone else (who can stay awake!) fill our seats.

15:00
We head to The Hill – Murray Mound or Henman Hill, depending on your preference. It’s packed and in the heat, it’s just too much to cope with as shade is so limited! 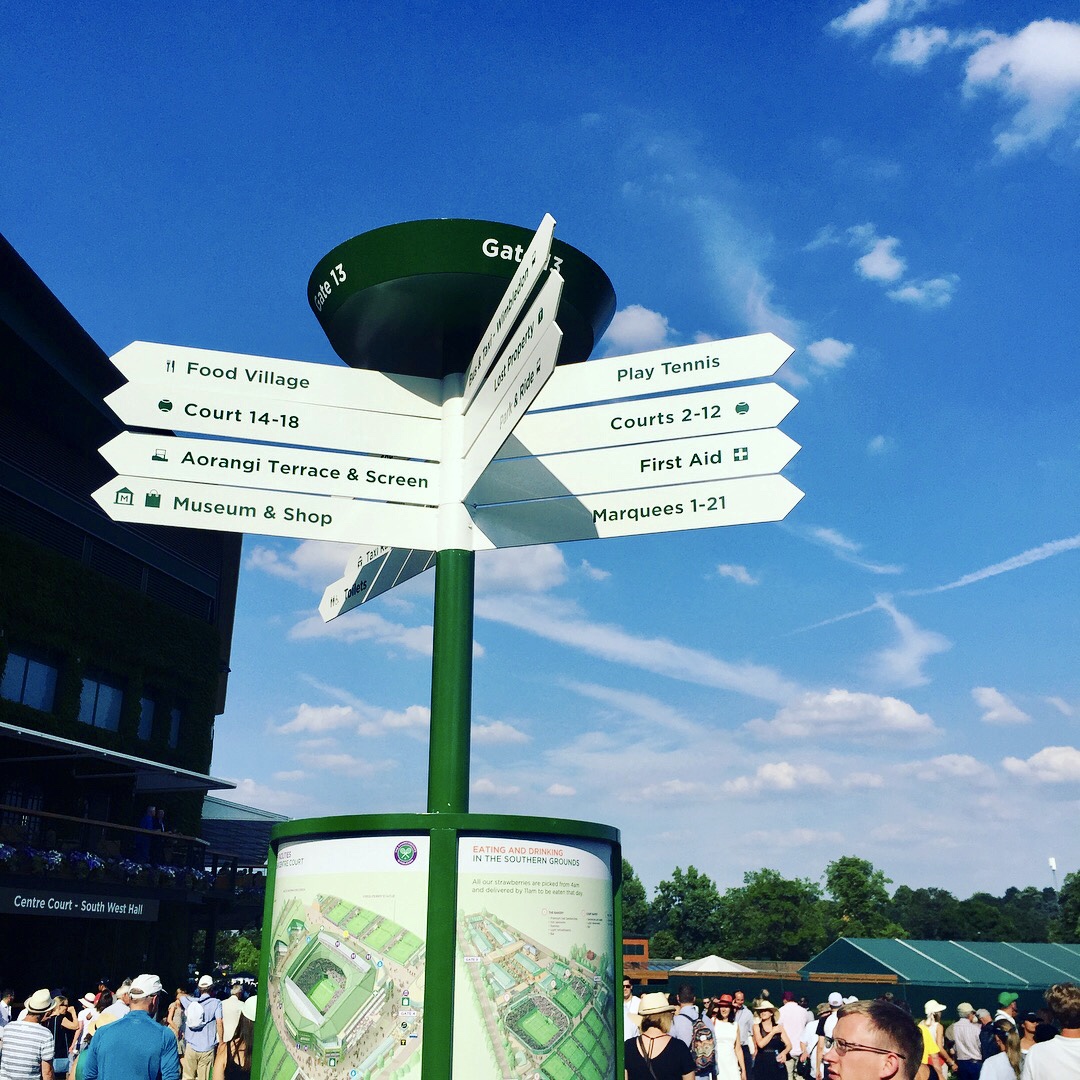 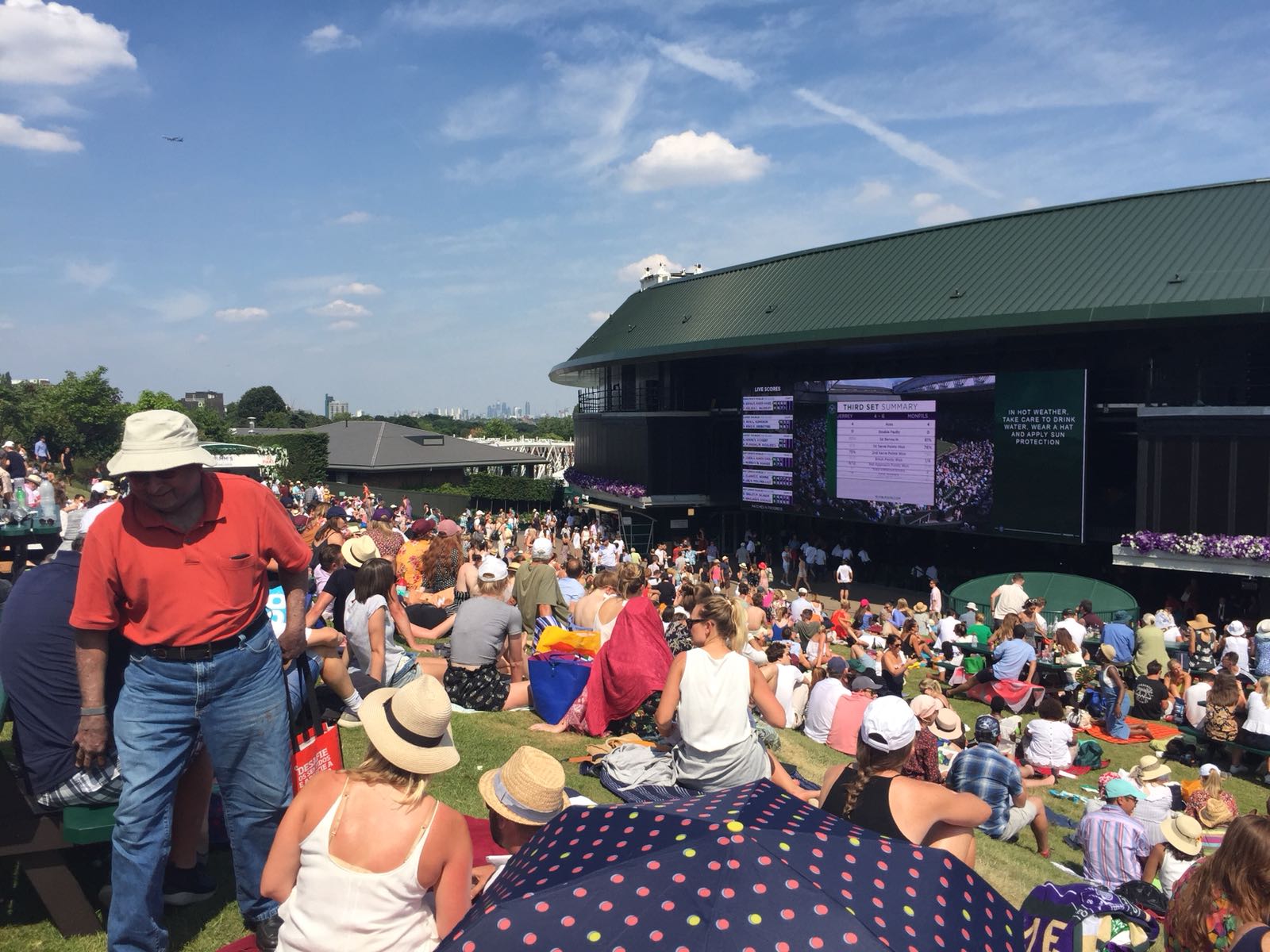 15:30
We decide to head into Wimbledon town for some more reasonably priced food, and – oh go on then, just one more prosecco!

20:00
Outdoor seating but with plenty of shade is the order of the day – not least so we can cool down a bit, considering we’re both sunburned despite throwing on factor 50 throughout the day!

Despite having been chatting since 04:30, we still haven’t covered everything, so we continue long into the evening getting our 2nd, 3rd… 83rd winds.

Suddenly, there’s a ripple of excitement outside that goes around the area we’re sat in – people begin craning their necks, then waving and shouting; Nadal has just casually cycled by in his tennis whites,  waving happily to a very excitable crowd. 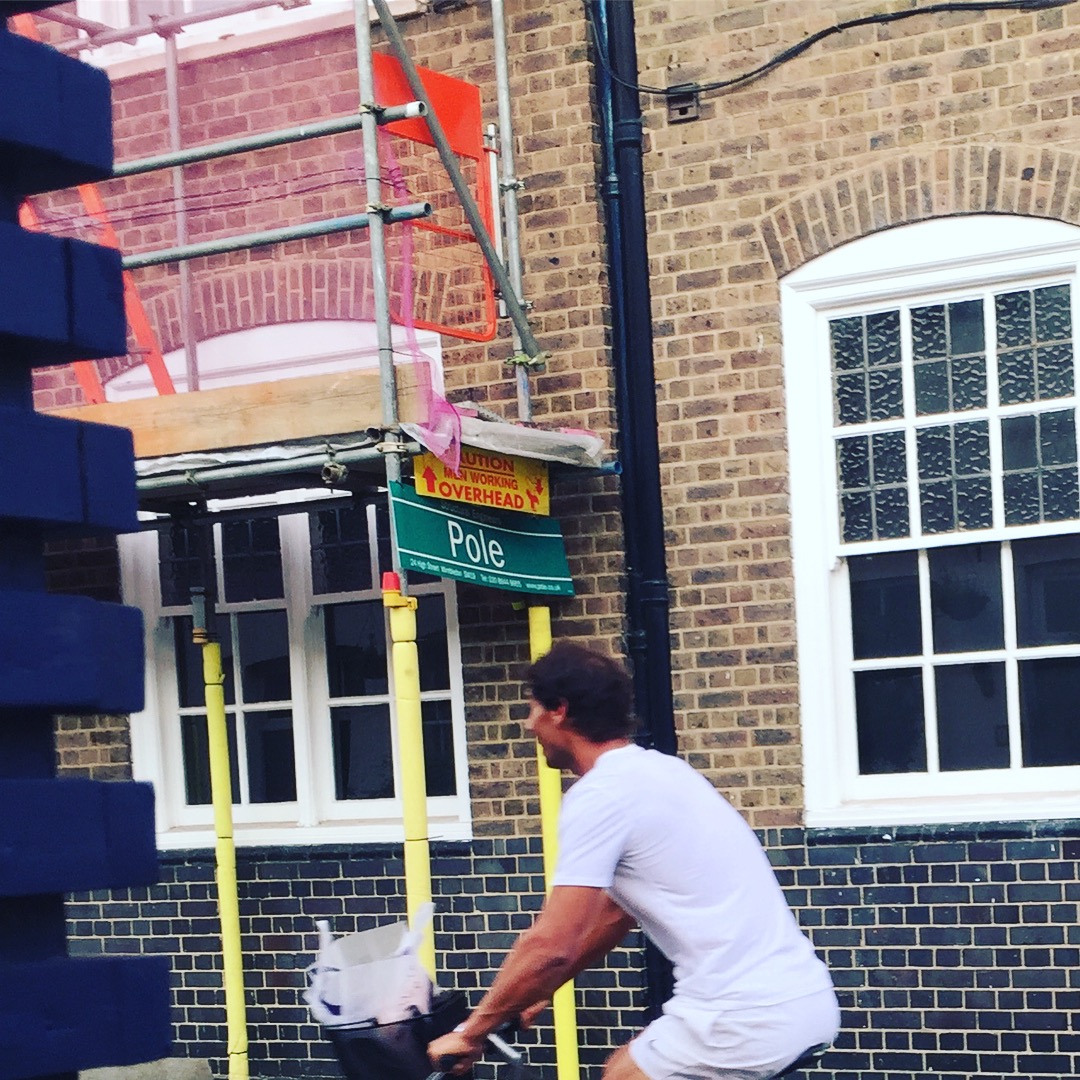 It was the perfect way to end an amazing day out!

I’d absolutely recommend a day at Wimbledon – even with the queuing! It’s a reasonably priced day out with ground passes for £25.00, the atmosphere is fantastic and it’s such a fun, quintessentially British day out!