Growing up, I was adamant you would never find me in a city. But then I got a job here, and I commuted, and every day getting the train and leaving London in the distance felt like saying goodbye to a boyfriend I couldn’t stop thinking about.

Since that love affair began, there’s been one thing at the very top of one of my very special ‘To Do’ lists – my London Bucket List: watch the sunrise from Duck & Waffle. Imagine my delight when I mentioned this in passing to one of my best friends who pointed out that, as a newly qualified doctor in A&E, he worked nights and that meeting for breakfast would be like going for after work drinks for him.

Let’s start at the beginning if you’ve not heard of Duck & Waffle – they are a super cool restaurant placed happily above Sushi Samba in the Heron Tower. The extra special thing about them, is that they’re a 24 hour restaurant. To get there, head to the city. As if I wasn’t feeling a massive renewed love for London, I had the most cockney cabbie I’ve ever had. I couldn’t help but have a little smile as I listened to his tales  – even if it was 04:45am…

He dropped me outside, and as per usual, I was approximately twenty minutes earlier than I needed to be. No bother, I thought, I’ll head up the lift by myself (with my eyes shut tight!), grab a coffee and read my book… This was short-lived, after the security guard told me I couldn’t go in until the time of our booking – another 30 minutes. So, I headed to Polo Bar, the 24 hour greasy spoon opposite Liverpool Street Station. The less said about that, the better though 😂.

My friend arrived and this time, we walked straight in, got in the lift and hurtled up and up – it’s actually the fastest lift in Europe. We stepped into the restaurant to be greeted by the most wonderful Maitre D’, who gave us the best seats in the house for sunrise. We ordered two mimosas, and settled into chat; him about life as a doctor, me about some of the difficulties the last month had bought. We’ve been friends for 14 years, so there’s always plenty to talk about. 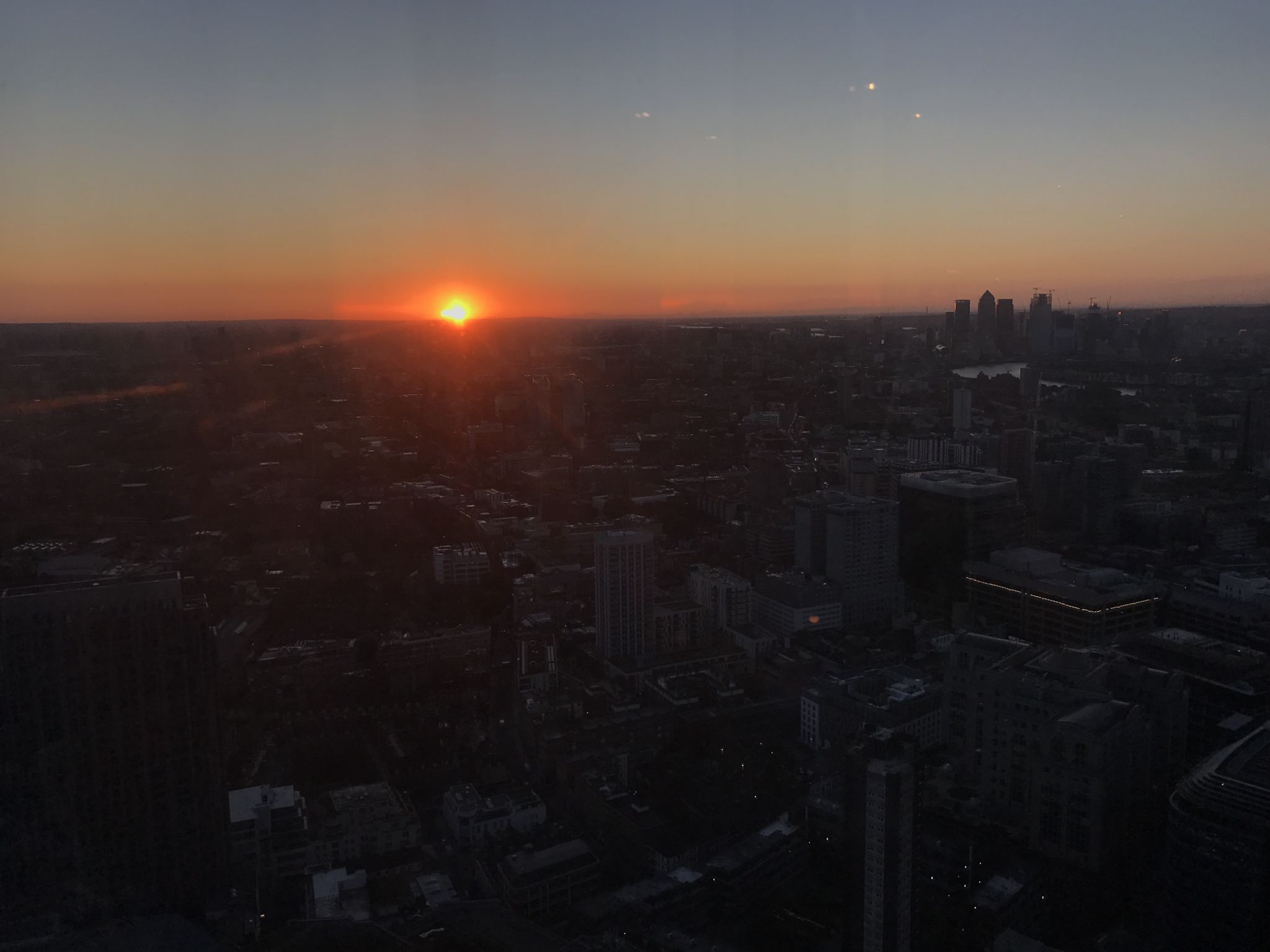 We kept a close eye on the time; sunrise was scheduled for 06:21, but as it turned out, we needn’t have worried, because soon enough, the sun lazily raised it’s head, breaking a slow and beautiful dawn over London. There’s something so magical about that half an hour just before sunrise in London, when it seems like the entire city is quiet and there’s a total sense of calm. 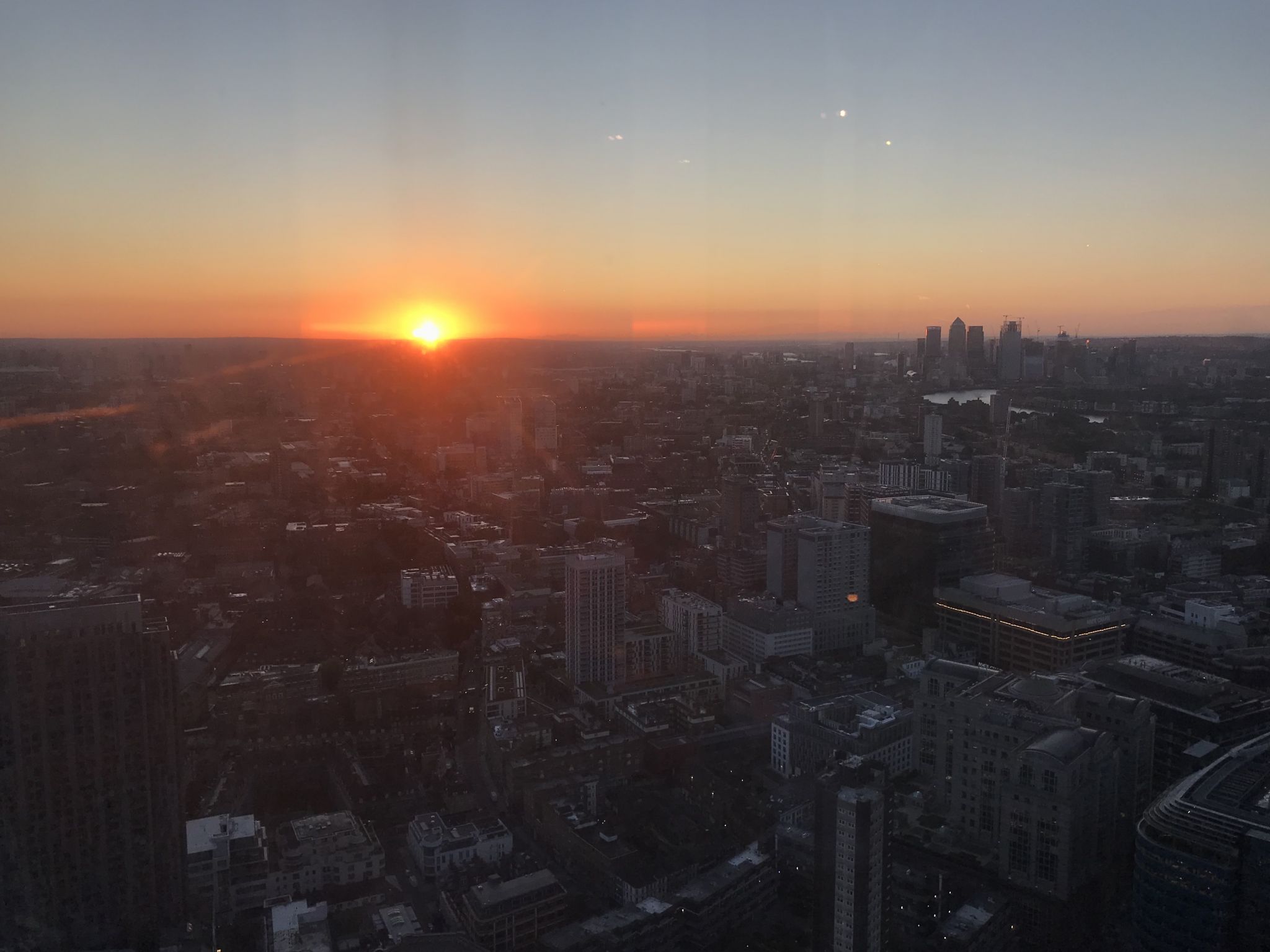 The view is enough to take your breath away on a grey day – but on a day like we had? It’s enough to make you never want to leave the building.

I’ve been to D&W a couple of times before and I can never resist their signature dish – the eponymous Duck & Waffle – but there are plenty of other delicious options if thats not your bag! 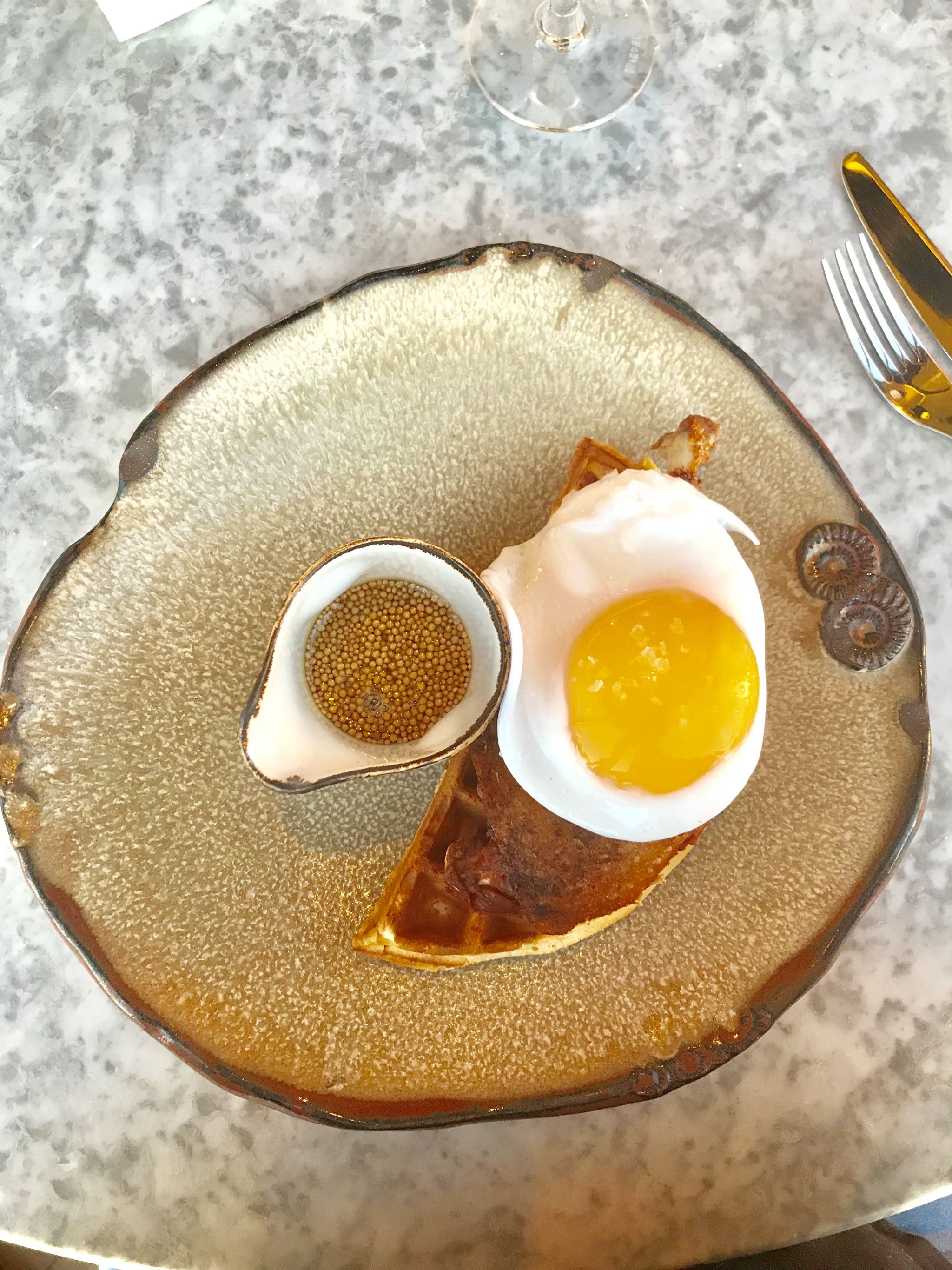 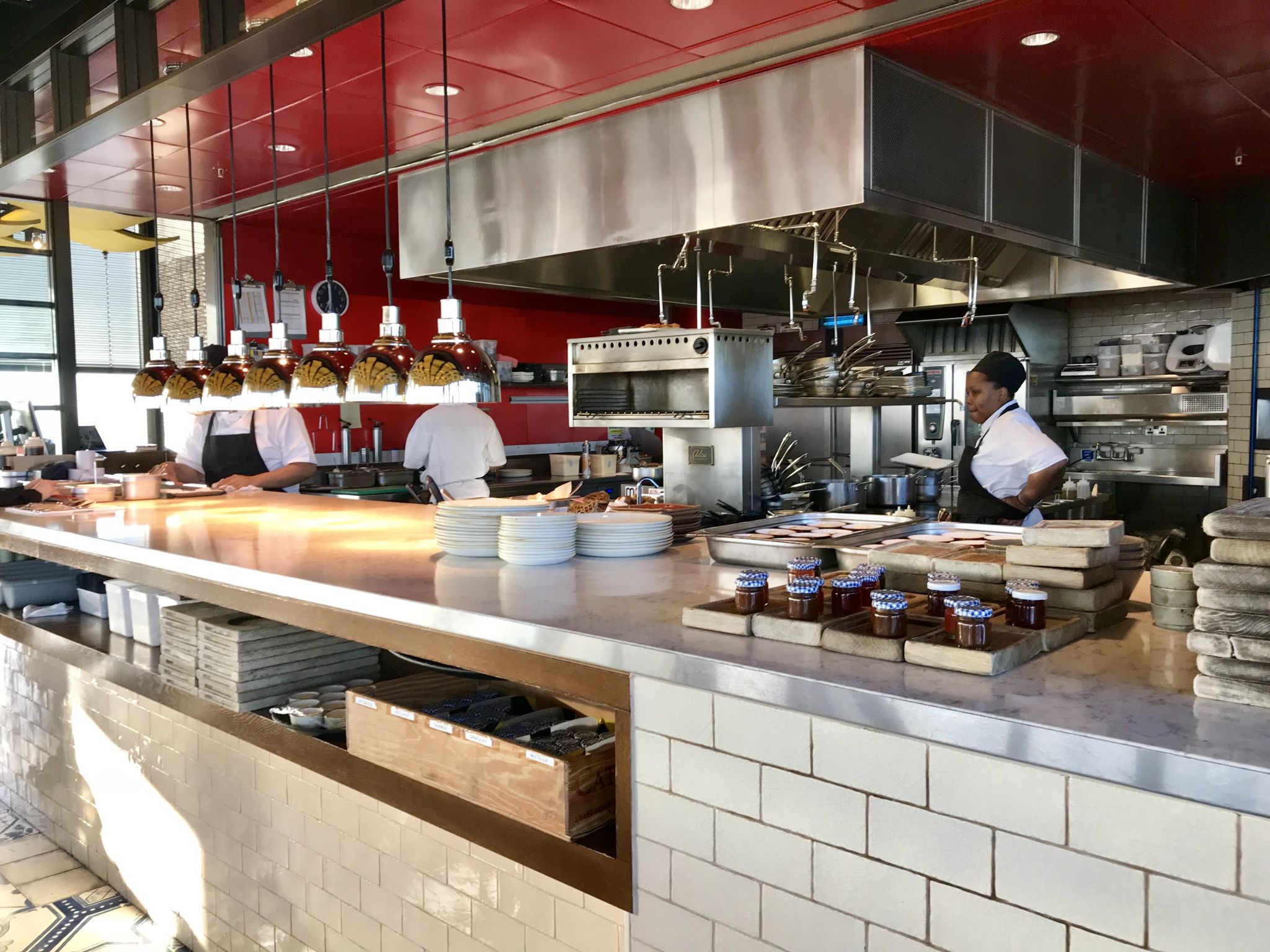 Finishing breakfast, we continued to take in the view, enjoy another mimosa and with delight, realised it was still only 7:30 in the morning, and that there was still plenty of time for us to catch up. 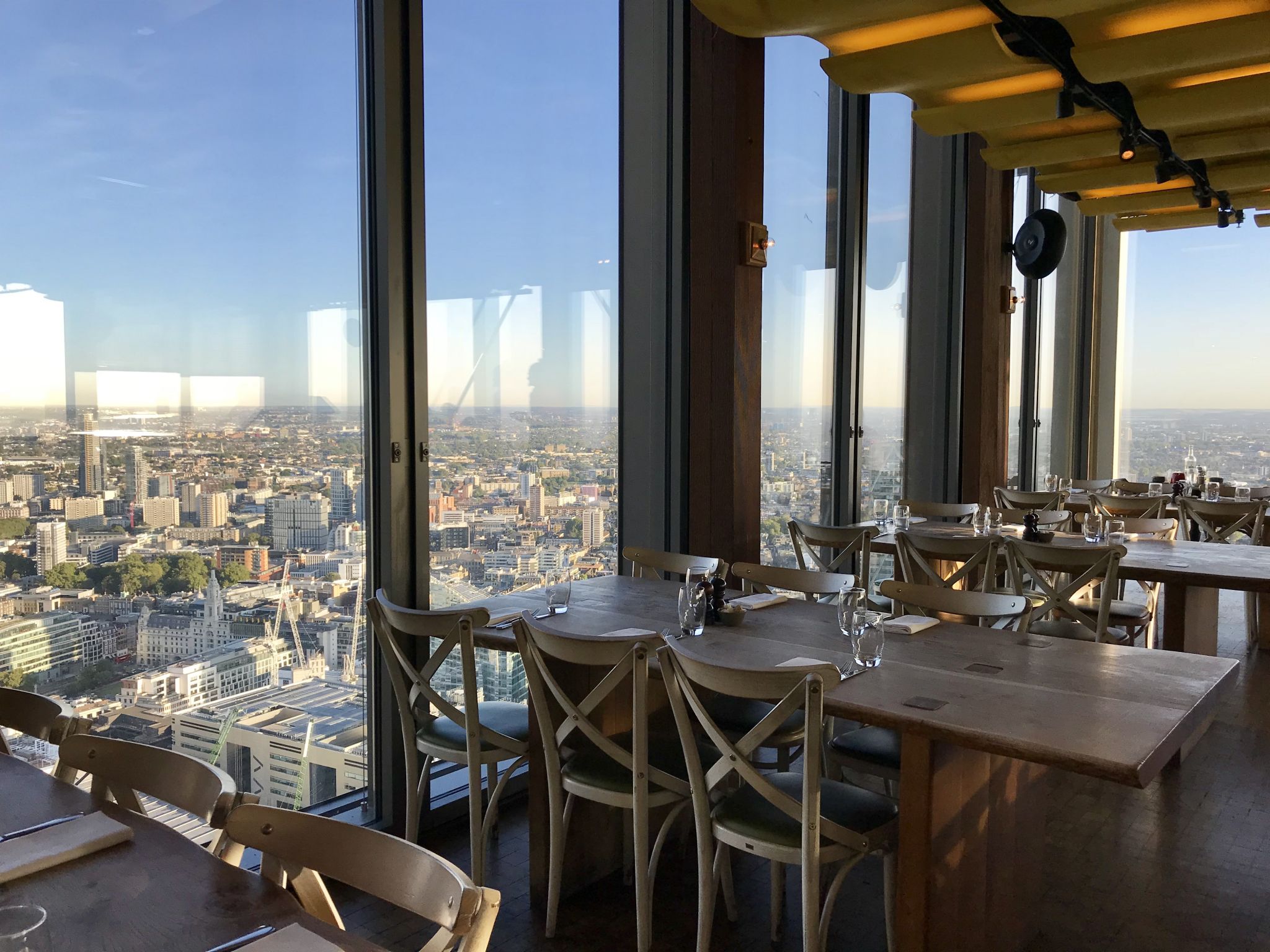 We were ushered into the bar where we took up a seat and continued to put the world to rights; if anythings going to give you perspective, its being 42 floors up, watching over London as the city wakes itself up. 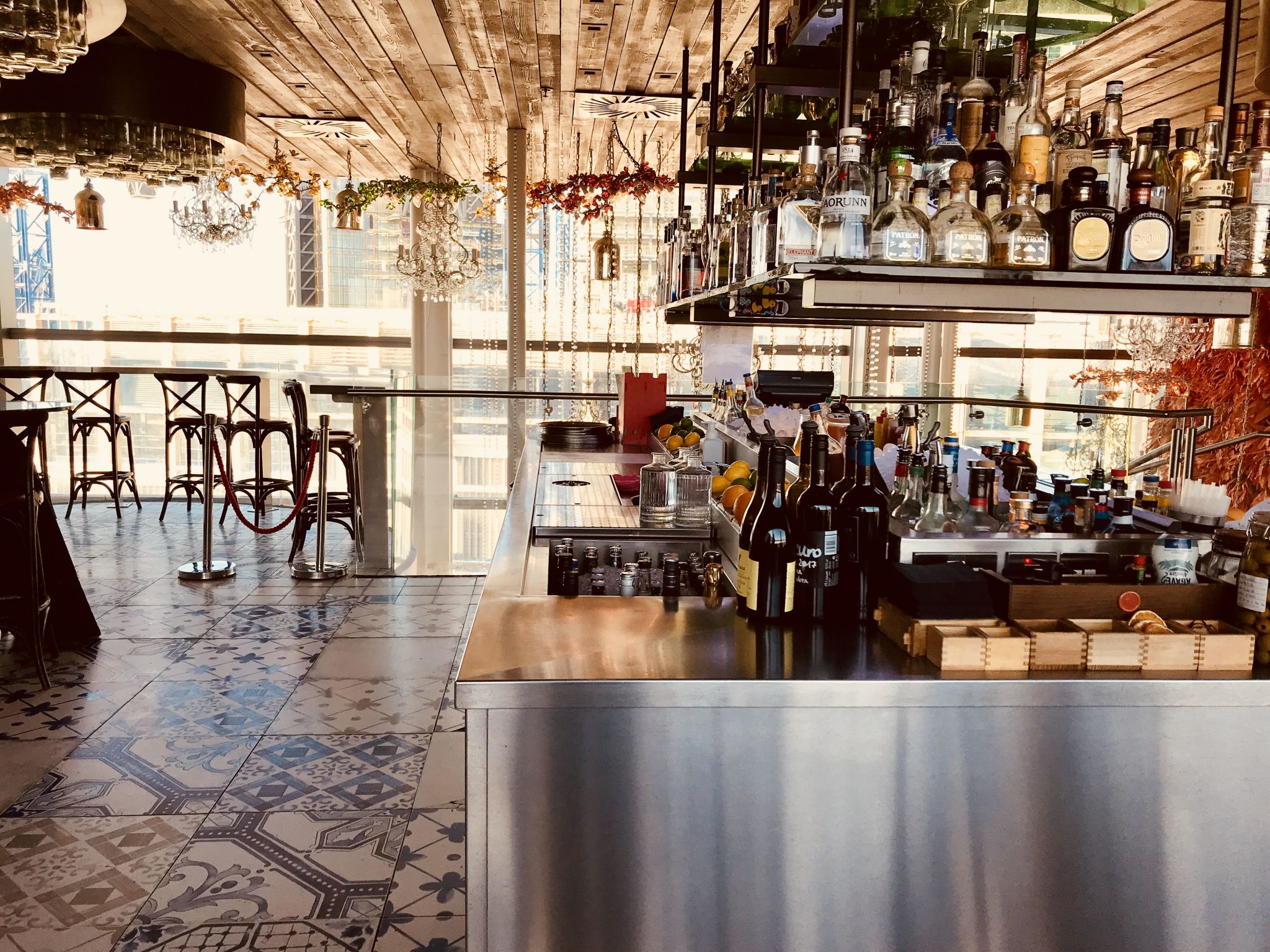 Eventually, work loomed for me, and after a stint of nights it was high time for him to head home to bed. We got into the lift which took us back down to the ground far too quickly – before we knew it we were stepping out into the mix of people scurrying out of Liverpool Street; East Londoners dressed edgily, hurrying alongside suits, whilst black cabs and big red buses wove in and out of crowds of people all going about their days.

We said goodbye, and I made my way onto the tube to become another person hurrying along in a very busy, and now very awake, city.