Oh The Places You’ll Go by Dr Seuss.
An old friend gave me this book when I was about 19 and told me to ‘look for the deeper meaning’. I sat, curled up on my bed, a little lost in life and reached for this book. There are so many beautiful quotes, which really can act as a little ‘How To Do Life’ reminds – things like “Those who mater don’t mind, and those who mind don’t matter” or one of my particular favourites  “You’re off to great places, today is your day! Your mountain is waiting – so get on your way!”. It’s a beautiful book and one of the most thoughtful gifts I’ve received – I’ve since given it to some of the most special people in my life, and I always revert to this when I come a little unstuck in my life…

Harry Potter by J.K. Rowling
*Whispers* I may be nearly 30, but I’m a HUGE Harry Potter fan. Luckily, I have an 8 year old nephew who thinks its pretty cool his Aunty knows what her patronus would be, and that she’s in Hufflepuff (as is he, must run in the family ;)..). When I was in the worst throes of my depression (signed off work, my poor Mum having to try and chivvy me into, at the very least, having a shower), there was only one tiny bit of escapism from my own head and it was these beautiful books. I loved the intricacy of the story, the cosy feel of the books and the magical world that housed such a thrilling story, but most of all, I loved the respite it gave me from some of the darkest times of my life. I’m quite a proud Harry Potter geek really :).

Forget You Had A Daughter by Sandra Cunningham
I’ve written about this book before, I was pretty young when I read it and I don’t know why but I just found it so moving, and powerful. It’s such an incredible first-hand account of time in prison – both in Bangkok, and in the UK; the author is first arrested in the former, and yet her treatment in a supposedly much more developed prison system in the latter, in my opinion, is on a parity – if not worse, than her time in the Bangkok Hilton.

It made me ask so many questions about our justice systems – probably things I’d never have even considered or thought about before I’d been exposed to a first hand account of life inside.

This book was published in the late 90s, but in a time where a show like Orange Is The New Black has such immense popularity, it remains just as relevant today.

Nineteen Minutes by Jodi Picoult
I’ve loved a lot of Jodi Picoult’s work; I just find her style of writing so beautiful. Similar to Forget You Had A Daughter, Nineteen Minutes really got me thinking about a life completely different to my own; the story revolves around a school shooting in a quiet New Hampshire town. I read this while I myself was in secondary school  and the way the stories weaves seamlessly between the shooter, the shooters parents, the superior court judge assigned to the case, whose daughter was the childhood best friend of the shooter before succumbing to peer pressure and being in the same friendship group as those responsible for bullying him is so intricately done, and the ending left me reeling.

Growing up in the UK, school shootings were not something that we often – perhaps never – considered. Again, this opened my eyes to how people my age were living their life – in fear of it happening to them, to the devastation that is wreaked on those left behind and how it explores all the complexities a tragic event like this brings to society, a small town, to relationships – between friends, parents and children.

This powerful examination of tragedy still makes my heart hurt to this today.

This Is Going To Hurt by Adam Kay (spoiler alert)
A very recent addition to my ‘Books That Changed My Life’ list! I wrote about this in more detail in this post, but this funny, moving, raw and poignant real-life account of a trainee doctors time on the ward had me welling up with tears – sometimes from laughing and sometimes through utter sadness.

Since living in London I’ve become a lot more aware of politics and how it influences change and crucial things we take for granted, like the NHS – this book served as an excellent reminder that our NHS is an incredible, beautiful and wildly under valued asset.

This book leads with funny; at times you can feel the authors frustration at things like cancelled annual leave and so forth, but at the end, when a tragedy occurs in the operating theatre that the author could almost never have anticipated you realise that beyond the tragedy that family suffer that day, there’s a bigger story and it’s how poorly our doctors, nurses and NHS staff are taken care of when they have to bear witness to such tragically impactful things every day.

This book will wake you up to just how much needs to be done and just how important it is to save the NHS as an institution, and to save the heroes who do everything from comforting a crying child, to desperately trying to save a life, only to have to then deliver the worst news of someone’s life, on what will be, one of many of the worst days of their lives too. 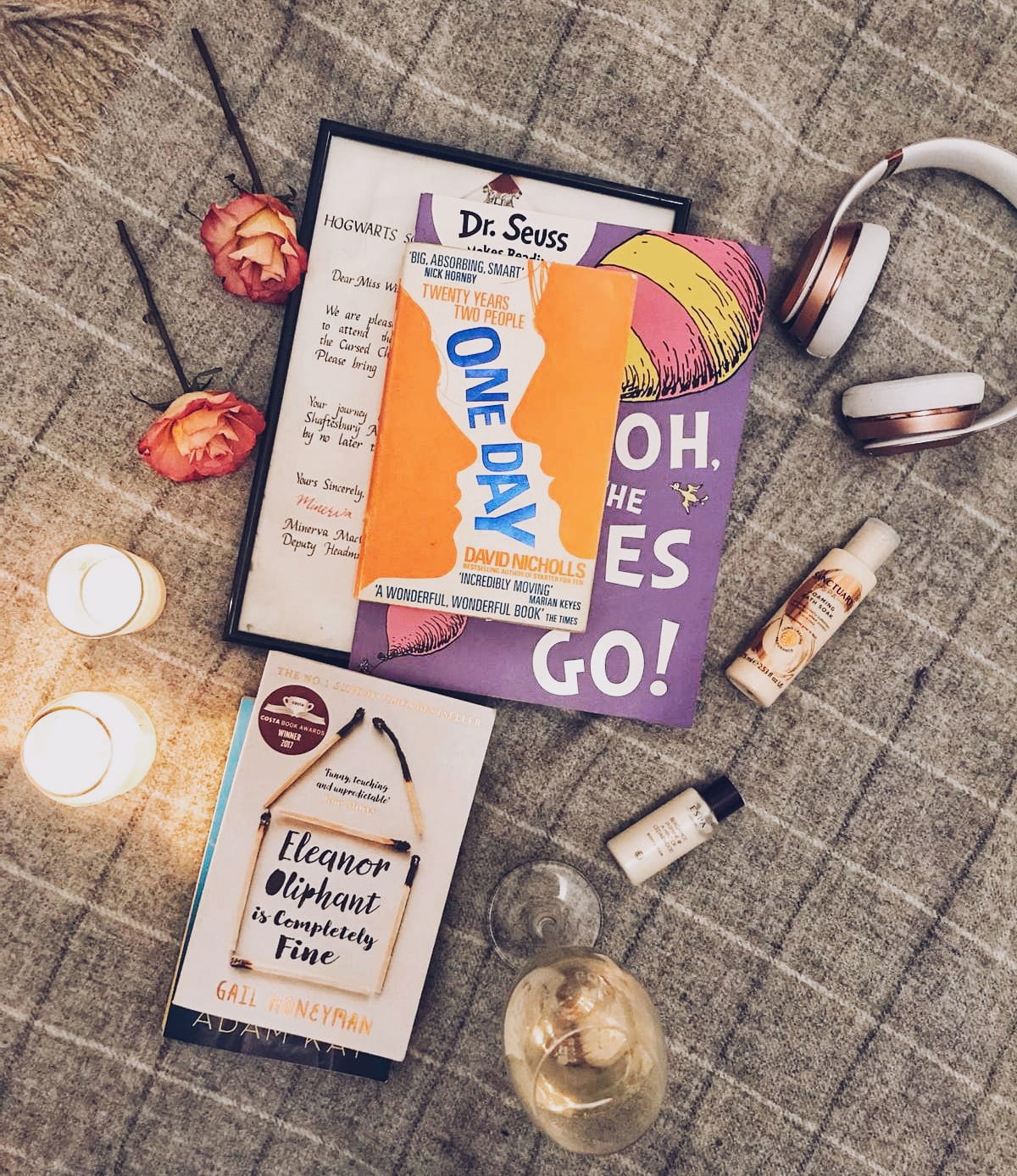 Eleanor Oliphant is Completely Fine
I’ll let my review here do the talking on this one. Sad, funny, heartwarming with an unlikely hero thrown in – its impossible not to love this book or to let it resonate with you. An incredible reminder that ‘everyone is fighting a battle you know nothing about’. It’ll make you a little kinder as you go about your day in the big wide world.

One Day by David Nicholls
I think this book appeals to a side of me I’m not all that inclined to talk about – I definitely have a pretty old school idea of what romance should be (although realistically these days I’m just grateful when I meet someone on Tinder who doesn’t want to send me a picture of their willy*.). I first heard about this book from my brother, who mentioned that his friend in the army (and several of his fellow soldiers!), had all read it and had all cried. I absolutely loved that, and I thought it must have been a pretty powerful book to have done the rounds in Afghan!

I picked it up and I couldn’t put it down; you feel like you live 2 peoples whole lives alongside them, watching them saunter through the years, continually wondering if they’ll get together (and desperately willing them to). I love this book of missed chances, of a friendship tested and how two lives can forever intertwine with one another despite taking two different paths.

I would wholeheartedly recommend this 🙂

Also – word to the wise – the film adaptation of this is the worst thing I have ever seen… Do not waste your time, the book is infinitely better!

What are the books that stuck with you, and why did they? I’d love to know…

*Willy is not my first choice of word here but my Mum reads this blog so you know, censorship. 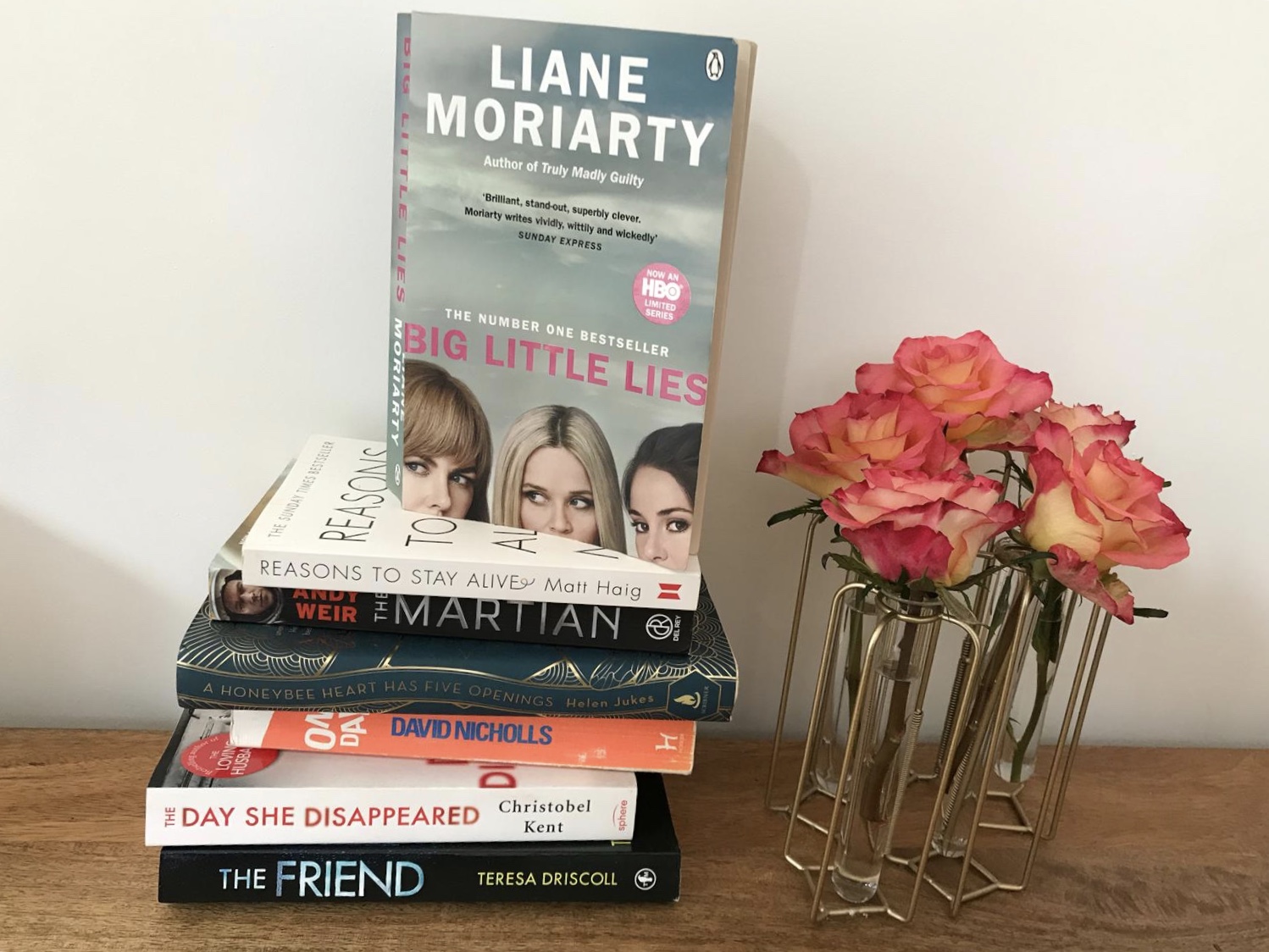 Blogger Book Club & Mini Review: Big Little Lies by Lianne Moriarty.
My brilliant friend Hels has refocussed her blog efforts this year into turning her wonderful little patch of the internet into a book blog! Off the back of the success of her blog overhaul, the wonderful Blogger Book Club has been launched. Every month, you can participate in a vote for what we should read that month and then join in the Twitter chat about it!

This month Big Little Lies was selected, and after having been a huge fan of the series, I was keen to get stuck in…

The book revolves around three characters; Madeleine, Celeste and Jane. Madeleine is dealing with the complexity of her ex-husband turning up with his new yogi-wife and their child attending the same school whilst they both try to co-parent their teenage daughter, Abigail. Celeste is hiding a dark secret, although to the outsider she appears to be leading the most picture-perfect life. Jane is new to town and is soon taken under Madeleine’s wing – the trio quickly bond and bit by bit, we get a glimpse into their lives, where not all is as it seems.

This book takes a satirical look at the heightened drama that often surrounds PTA’s, and there’s a lot of stereotypes that are made into caricatures for the benefit of the book. I loved how this book explored difficult themes such as domestic violence – this part of the book was well-researched and well-written; this is a topic close to my heart and I was glad to see it thoroughly researched (the book included the reading the author had done in the acknowledgements, top points to Moriarty for that.).

It cleverly explores gender dynamics, and the differences we unwittingly bestow upon children by how we raise them.

The plot itself is clever – you know from the off there’s been a murder, and the end of each chapter sees a little snippet of someone’s take on the events of an evening that changed the lives of everyone you encounter in the book. The series is very very similar to the book apart from one major plot change.

I tried to discern if I would have loved this book if it weren’t for having the series and I think overall I like the story, but (unusually for me) I preferred it as a TV production; this really allowed for the element of mystery to build, and made for a much less whimsical narrative.

Overall the storyline was great, but I think the execution was far better on screen. Both are worth a go!

If you’d like to join in the Blogger Book Club follow @thehelsproject (click the embedded tweet below!) and keep an eye out for the poll for the next book – or if you want to read Big Little Lies and join us feel free to!

A week to go until our next #BloggerBookClub chat! We’re talking all about Big Little Lies by Liane Moriarty. Find out more here: https://t.co/S8LvzSeZS6 📚💛 #bookbloggers @Cbeechat @FierceBloggers pic.twitter.com/wVyn27i34A