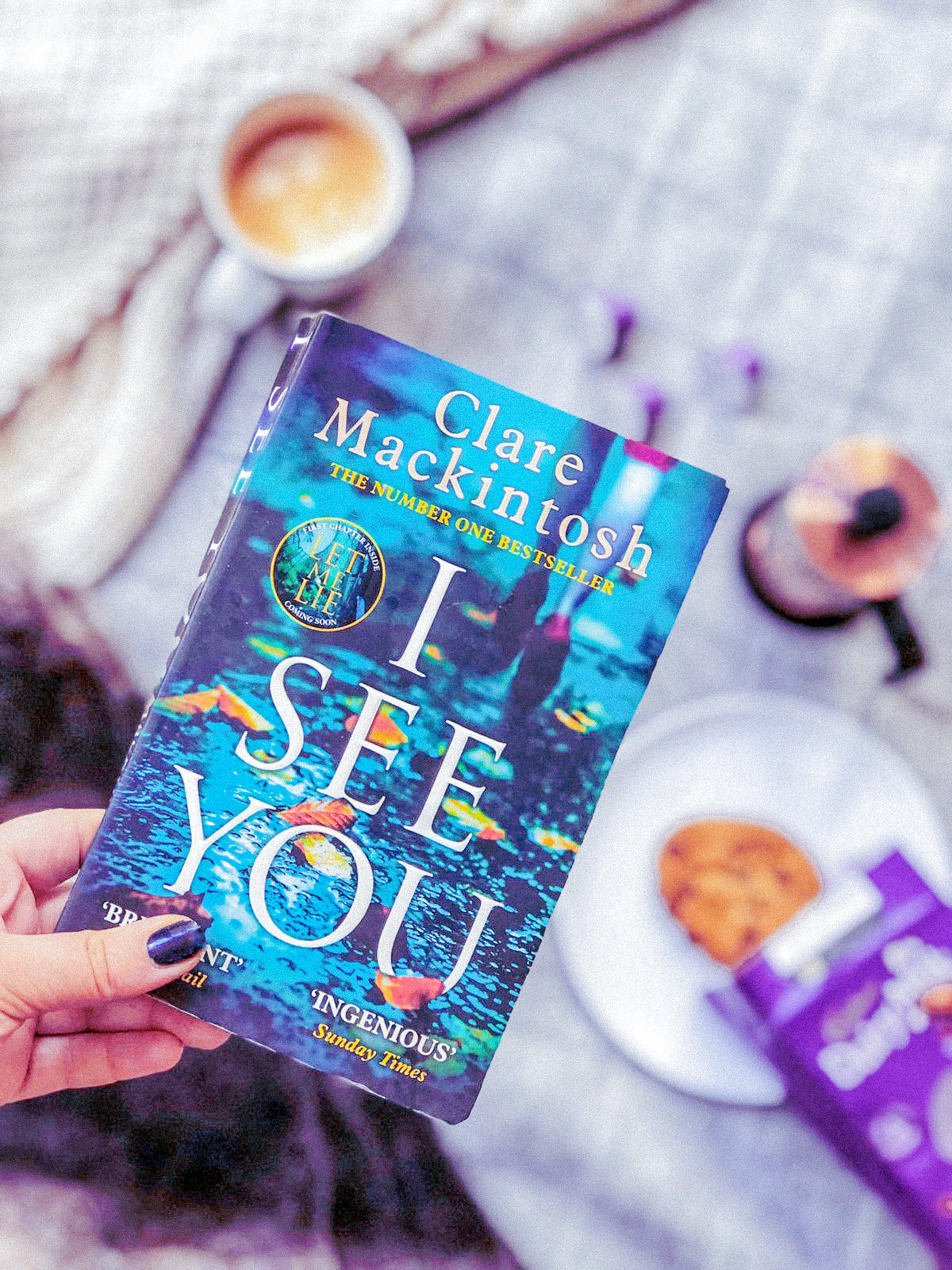 It’s been ages since I did a reading post. For me, curling up with a good book and a hot chocolate is simply one of the best ways to indulge in a little self-care in order to really tune the world out.

Last year I was thrilled when I surpassed my target of 20 books and hit 42, and this year I’m challenging myself to a hefty 65! I really enjoy writing book reviews, although there is a bit of a constant theme around the genre – I’m particularly fond of psychological thrillers; Hels and I often laugh that our Amazon recommended books are always sub-headed with “The perfect psychological thriller for fans of Girl on a Train and Gone Girl” or our other favourite “A shocking thriller with a twist you won’t see coming!”

Let’s get down to what I’ve read this year so far, shall we?

A Single Breath – Lucy Clarke
When Eva’s husband Jackson tragically drowns, she longs to meet his estranged family. The journey takes her to Jackson’s brother’s doorstep on a remote Tasmanian island. As strange details about her husband’s past begin to emerge, memories of the man she married start slipping through her fingers like sand, as everything she ever knew and loved about him is thrown into question. Now she’s no longer sure whether it was Jackson she fell in love with – or someone else entirely…

I read You Let Me In by Lucy Clarke last year and loved it; it was perfectly creepy without being so harrowing that it kept me anxiously awake, and it had a great twist. I was not disappointed with A Single Breath. I found myself living all of the grief alongside Eva, and with the occasional chapter written from Jackson, you find yourself truly hooked so as to find out the truth behind Jackson’s secrets.

I See You – Claire Mackintosh
When Zoe Walker sees her photo in the classifieds section of a London newspaper, she is determined to find out why it’s there. There’s no explanation: just a grainy image, a website address and a phone number. She takes it home to her family, who are convinced it’s just someone who looks like Zoe. But the next day the advert shows a photo of a different woman, and another the day after that.

I’m not sure if I’d hit a reading slump when Hels lent me this book, but I couldn’t help but waiver on it slightly, so I did something exceptionally naughty, and I skipped on ahead to read more towards the end. I had some suspicions around one of the characters which were confirmed, I felt spurred on to see how it unfolded. On reflection I think I found the main protagonist somewhat irritating, and I struggled to identify with her, but as I got into the book I found myself really enjoying it, although it has made me eternally fearful on the tube!

An Anonymous Girl – Greer Hendricks, Sarah Pekkanen
When Jessica Farris signs up for a psychology study conducted by the mysterious Dr Shields, she thinks all she’ll have to do is answer a few questions, collect her money and leave. But as the questions grow more and more intense and invasive, and the sessions become outings where Jess is told what to wear and how to act, she begins to feel as though Dr Shields may know what she’s thinking . . . and what she’s hiding. As Jess’s paranoia grows, it becomes clear that she can no longer trust what is real in her life, and what is one of Dr Shields’s manipulative experiments. Caught in a web of deceit and jealousy, Jess quickly learns that some obsessions can be deadly.

I really enjoyed Pekkanen and Hendricks’ debut novel, The Wife Between Us, and I always find their books easy to slip into. The characters were intriguing, and whilst I enjoyed this as I was reading it, I found it fell a little flat overall. The climax was not particularly overwhelming and in places the book was fairly predictable. I’d vote this a good holiday read.

Come A Little Closer – Rachel Abbott
They will be coming soon. They come every night. Snow is falling softly as a young woman takes her last breath. Fifteen miles away, two women sit silently in a dark kitchen. They don’t speak, because there is nothing left to be said. Another woman boards a plane to escape the man who is trying to steal her life. But she will have to return, sooner or later. These strangers have one thing in common. They each made one bad choice – and now they have no choices left. Soon they won’t be strangers, they’ll be family…When DCI Tom Douglas is called to the cold, lonely scene of a suspicious death, he is baffled. Who is she? Where did she come from? How did she get there? How many more must die?

Who is controlling them, and how can they be stopped?

I absolutely love Rachel Abbott – I discovered her last year, and her writing is just incredible. When I read this, I could so envision what was happening. There were consistent twists that played out really well and tied together beautifully at the end. This book was so tense, and with such an unusual plot line that differed from so many psychological thrillers I’ve read previously that I thoroughly enjoyed it. I really liked Tom Douglas’ character, although he actually only marginally features in the book despite it being the Tom Douglas Thrillers series, with it revolving between the police investigation and the first-hand account of the key protagonist in the book. If you like psychological thrillers, but are a little tired of what can often feel like you’re reading the same book on repeat, then this is the perfect book for you. Rachel Abbott’s books are a little more expensive than most on Kindle, but I would say they’re definitely worth the investment! 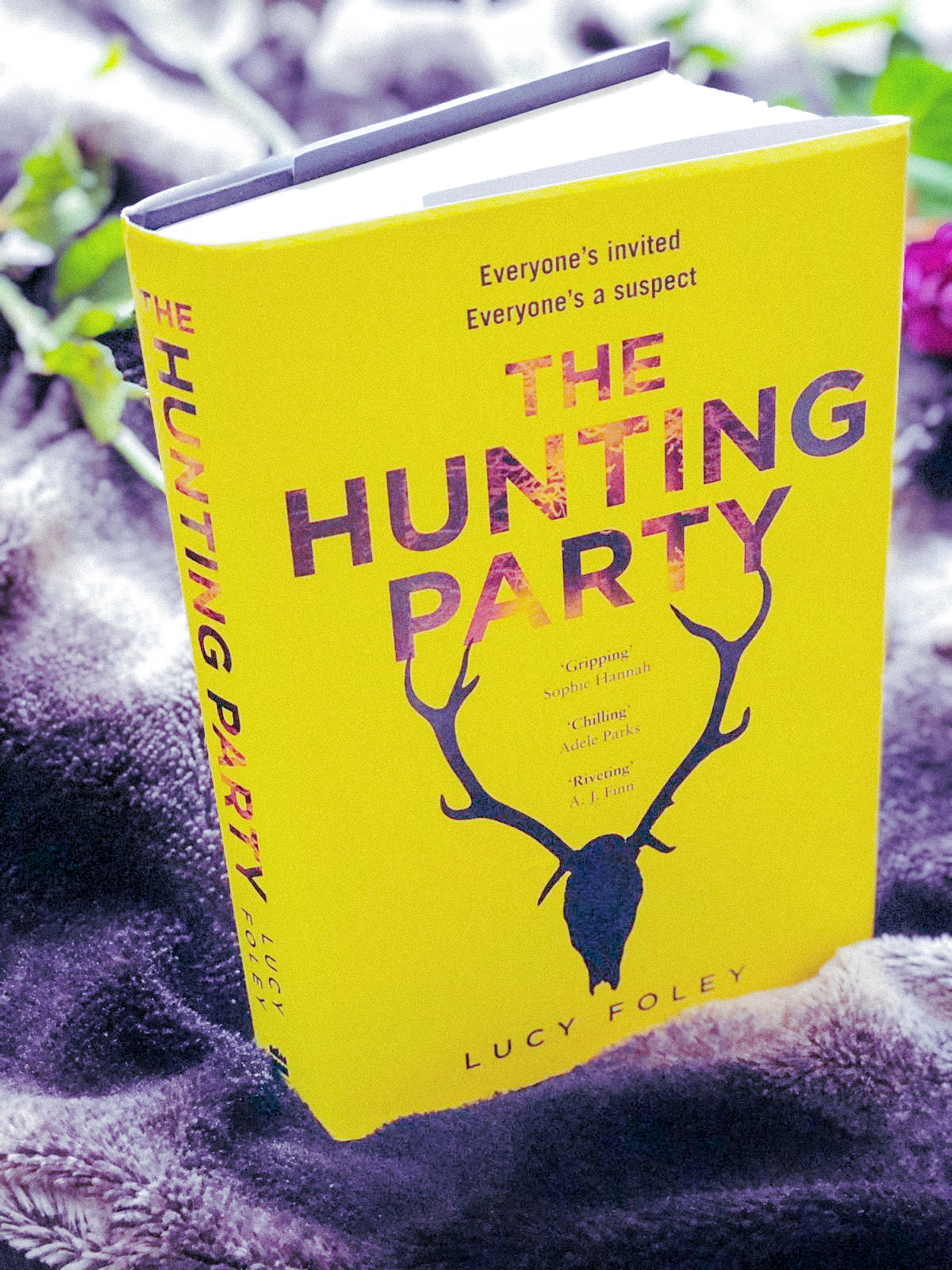 Not an accident – a murder among friends.

There had been so much hype about this book that I was intrigued; I loved the idea of a slightly more modern-ised Poirot-esque type whodunnit, and this, set in a lodge in remote Scotland, did not disappoint! My initial thoughts were that maintaining that many narratives would prove challenging, but the characters – and their perspectives – were so well written that it was easy to relate to the majority of them.

Admittedly at first I had to skip back and forth just to re-establish I was still along the right lines with who I thought was whom, but the little twists, the way it ties together and the journey it takes you on are fantastic. One of the best books I’ve read in ages, I’d thoroughly recommend!

Lisa, a troubled young woman with a past, can’t believe her luck when she finds a beautiful room to rent in a large house. The live-in owners are a kind and welcoming couple. Everything is fine until she finds a suicide note hidden in her room. But when the couple insist this man didn’t exist and that Lisa is their first tenant, Lisa begins to doubt herself.

Compelled to uncover the secrets of the man who lived in the room before her, Lisa is alarmed when increasingly disturbing incidents start to happen. Someone doesn’t want Lisa to find out the truth.

As the four walls of this house and its secrets begin to close in on Lisa, she descends into a hellish hall of mirrors where she’s not sure what’s real and what’s not as she claws her way towards the truth…

This room has already claimed one victim?

Is it about to take another?

This was one of those unusual do-I-like-this-or-not type reads. The story line itself is strong, although I found the main character a little grating; the book was written in first person and the protagonist unveils some strange twists along the way, but given its written as her ‘diary’ it just didn’t quite come off that she wouldn’t have shared these things before this point.

I also found her in a couple of situations that she could have quite easily got herself out of, so the plot fell a little flat for me in places. There were however, some truly scary parts which definitely made the hairs on the back of my neck stand up.

What have been your favourite reads this year? I’d love to know your recommendations!