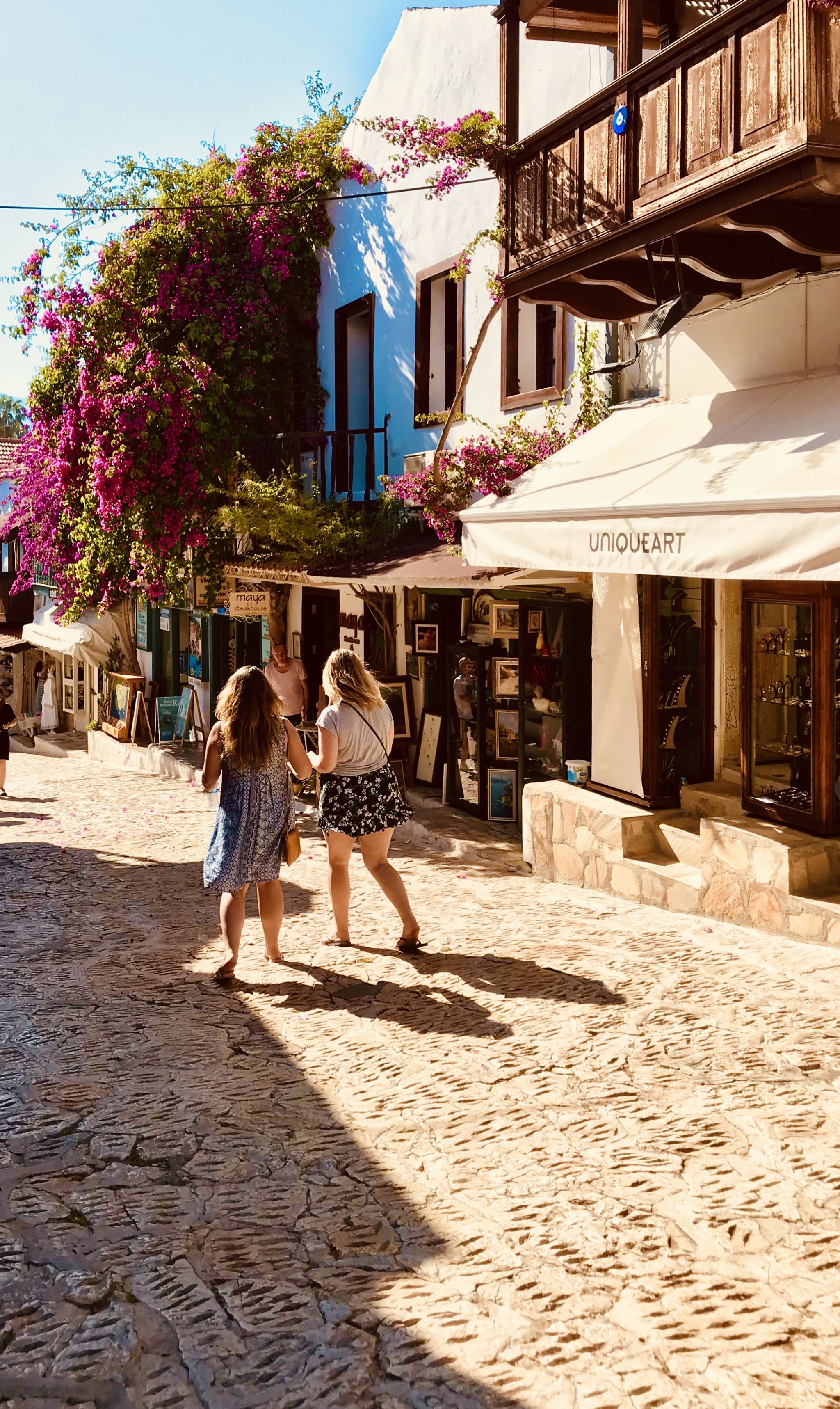 As I mentioned at the start of this series, I (slightly shamefully) had some misconceptions about Turkey. I remembered a trip years before where I’d felt a bit uncomfortable as a woman on her own in Turkey – but, a lot’s changed in recent years. Turkish tourism was hit incredibly hard in 2016 after car bombs went off in Istanbul; the Turkish economy has taken some time to recover. We were told by locals that tourism as a viable part of the economy, had been perhaps taken for granted previously, but now that things were on the up again, the Turkish were determined to retain status as one of the most hospitable places on earth, and when you readjust your perceptions to understand this you realise that it rivals that of places like Dubai.

Nothing would underpin this more, than when we docked in the little port town of Kaş (pronounced ‘cash’). Beautiful blues met us everywhere (honestly, if Turkey had a colour scheme it would just be ‘Azure Perfection’). 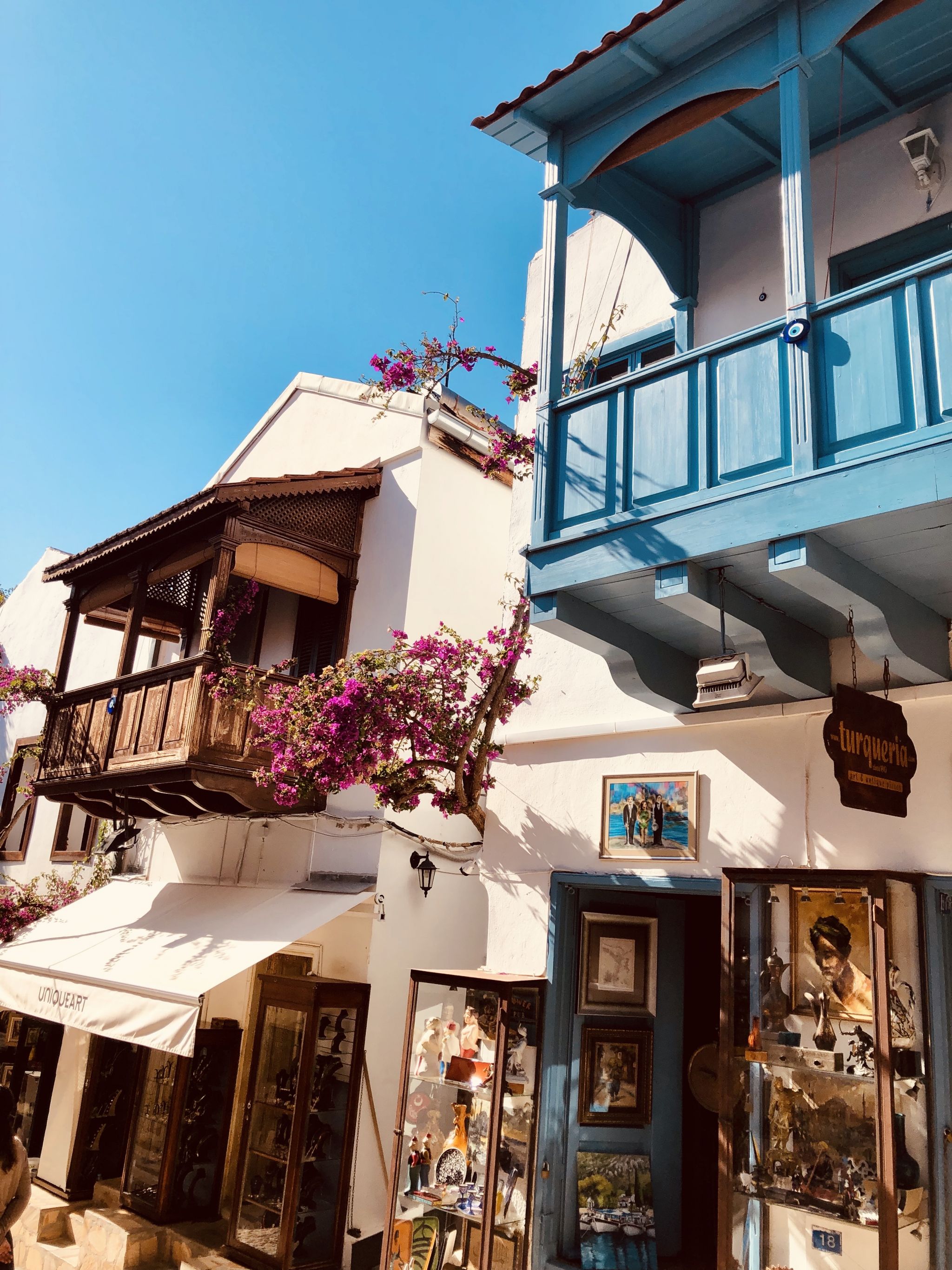 We hopped off the boat to explore, and the Kaptan told us to be back for dinner in the port before we headed out to experience a little bit of Turkish nightlife. 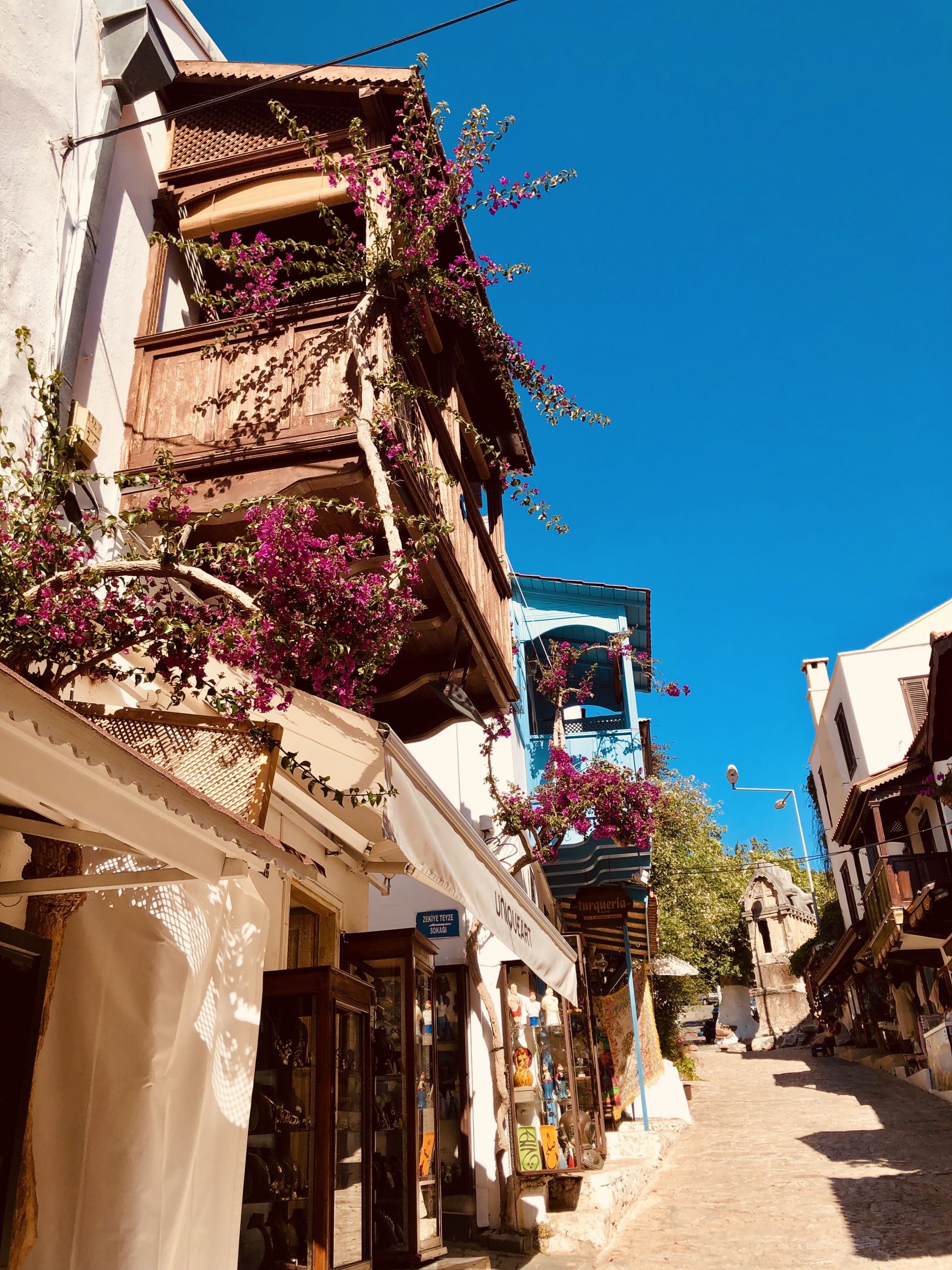 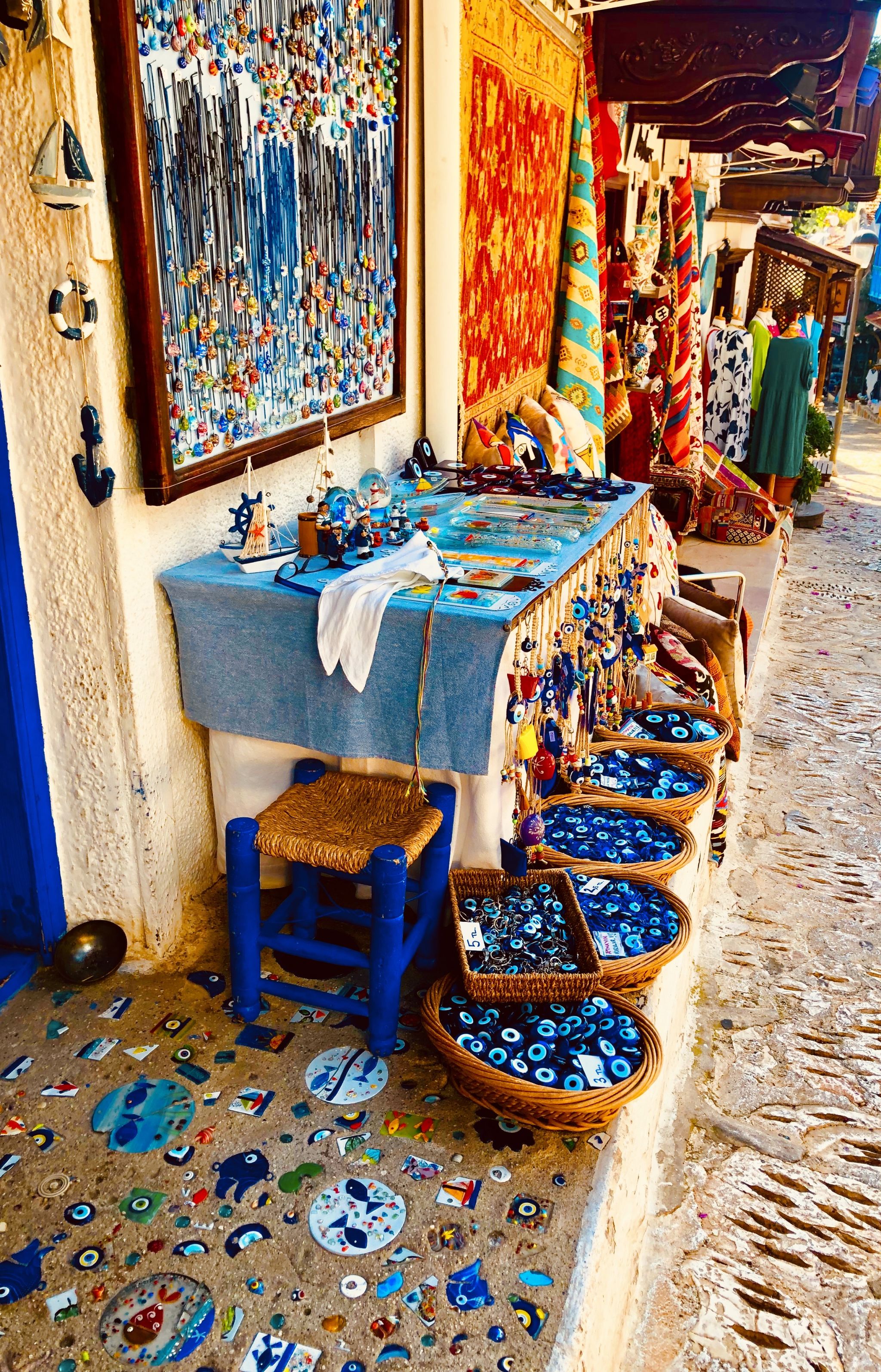 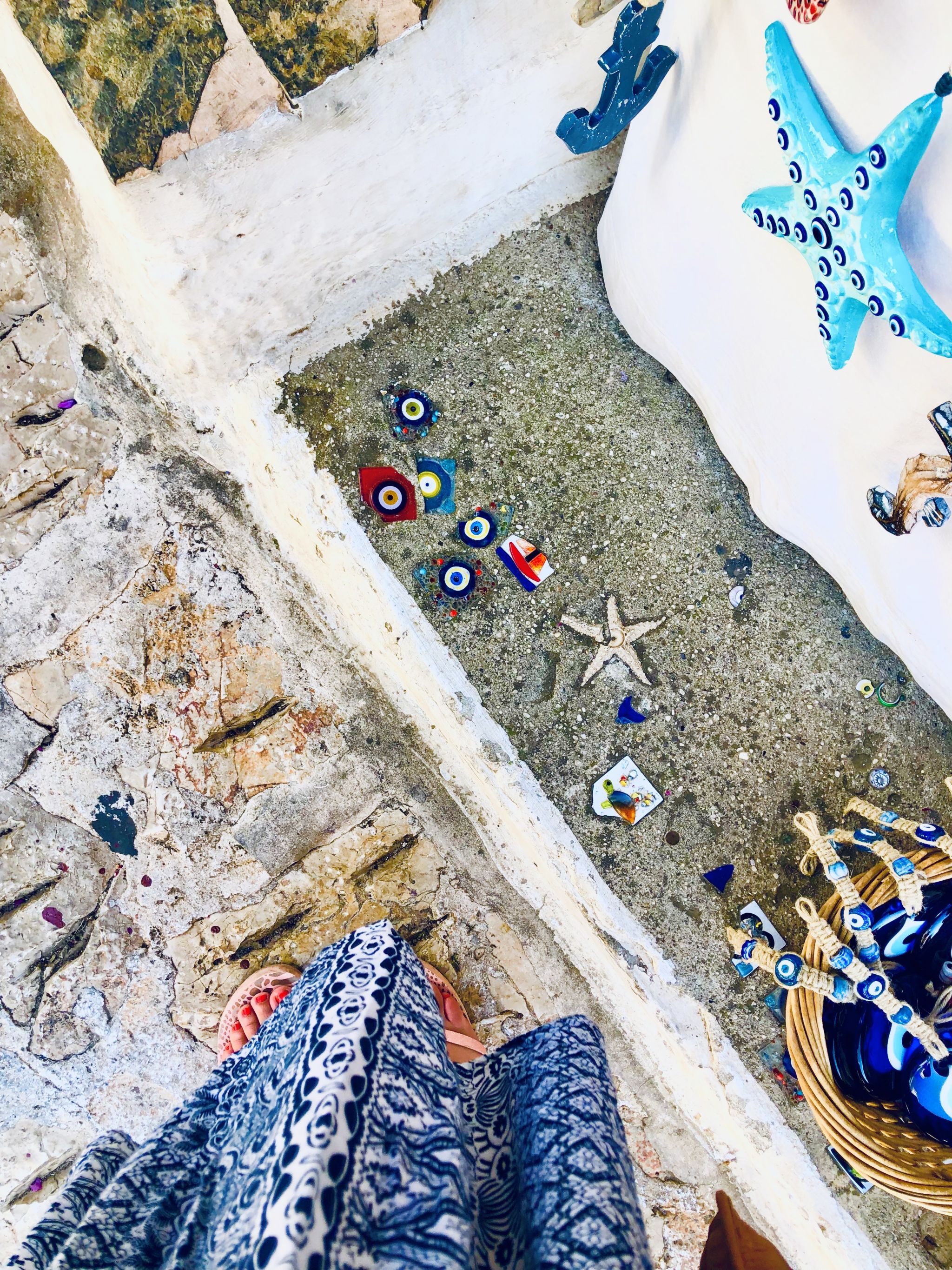 We explored the streets, although Kaş is not a particularly big town, so after a while we hunted out Queen’s Bar – a rooftop bar with a stunning view over the port. 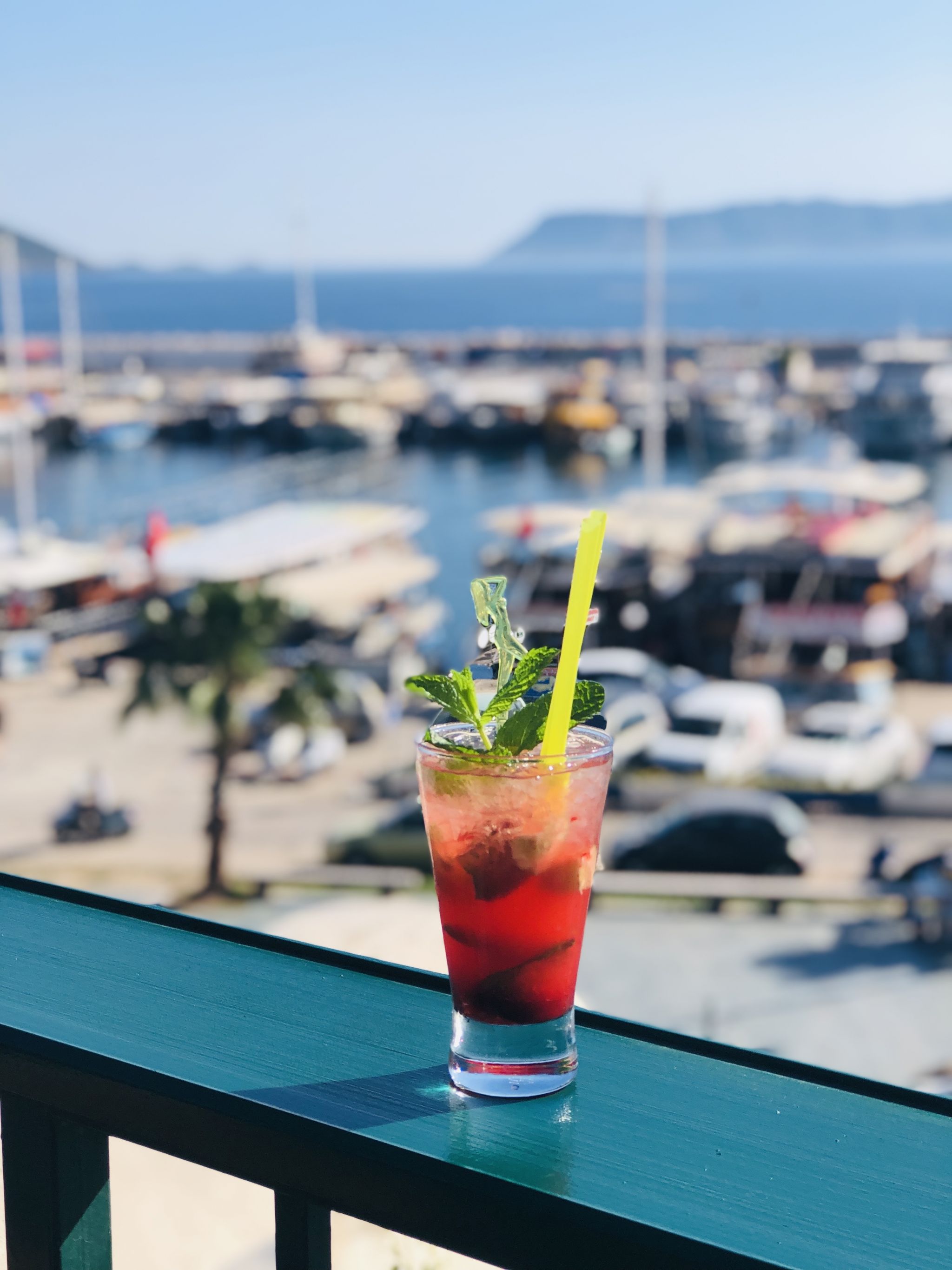 And, just like at Yacht Boheme, the staff at Queen’s couldn’t do enough. A family run bar, one of the owners came to greet us and ask us about our favourite cocktails…. 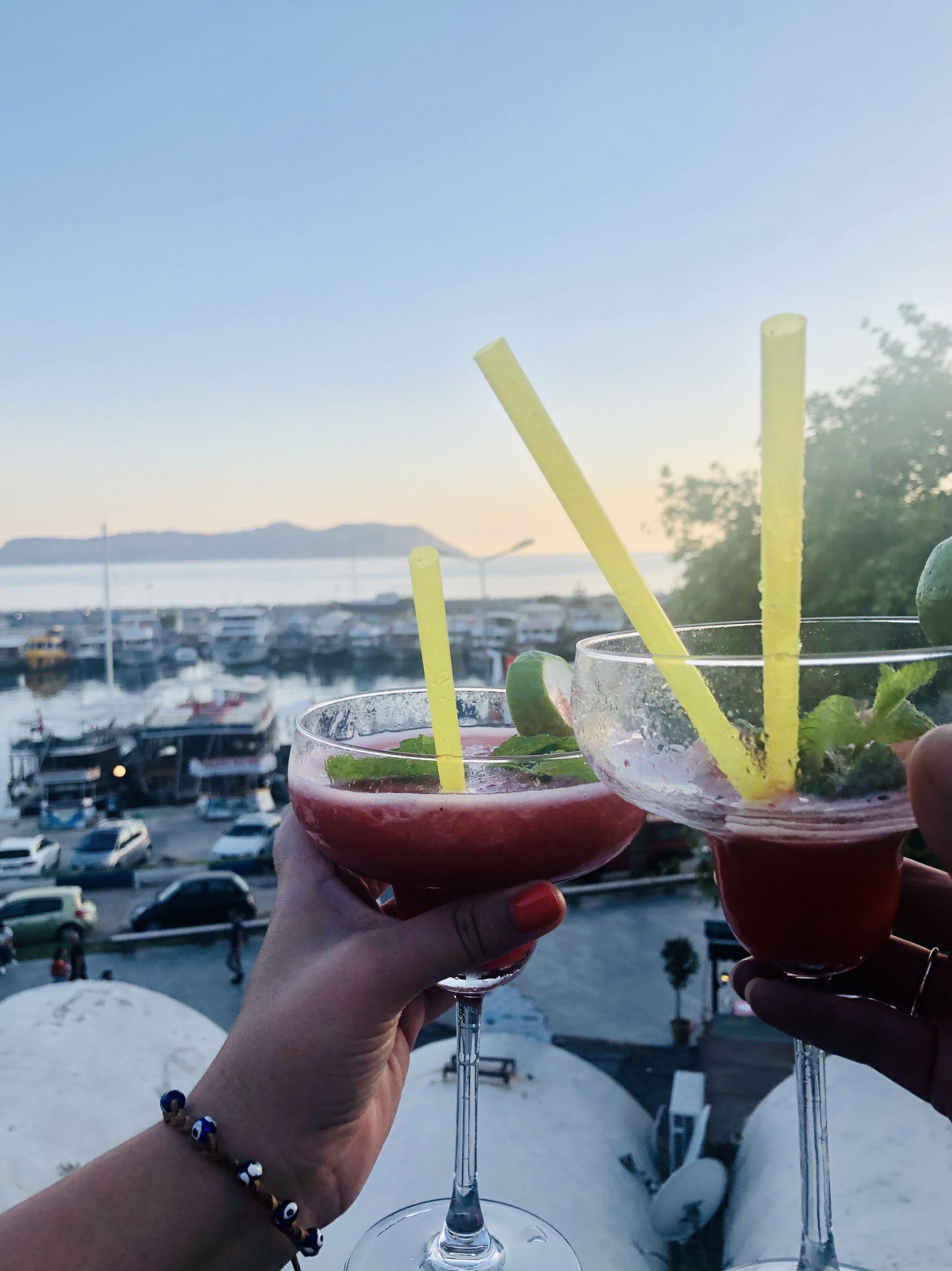 “I have something else, too…” he said, and before we knew it he’d flew downstairs only to return with homemade shots. Terrifying? Yes. Delicious? Absolutely! 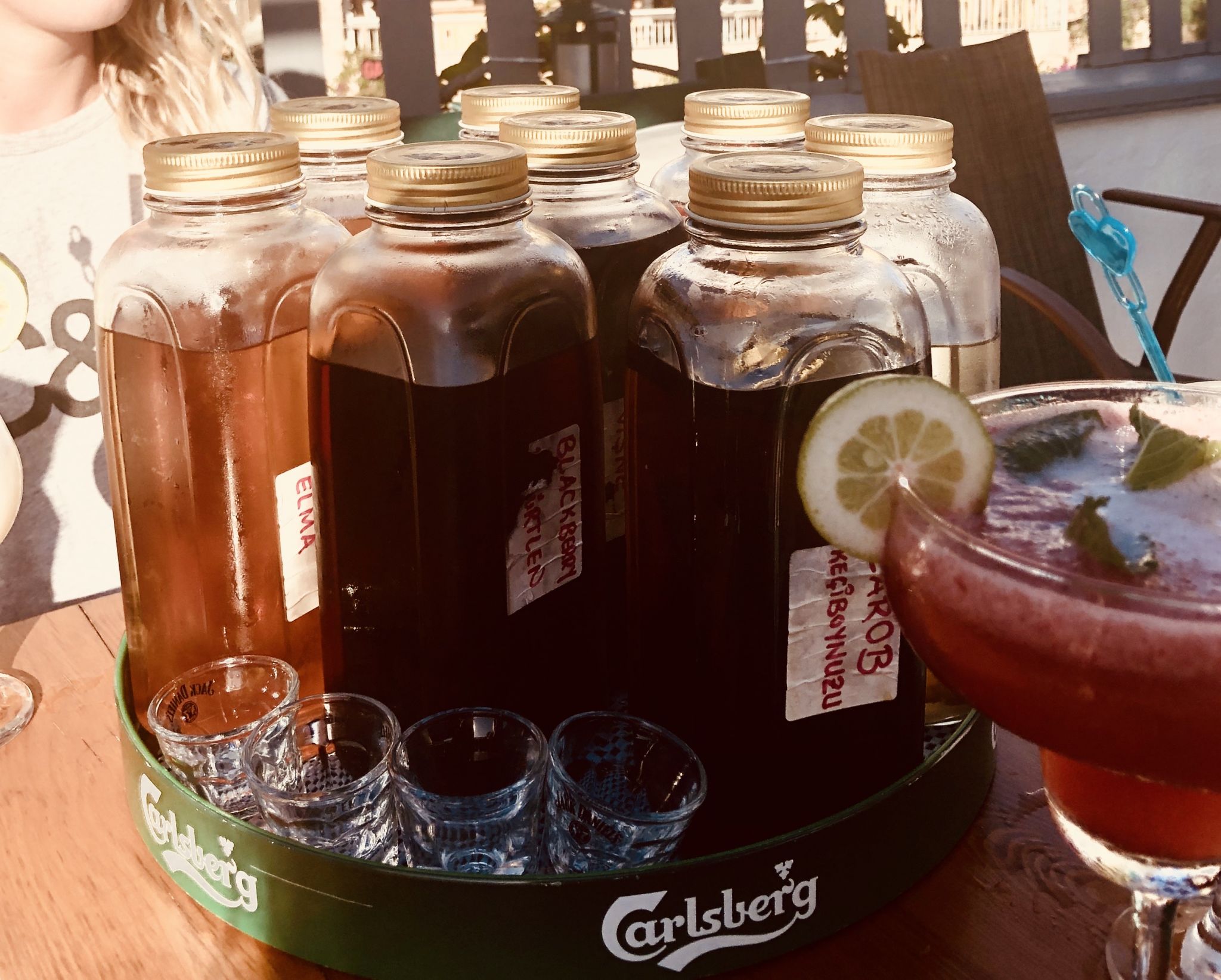 We sat, basking in the sun, regaled with tales of the best places to go in Turkey. Soon we hurried off for dinner, with promises to return. 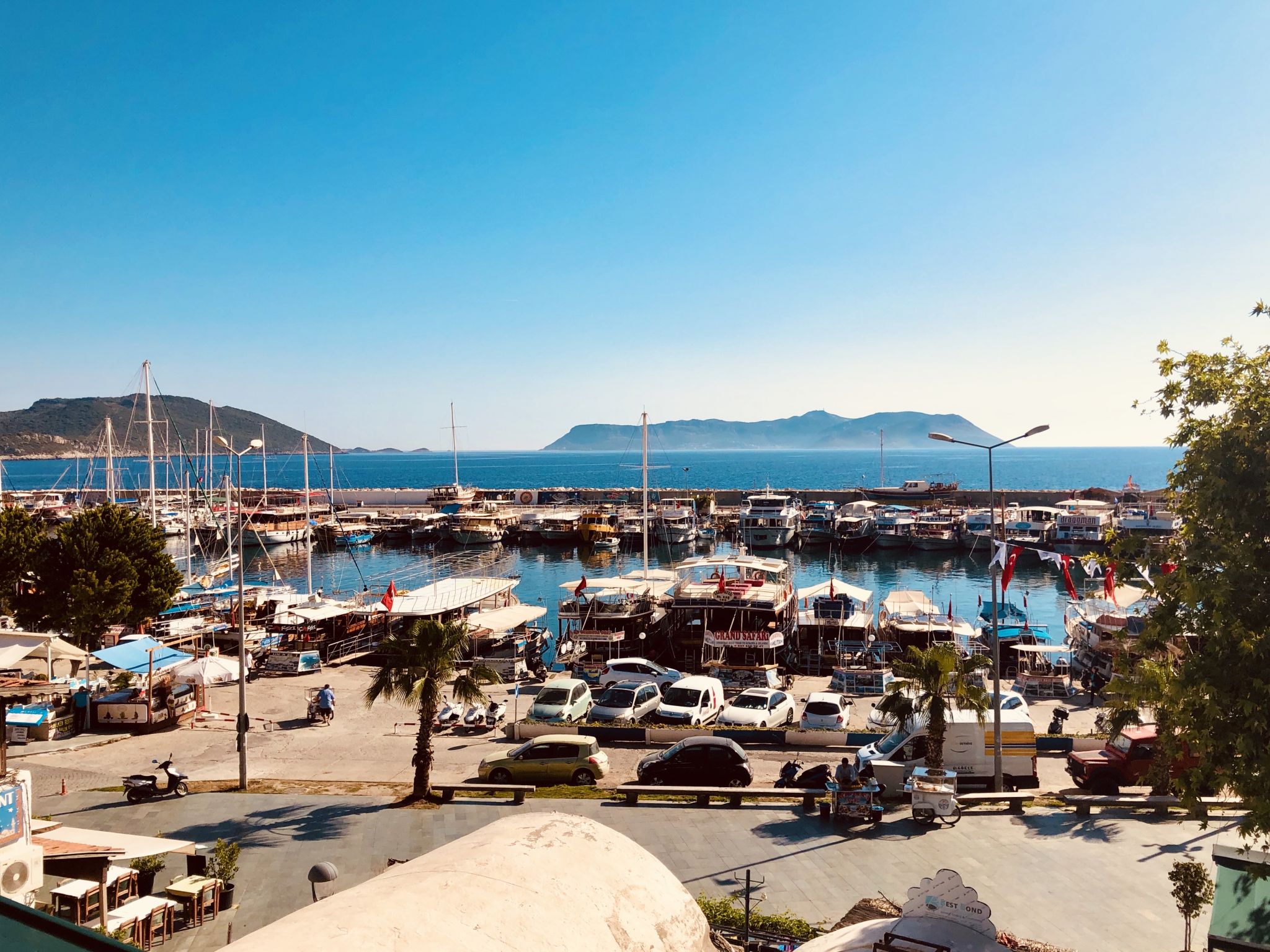 When we did return, they were ready for us, the cocktails we’d been drinking readily prepped once again. We danced and celebrated S’ birthday as the clock struck midnight, and the team behind the bar brought out sparklers and a little cake for her.

A beautifully relaxing day, finished with dancing in the perfect little port town of Kaş.

Have you been to Kaş? What did you think?