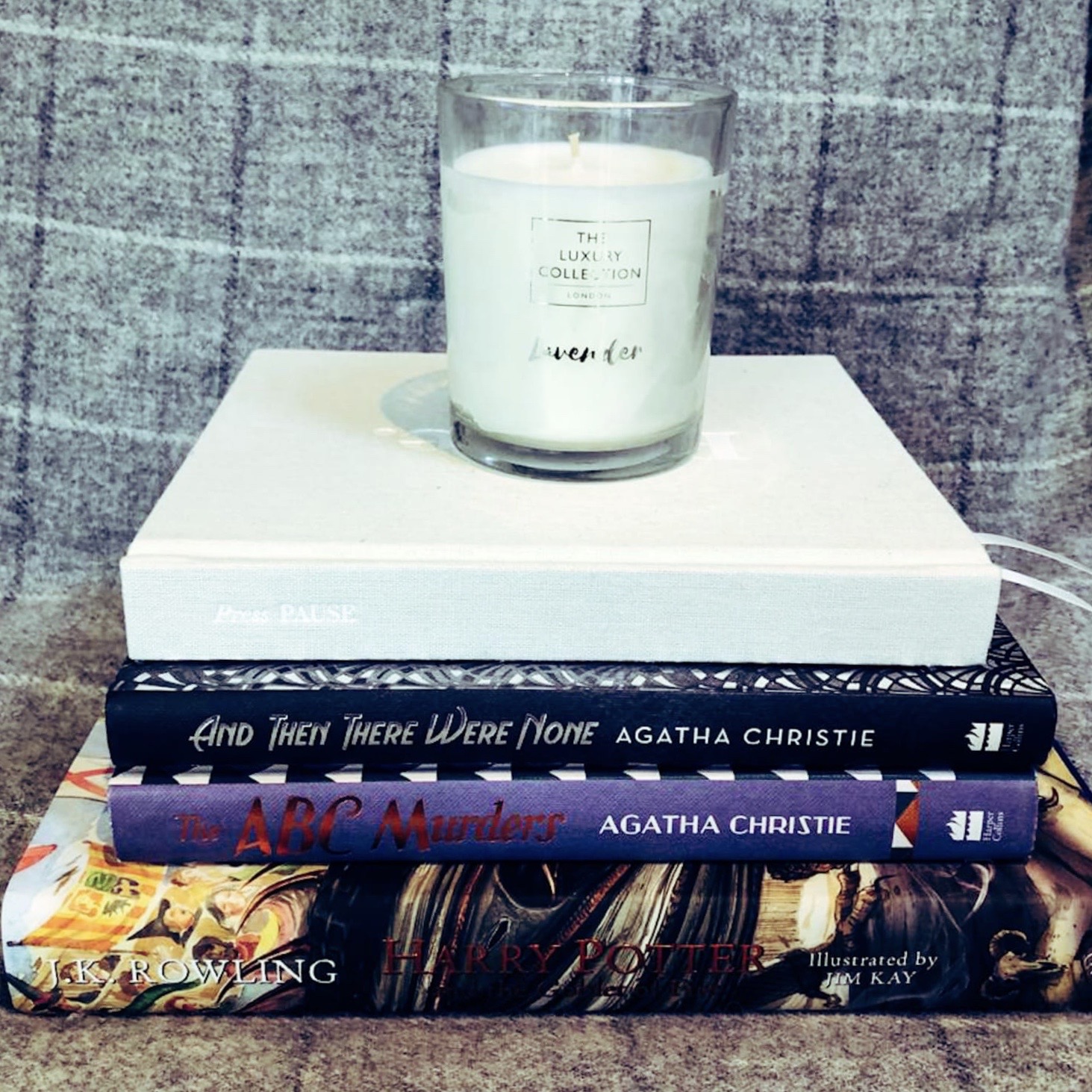 I’ve decided not to set myself a reading target this year, I’m just going to read because I love it! I’m increasingly finding this is my attitude – with reading, running etc – no set targets, just setting out to do something I enjoy, purely for that very fact.

And do you know, it’s made a world of difference to me. I’ve read so much already in 2020, and I’ve genuinely enjoyed the read without thinking if I finish this I’ll be x step closer to my reading goal!

The Silent Patient – Alex Michaelides
Alicia Berenson lived a seemingly perfect life until one day six years ago.
When she shot her husband in the head five times.
Since then she hasn’t spoken a single word.
It’s time to find out why.

It was time to get back to my old faithful, a psychological thriller! The Silent Patient is one of those books that hooks you in from the opening. The characters are well thought-through and there is a continual air of intrigue. I found myself guessing all the way through and it was only at the very end that I realised the twist. This was brilliantly written, truly terrifying and left me thinking about the characters in days to come. It concluded satisfactorily and I’m still trying to get my head around how the author wove it all together!

The Lying Game – Ruth Ware
The text message arrives in the small hours of the morning: I need you.

Isa drops everything, takes her baby daughter and heads straight to Salten. She spent the most significant days of her life at boarding school on the marshes there, days which still cast their shadow over her.

Isa and her three best friends used to play the Lying Game, competing to convince people of outrageous stories. Now, after seventeen years of hiding the truth, something terrible has been found on the beach.

The friends’ darkest secret is about to come to light…

Ultimately I felt I was taking a bit of a gamble going back to Ruth Ware. I read The Woman in Cabin 10 and In A Dark, Dark Wood and loved them. I then turned my hand to her book The Death of Mrs Westaway which I felt didn’t quite make the cut, but when I saw the premise of The Lying Game I thought it might be a return to form. I liked the story line to this, but the execution felt flat; the twist was predictable and was revealed in quite a mundane manner I thought – so much so that I went back to re-read it because I was convinced that couldn’t have been how the twist was delivered! This set the tone for the end of the book which felt a little rushed. I liked the friendship between the four female characters, but I didn’t believe their friendship had much depth.

The ABC Murders – Agatha Christie
There’s a serial killer on the loose, working his way through the alphabet – and the whole country is in a state of panic. A is for Mrs Ascher in Andover, B is for Betty Barnard in Bexhill, C is for Sir Carmichael Clarke in Churston. With each murder, the killer is getting more confident – but leaving a trail of deliberate clues to taunt the proud Hercule Poirot might just prove to be the first, and fatal mistake.

Christmas time in our family always represented everyone gathering in the lounge at some point to watch an Agatha Christie. We’d all be full of roast dinner, and half of us would fall asleep whilst the others remained to determined to stay awake and assist Hercule Poirot in his efforts to solve a murder. I’ve never read an Agatha Christie, and my lovely Mum bought me two beautiful editions of these books to get started with. I kicked off with the ABC Murders!

This was an enjoyable first-step into the written world of Agatha Christie. I love the character of Poirot, and the ABC Murders is told largely through the diaries of Poirot’s companion, Hastings. Towards the end I had some inkling as to who the murderer might be, although I found myself second guessing every character that was met! I’m looking forward to getting stuck into And Then There Were None next and seeing if my sleuthing skills are up to that of Hercule M Poirot’s next time 🙂 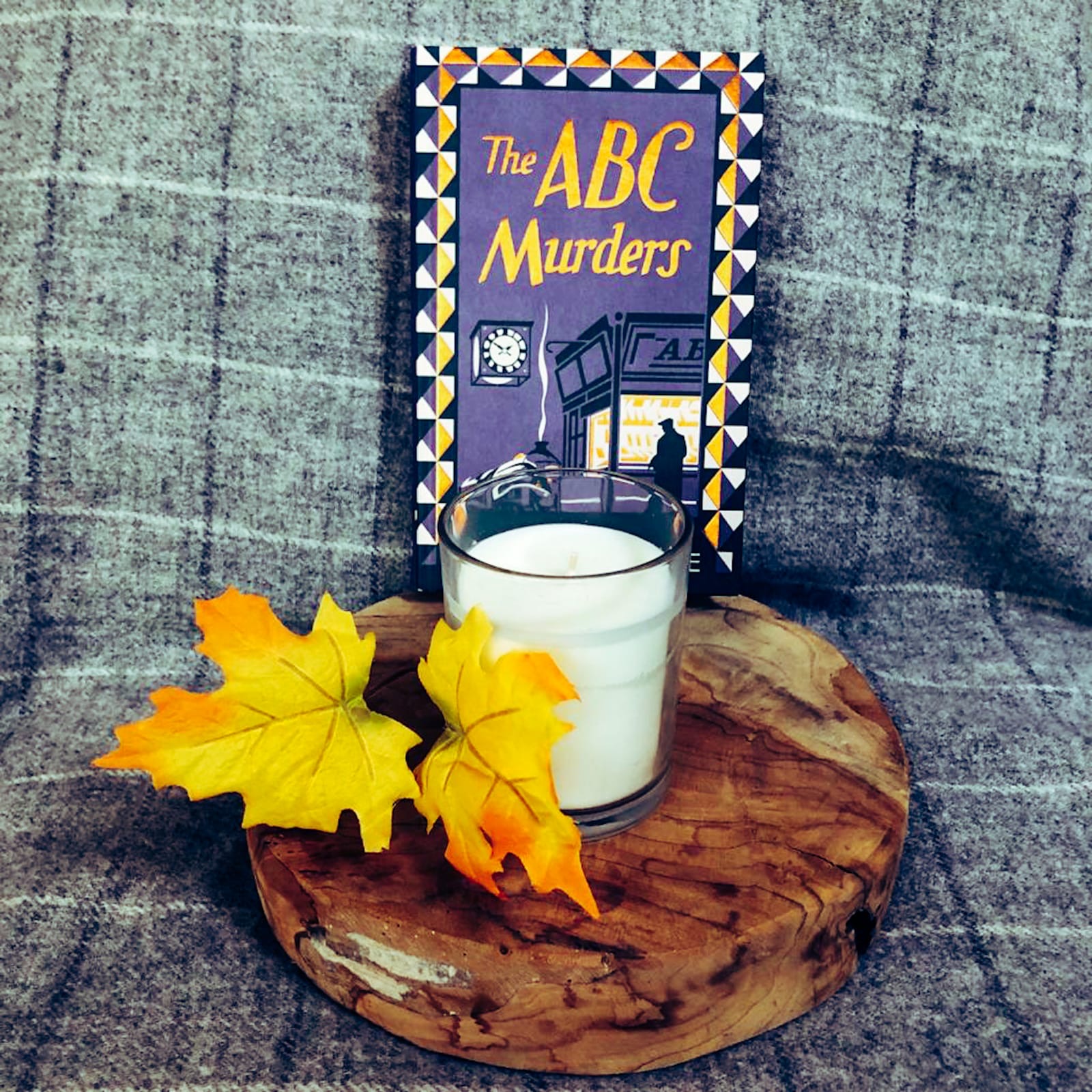 Only the Innocent – Rachel Abbott
A man is dead. The killer is a woman. But what secrets lie beneath the surface – so dark that a man has to die?

Women are rarely cold blooded killers. But when famous philanthropist Hugo Fletcher is found dead, there is no doubt in anybody’s mind that the killer is a woman. And it is clear from the precision of the planning that this was no crime of passion. It was an execution.

The victim was revered the world over for his charitable work with trafficked Eastern European prostitutes, and as at least one of these girls is missing, Detective Chief Inspector Tom Douglas is certain that there has to be a connection.

But nothing is as it appears on the surface. A web of complex relationships is gradually revealed and it seems that everybody has something to hide. As each horrific secret is exposed, Tom Douglas begins to realise that this is much more than a simple murder case. And he has a terrible dilemma to face – whether to punish the guilty, or protect the innocent.

I discovered Rachel Abbott last year, and soon realised the book I was reading was actually one in a series – you can read the Tom Douglas Thrillers as standalone books or in sequence; Tom Douglas is a very likeable character and there is an ongoing backstory for him throughout the books, although the primary focus is on the crime at hand.

Only The Innocent was a tough read, but the story line was gripping and I was continually guessing who was responsible for Hugo Fletcher’s murder. This was executed brilliantly, with excerpts of letters giving us insight into the relationship between Lady Fletcher and Hugo in the run up to, and then continuation, into their marriage.

Sometimes I find police procedurals can stagnate a little bit and almost become a bit too ‘admin heavy’, but this was great as it alternated from different characters who were well thought through. This gave me a similar eerie feeling to BA Paris’ Behind Closed Doors, I was awake until some ungodly hour finishing this because I just had to know how it panned out.

Twas The Night Shift Before Christmas – Adam Kay
Christmas is coming, the goose is getting fat . . . but 1.4 million NHS staff are heading off to work. In this perfect present for anyone who has ever set foot in a hospital, Adam Kay delves back into his diaries for a hilarious, horrifying and sometimes heartbreaking peek behind the blue curtain at Christmastime.

Twas the Nightshift Before Christmas is a love letter to all those who spend their festive season on the front line, removing babies and baubles from the various places they get stuck, at the most wonderful time of the year.

This Is Going To Hurt by Adam Kay was one of my favourite books of last year; it was so funny but yet so powerfully emotive and really made me thankful for all of the people in the NHS who tirelessly work year-round to keep such an institution going. As always, Adam Kay writes with so much wit and warmth; you’ll find yourself laughing along, as well as quickly tearing up with tales of nurses and doctors who go above and beyond. My only wish is that it had been longer. If you haven’t read either of Adam’s books then get to it ASAP! 🙂

When a stranger asks Jo Blackmore for a lift she says yes, then swiftly wishes she hadn’t.

The stranger knows Jo’s name, she knows her husband Max and she’s got a glove belonging to Jo’s two year old daughter Elise.

What begins with a subtle threat swiftly turns into a nightmare as the police, social services and even Jo’s own husband turn against her.

No one believes that Elise is in danger. But Jo knows there’s only one way to keep her child safe – RUN.

I didn’t realise just how much I liked a C L Taylor novel – she’s one of those authors who I unwittingly end up reading time and time again because the blurbs of her books really hook me in! That said, The Escape wasn’t my favourite C L Taylor book; I enjoyed the sense of foreboding this brought with it, and there were Mark Edwards-esque elements where I felt so stressed and sorry for the character of Jo as she was continually being framed, but ultimately I found I had to suspend belief a little bit in order to buy into this;  the story line felt far fetched in places, and some of the twists just felt as though they were too coincidental. Not my favourite C L Taylor novel, but a decent read overall.

What have you been reading in 2020? I’d love to know your recommendations!