After having spent most of the day before looking longingly across the river, we decided we ought to go and check it out for ourselves! 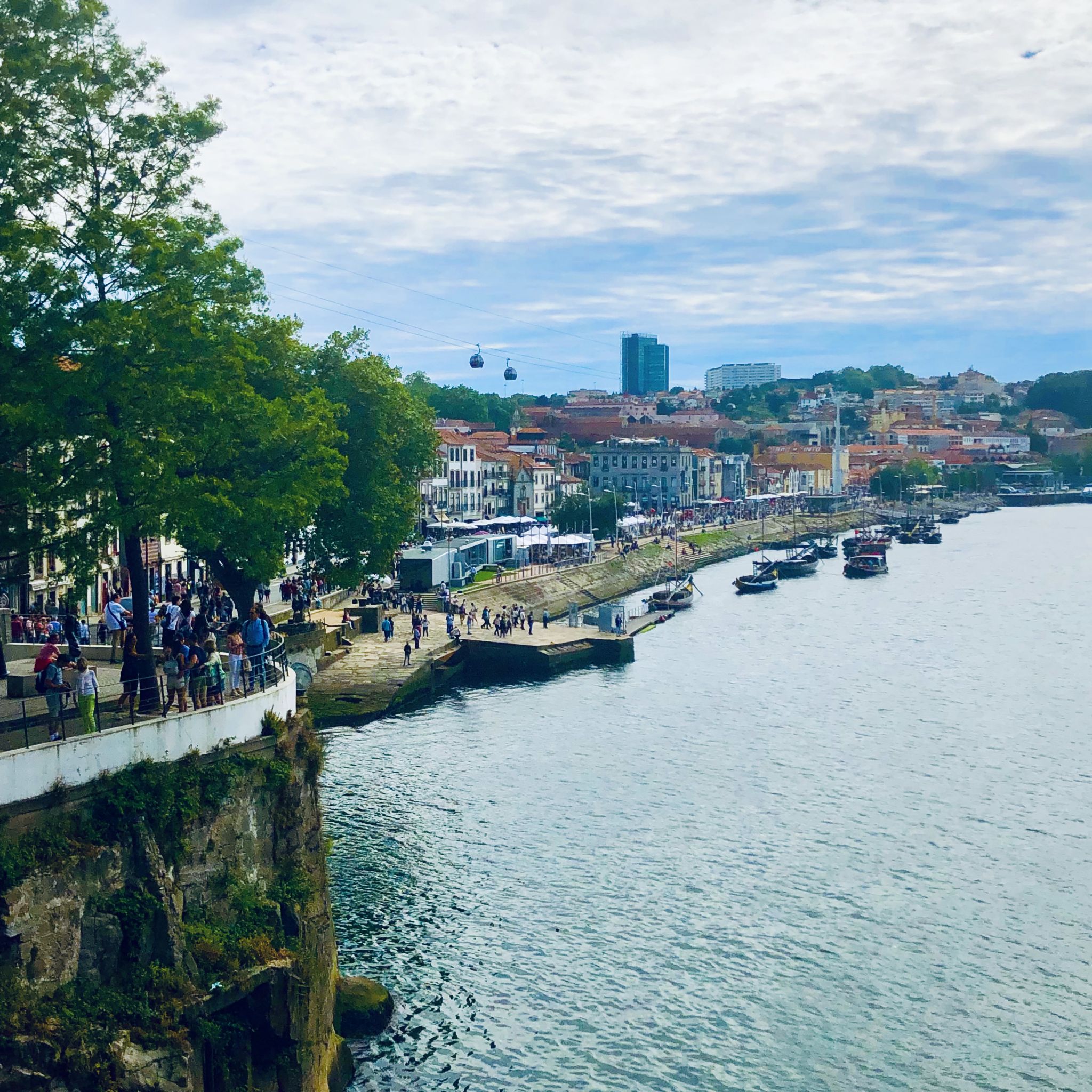 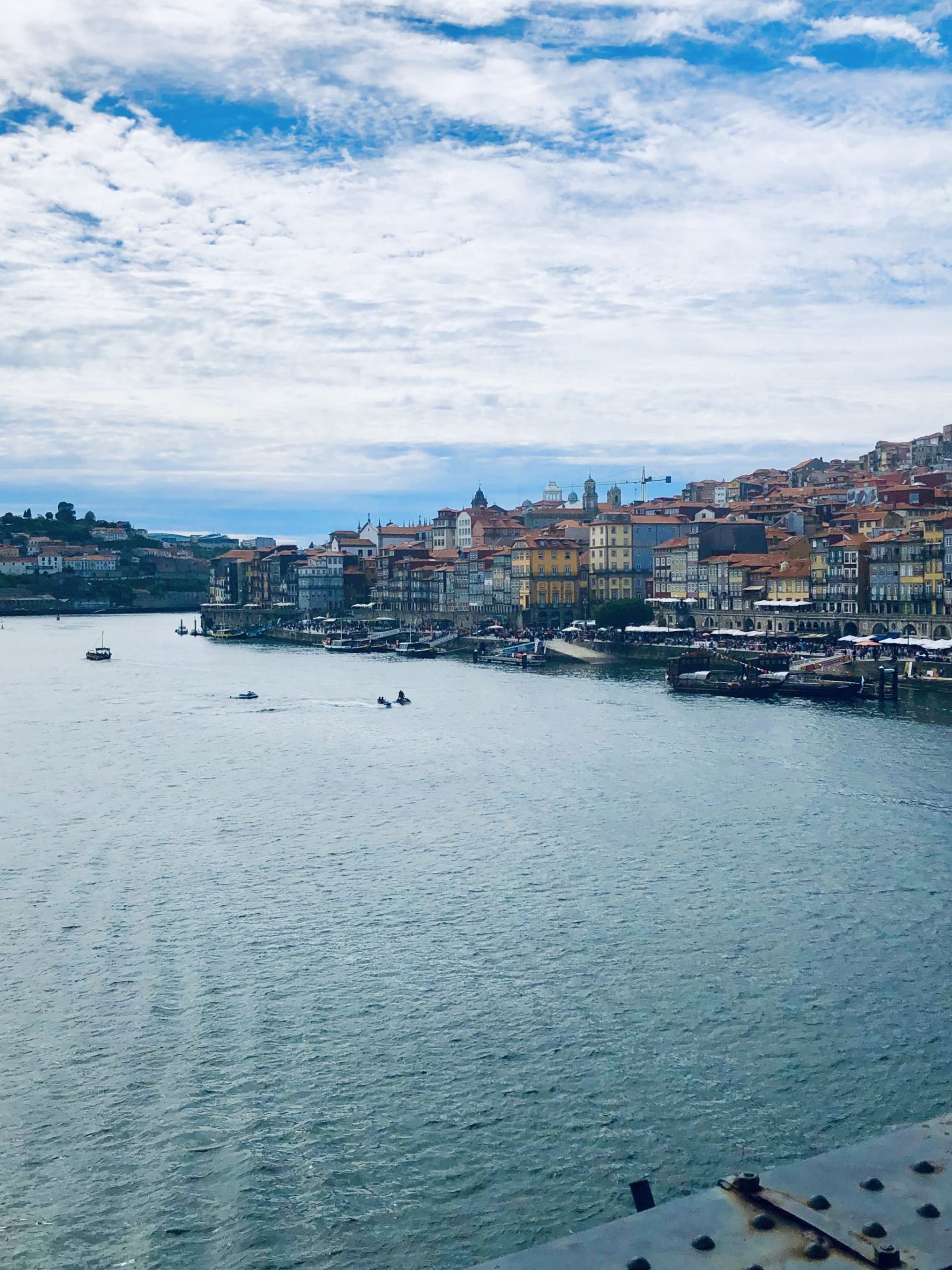 We meandered down the river to kill some time, including these cute little boats bobbing by – one of the locals stopped to tell us that every year there’s a race between them and whoever comes first gets the best parking spot on this stretch of the river… 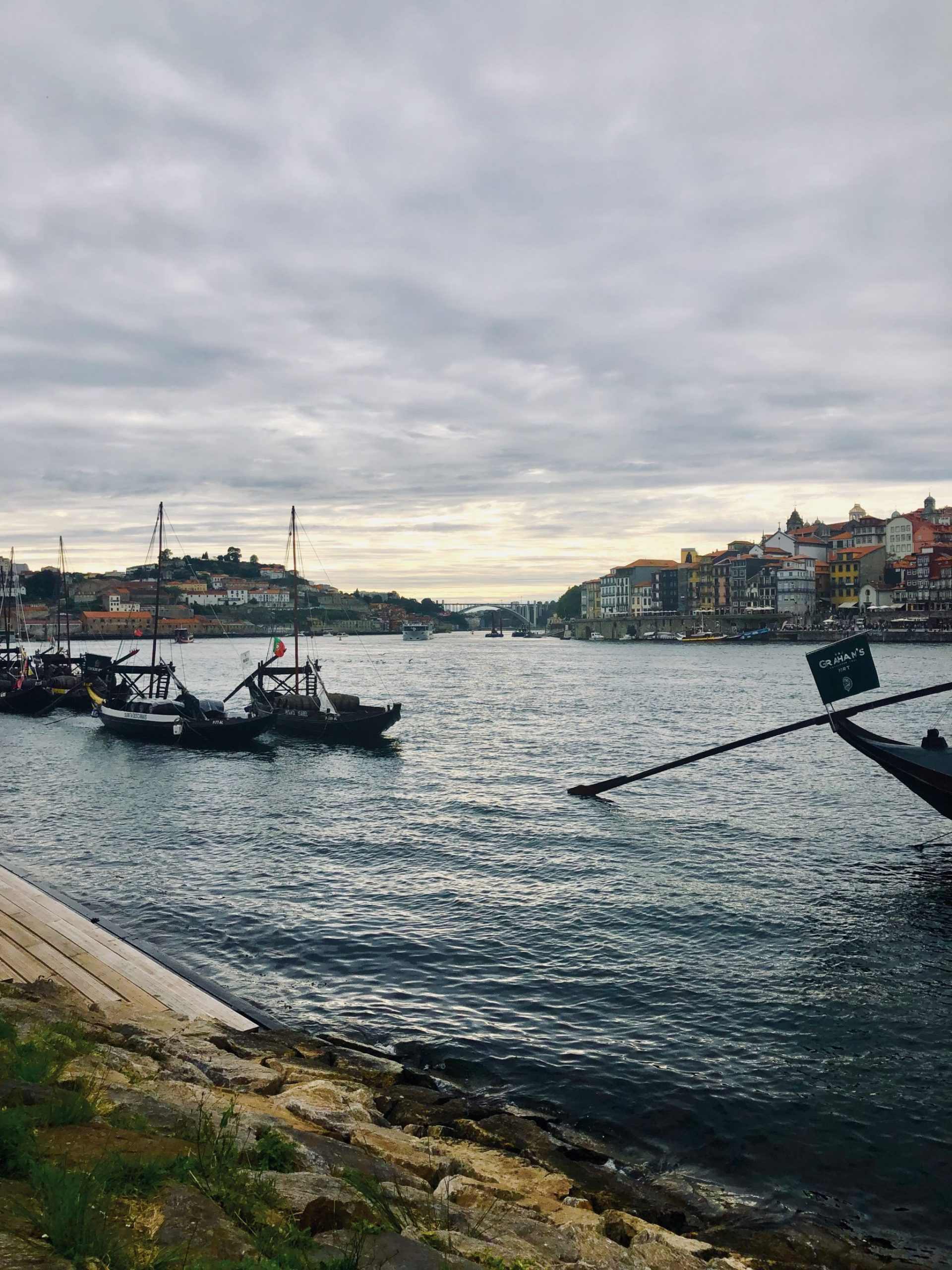 As part of our bus pass, we also had a ticket to a tour around one of the port wineries, to go and learn more about one of the country’s most famous exports (I am sorry).

“When he founded Porto Cálem in 1859, he set his sights on crossing the Atlantic and exporting to Brazil. This at a time when Port was typically shipped to the British Isles and other European markets. Beaten paths were not for Cálem. ” 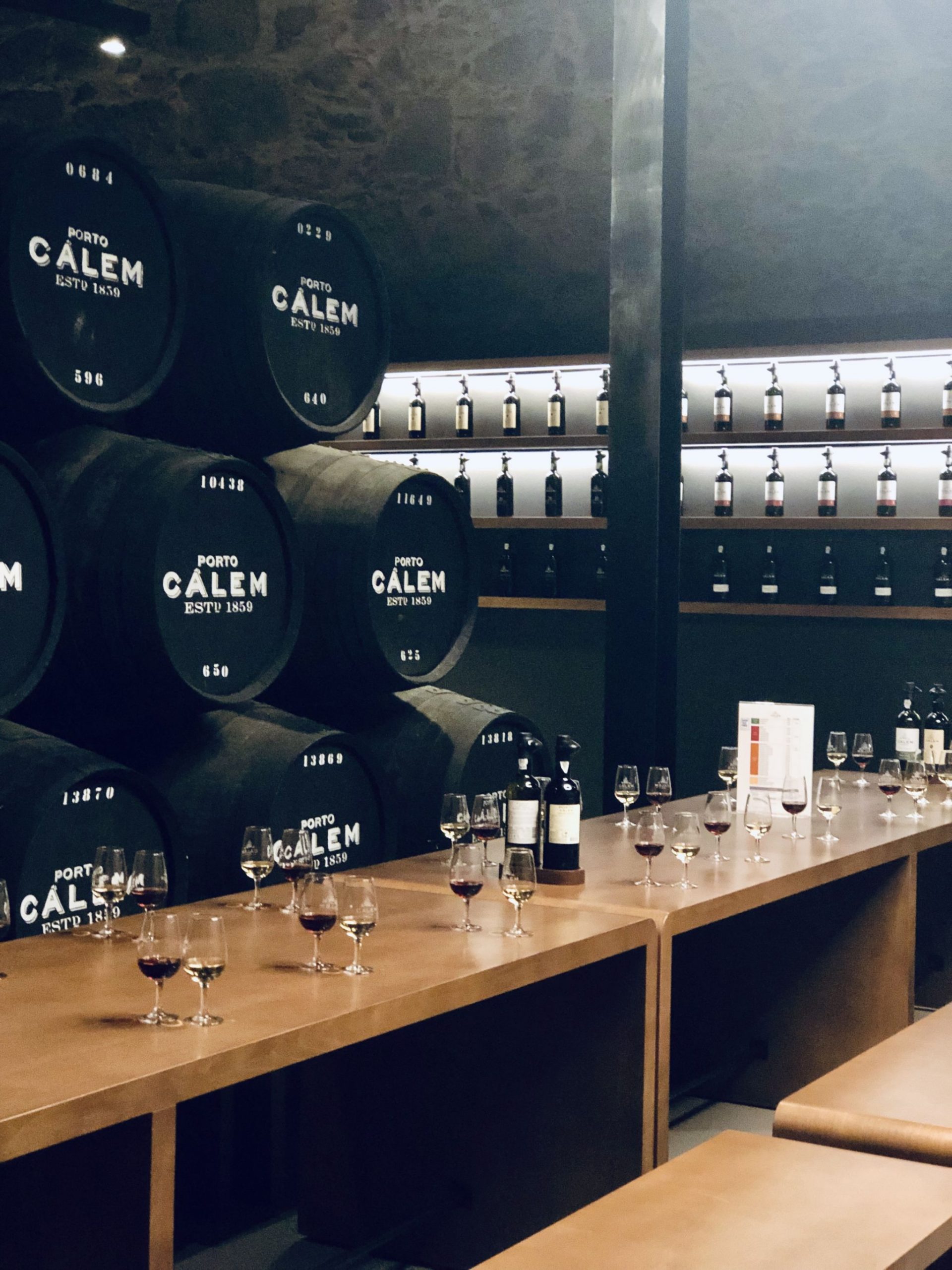 The Calém Caves were so informative – our tour guide spoke amazing English and took us through the differences of Ruby, Tawny and White port – explaining how things like the difference between Tawny and Ruby Port is  down to the size of the barrel used for ageing. Tawny varieties are aged in smaller barrels, enabling the wine to oxidize, and giving it its namesake ‘tawny’ hue.

We also learned about White Port – i.e what we’d been enjoying in our Porto Tonicos – ice cold white port, top with tonic, a slice of lemon and a sprig of mint, for the next time youf ancy something a bit different! 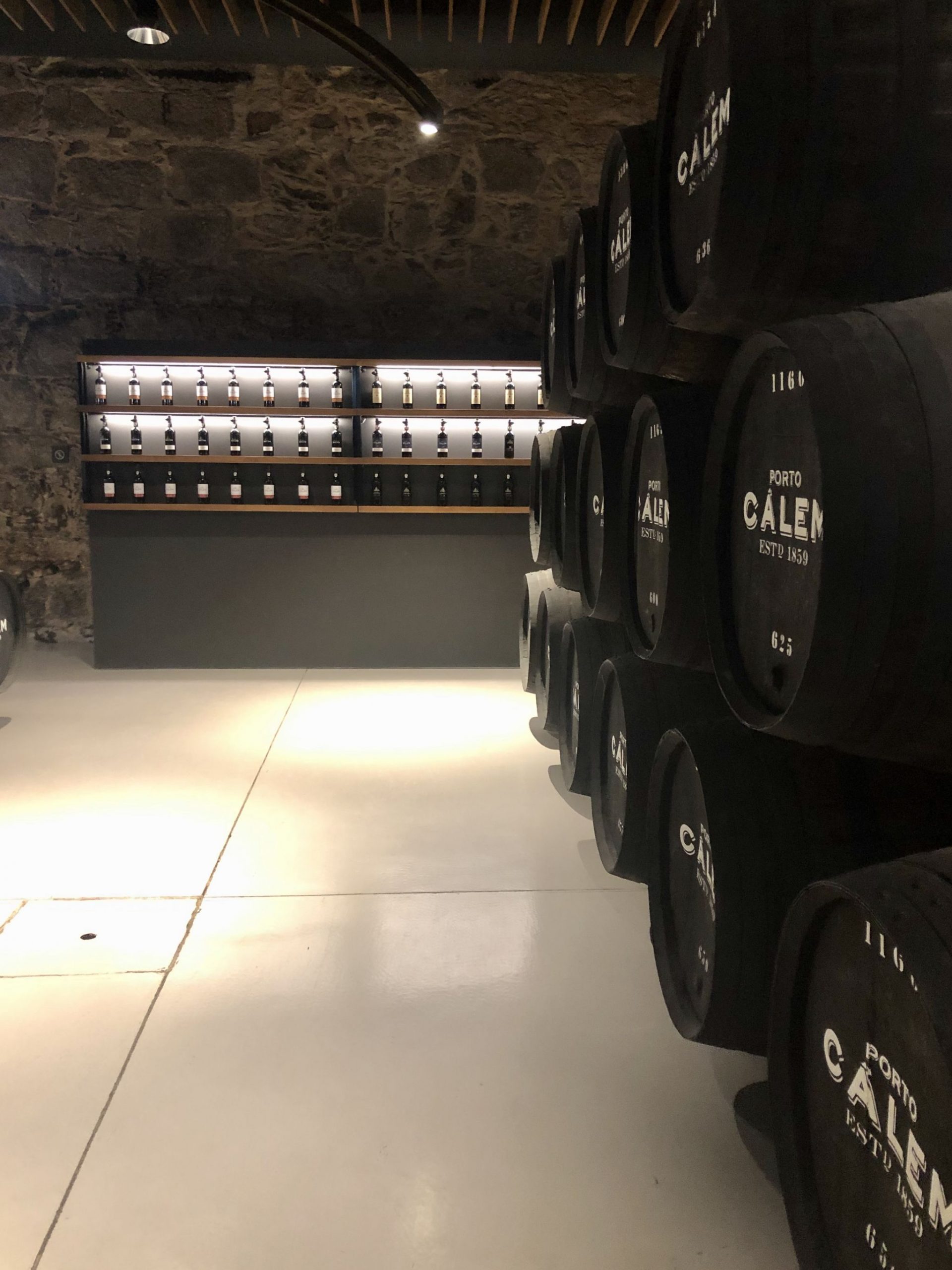 We finished with a pretty delicious tasting, deciding it was high time to stick to this side of the river for dinner – which we did not regret, as each of the buildings and bridges lit up, we were granted a beautiful view over the Douro river for our last night before Michaela ended her world tour and we both flew back to the UK the following day… 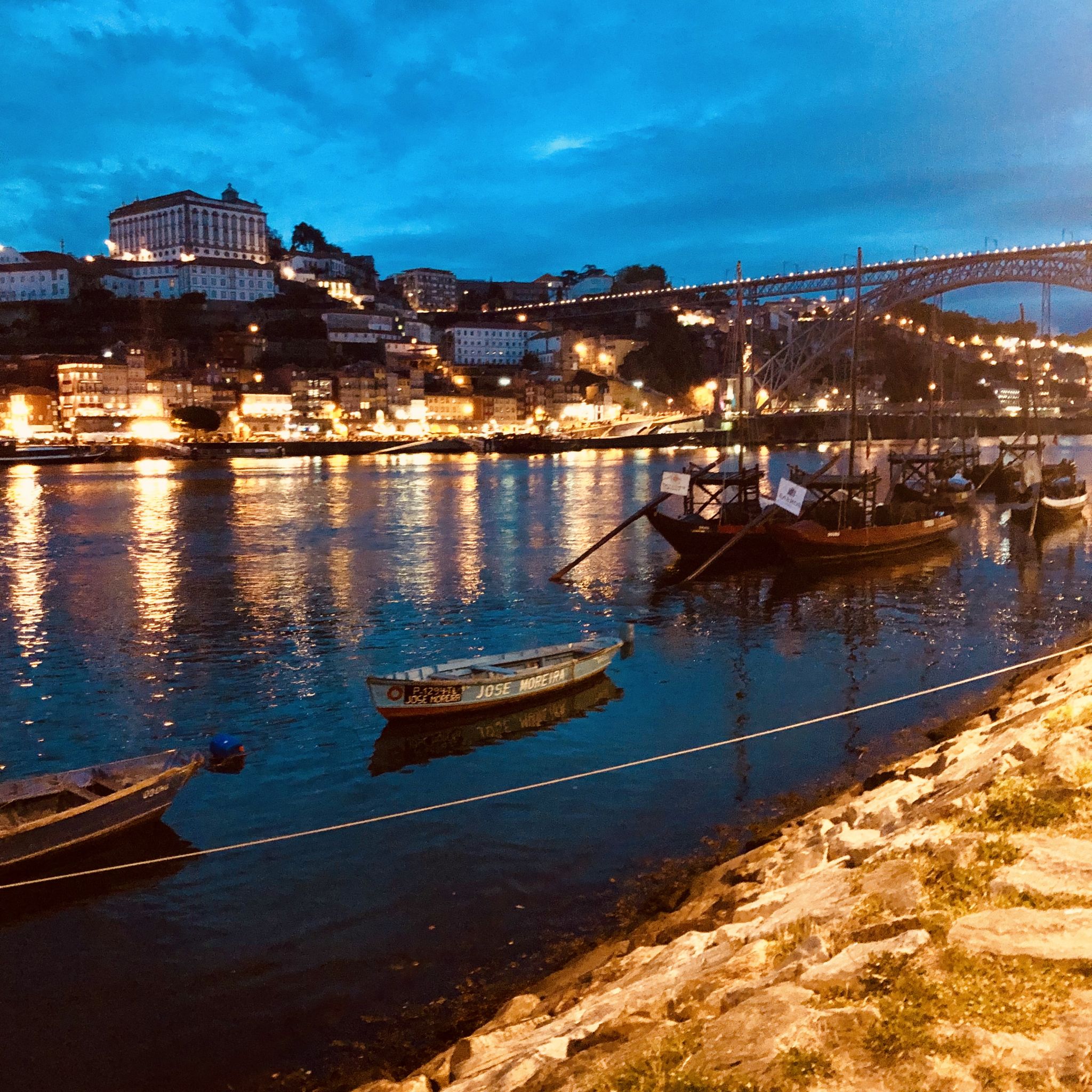 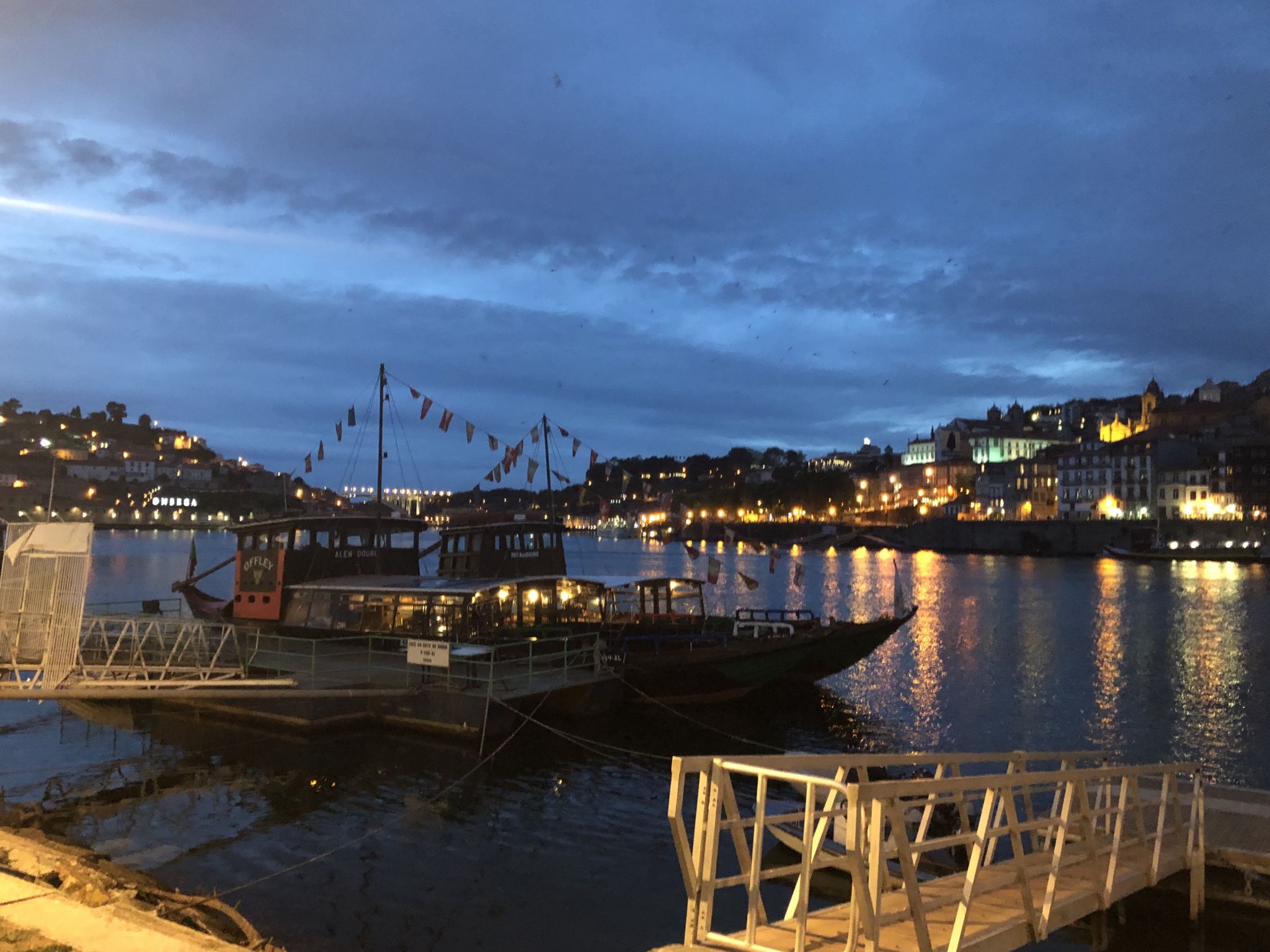 Our few days in Porto were magical – and not least because we hadn’t seen each other in just so long! I was so happy to see ‘my MLB’ again, and it was lovely to wander around a city together, stopping for wine and coffee, watching the world go by, dancing the night away in various locations, spending time in our hotel spa and having a fancy dinner together at the top of our hotel and watching the sunset over Porto… 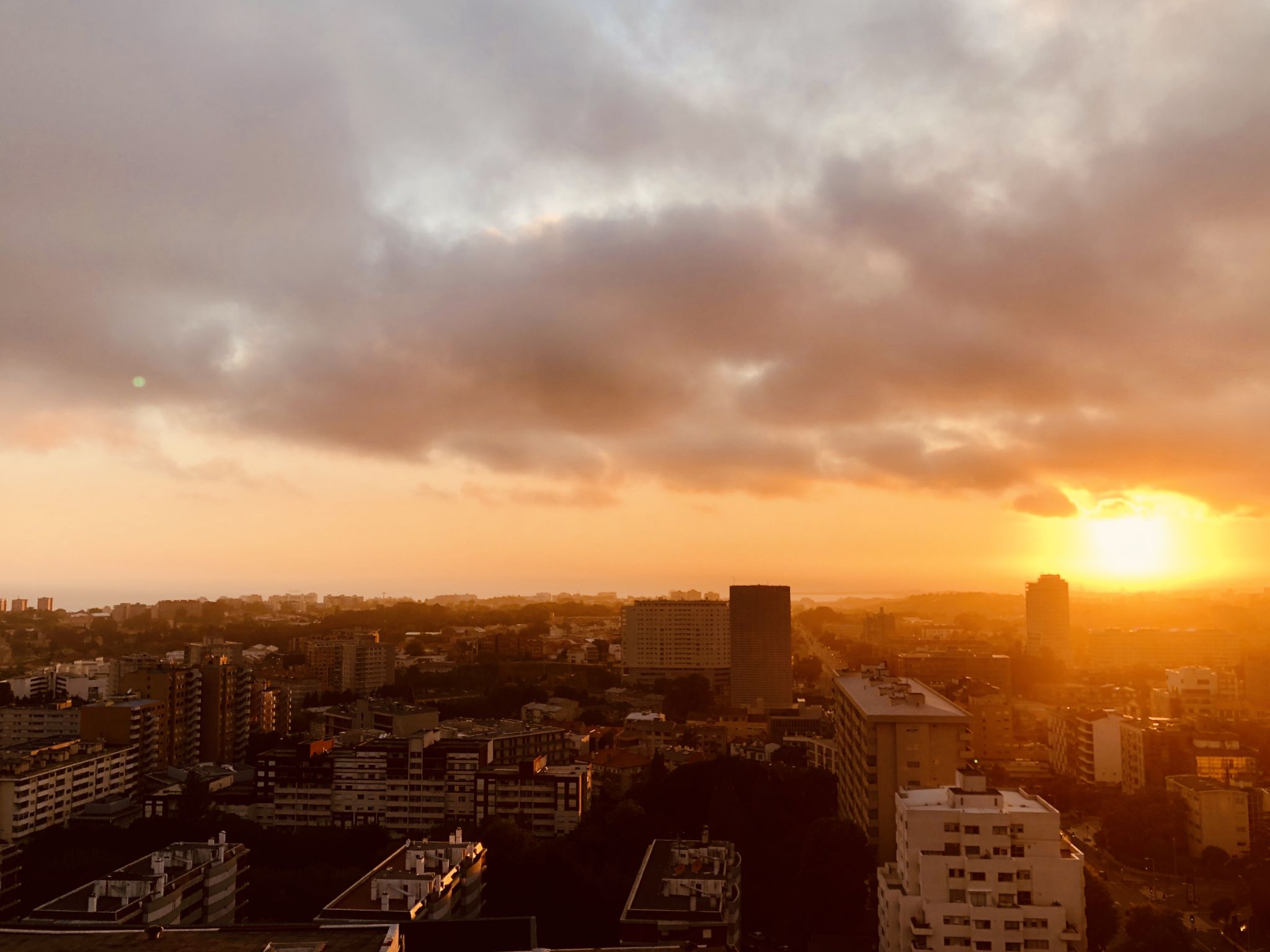 The hotel itself isn’t worth mentioning and is about 20 mins outside the main town of Porto, more of a conference centre than a proper hotel. Oh – and they make you wear swimming caps in the pool, which you’ll pay the sum of £2.50 for. WE found this hilarious however…[those photos shall never see the light of day], I did, feel very sorry for the couple desperately attempting a romantic spa day whilst wearing the tightest, ugliest blue swimming caps. Still if you find each other attractive even then, you must be on to a keeper eh? 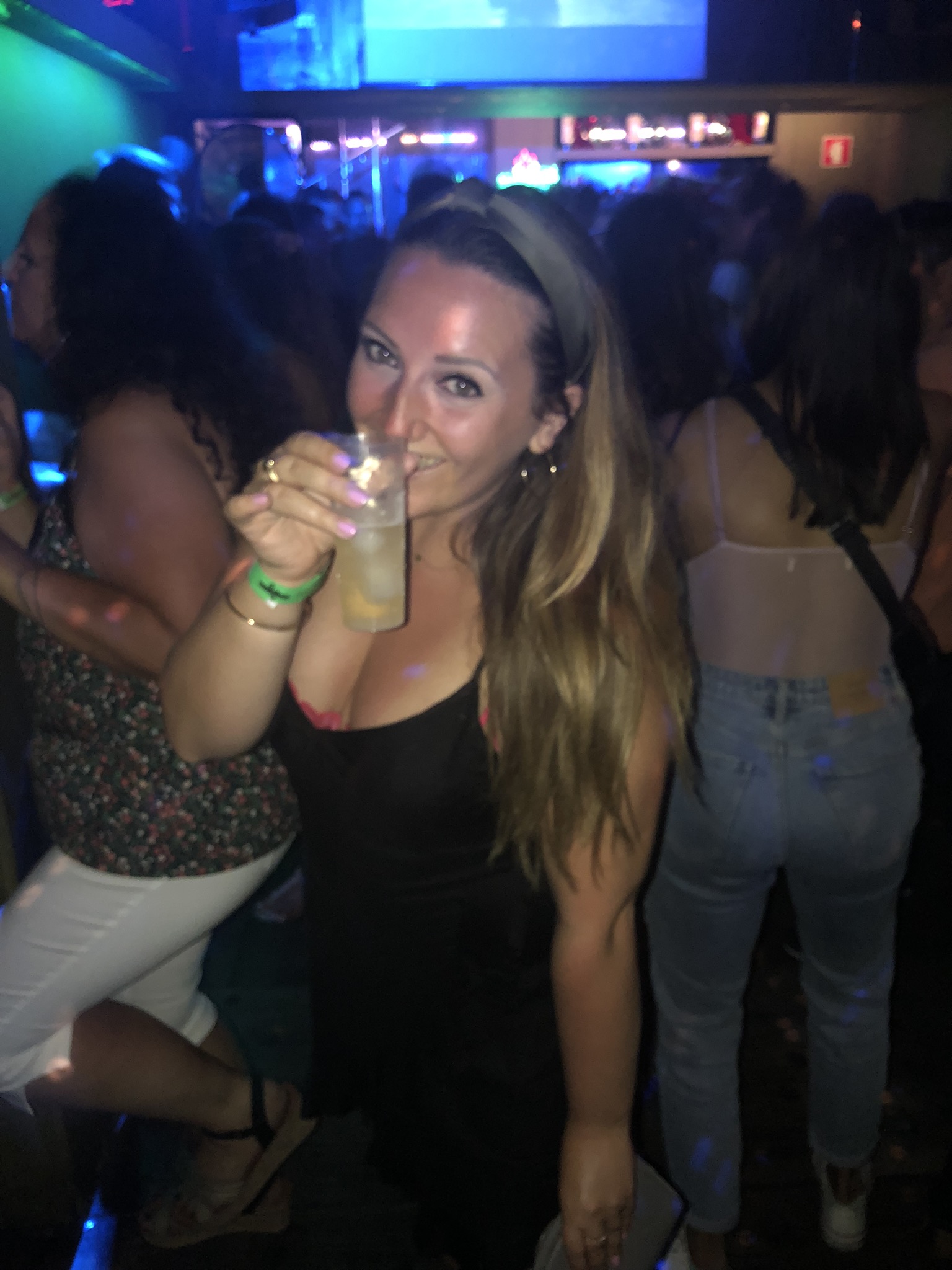 Porto with Michaela was amazingly good fun – although we did have some hairy and odd encounters when out in the evenings – namely consistently being offered Class A drugs – we were completely baffled by this turn of events: we’d walk past people on the street and they’d mutter offers of cocaine, ecstasy and more – we both live in London, so this type of thing wasn’t too intimidating, but the frequency with which it happened was so odd.

We discovered that a couple of years back Portugal introduced a radical drug policy including the decriminalisation of drugs. I’d just finished reading the autobiography of a prison officer when we discovered this and was fascinated to learn that in England, once released from prison you get about £100 to ‘see you back in to society’ – the prison guard pointed out this is wildly counter-productive as its not enough to find a roof over your head for a sustained period of time, but probably enough to see you through to a couple of hits of whatever landed you in prison in the first place. I find this type of societal structure stuff amazingly interesting – and there’s a detailed article you can read on it here – covering how since the decriminalisation, Portugal has seen dramatic drops in overdoses, HIV infection and drug-related crime. . On one or two occasions, we both noted an undertone of racism running through Porto, too which obviously made it uncomfortable – Michaela cited that this sadly wasn’t unexpected from what she’d heard from other friends who had been.

Overall Porto was heaps of fun, but I think solely because of the company! I often get a real affinity for places and almost become ‘home sick’ to revisit them (I think about Bali twice a day I think!), but I didn’t feel that with Porto. Its a beautiful city with its architecture and the pretty Douro river, but I wouldn’t hurry back personally!

Have you been to Porto? What did you think?