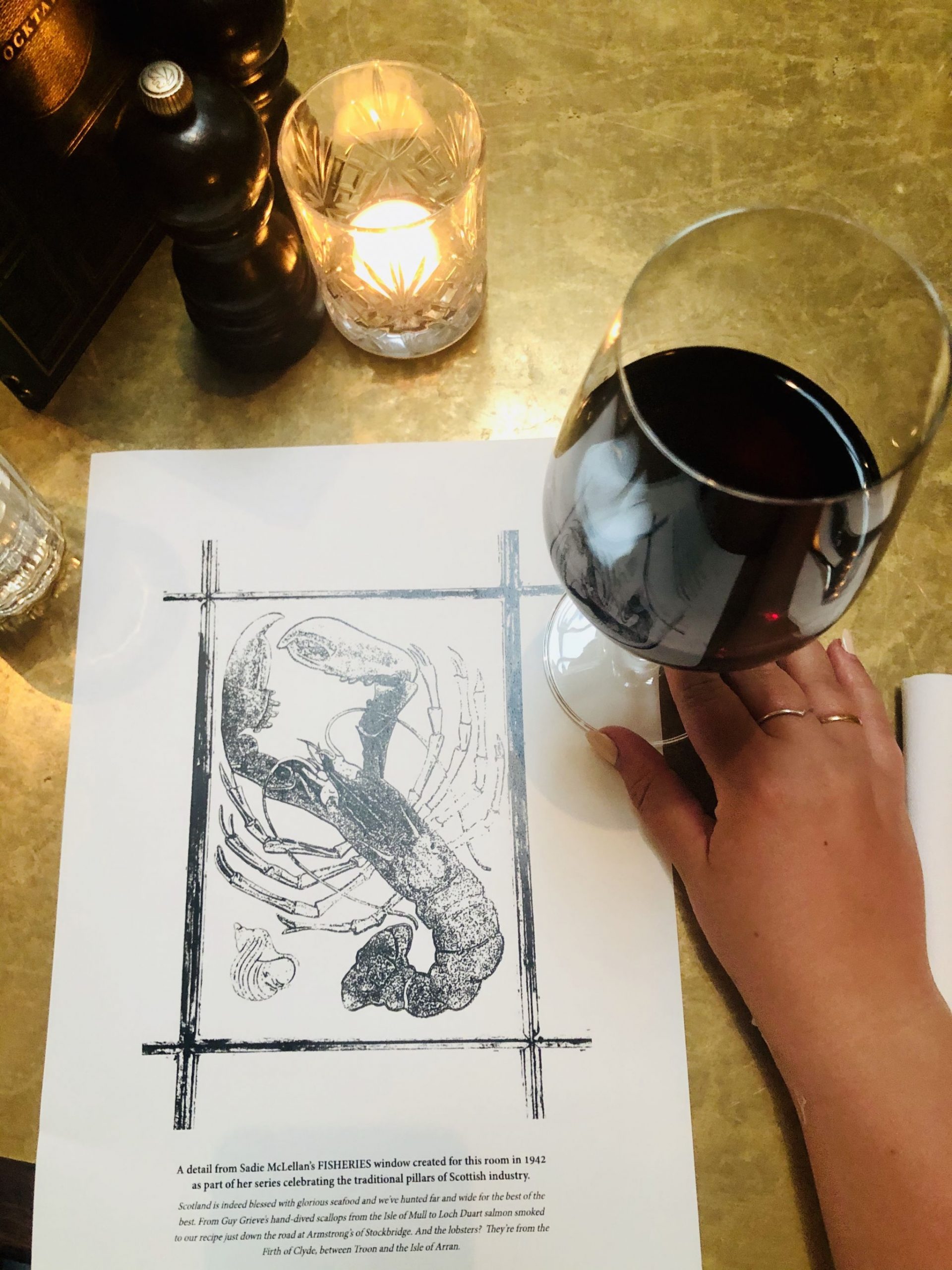 Today’s blog is all about Eating in Edinburgh! During my stay, F took me to some pretty amazing places to eat!

On a rainy Tuesday we decided a long walk through Edinburgh’s beautiful streets to Stockbridge was the order of the day for brunch.

F recommended we hit up The Pantry . When we arrived, there was a long queue which we made the mistake of leaving. Twenty minutes later, we were back having exhausted all other options – and I am so glad we were!

We’d worked up the hunger, so we ordered eggs Benedict and a side of waffles to share. It. Was. Incredible. 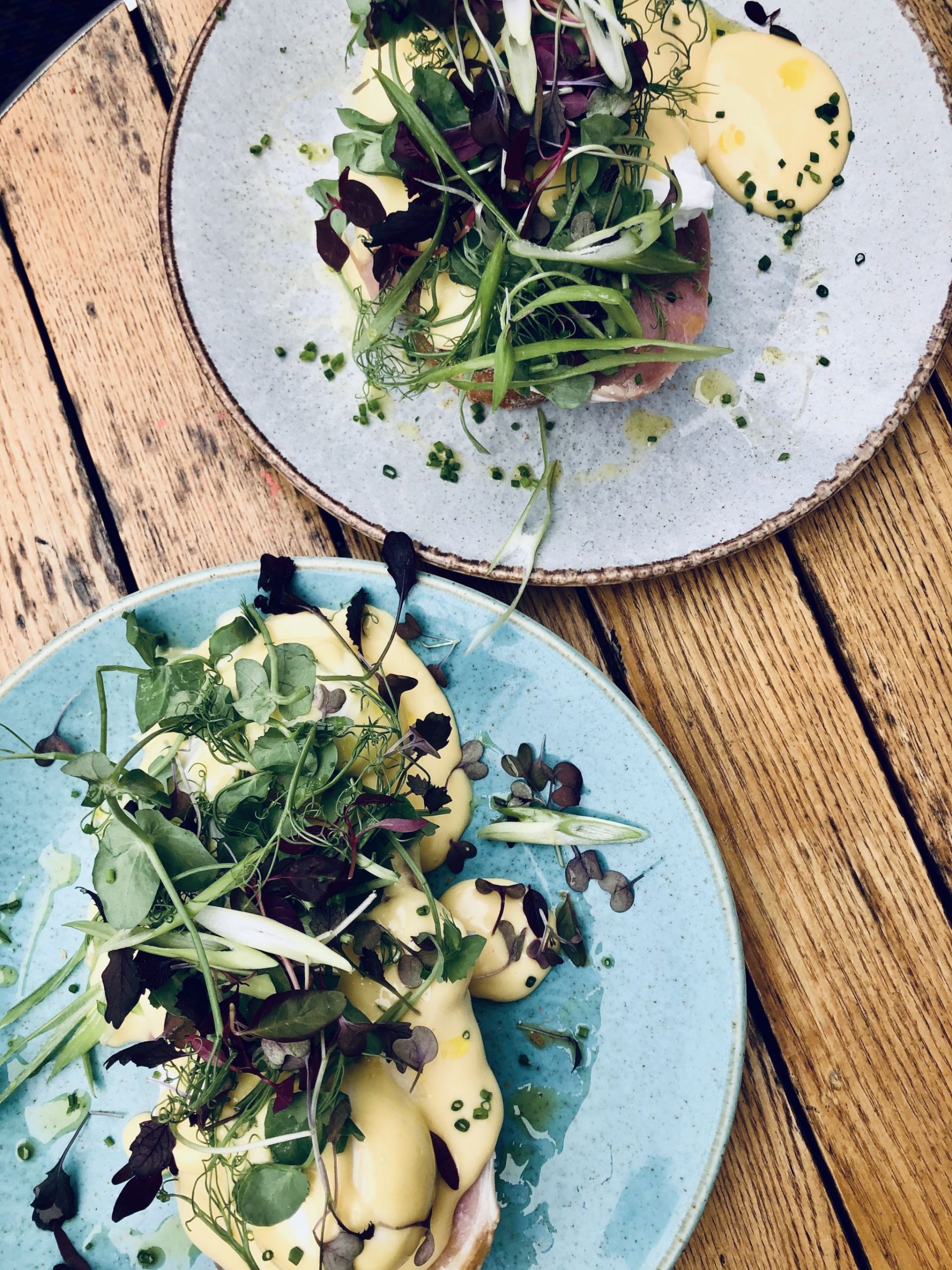 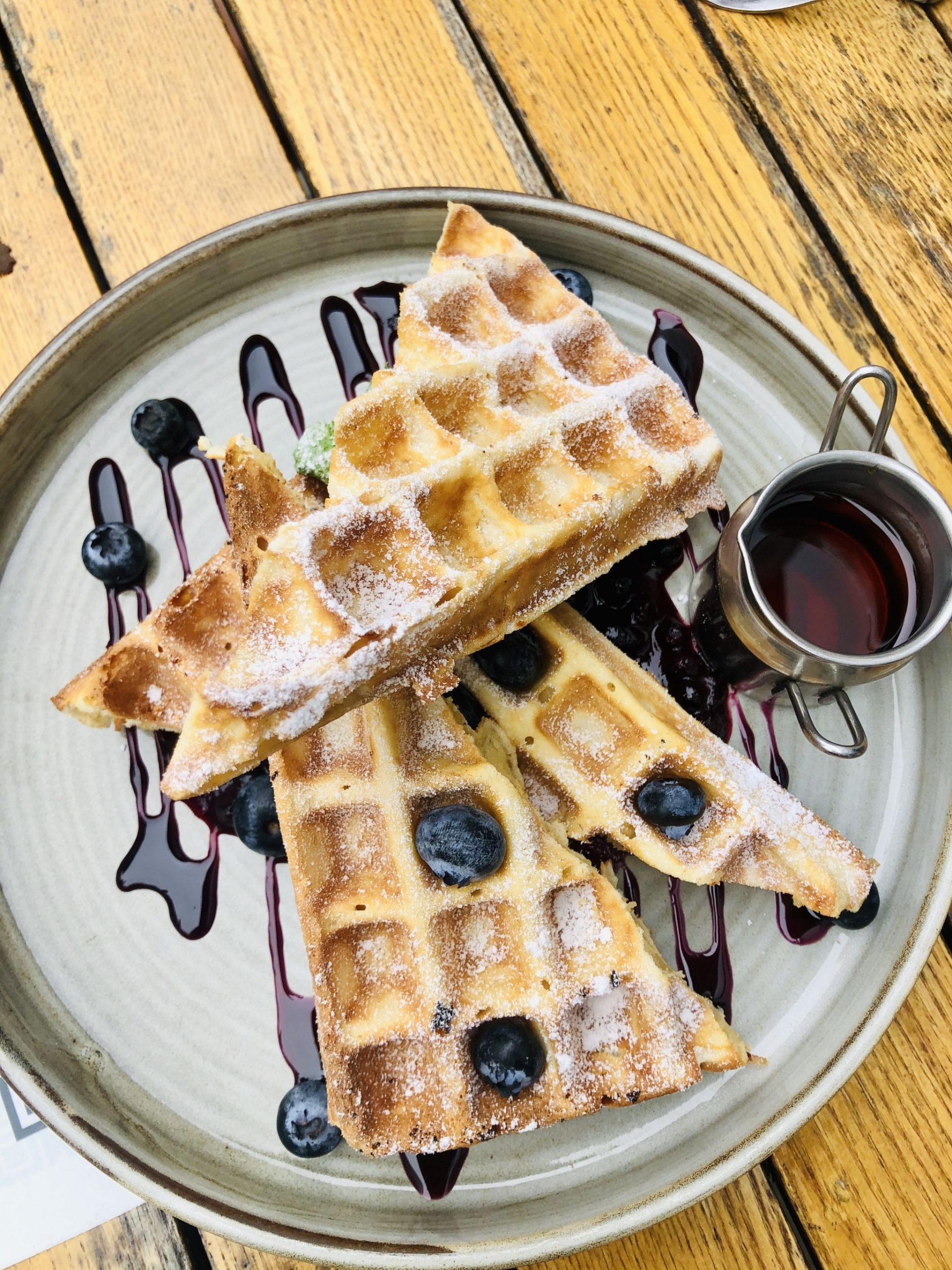 Afterwards, F showed me one of the prettiest streets in Edinburgh. It’s pretty insta-famous by all accounts, so you might recognise it! 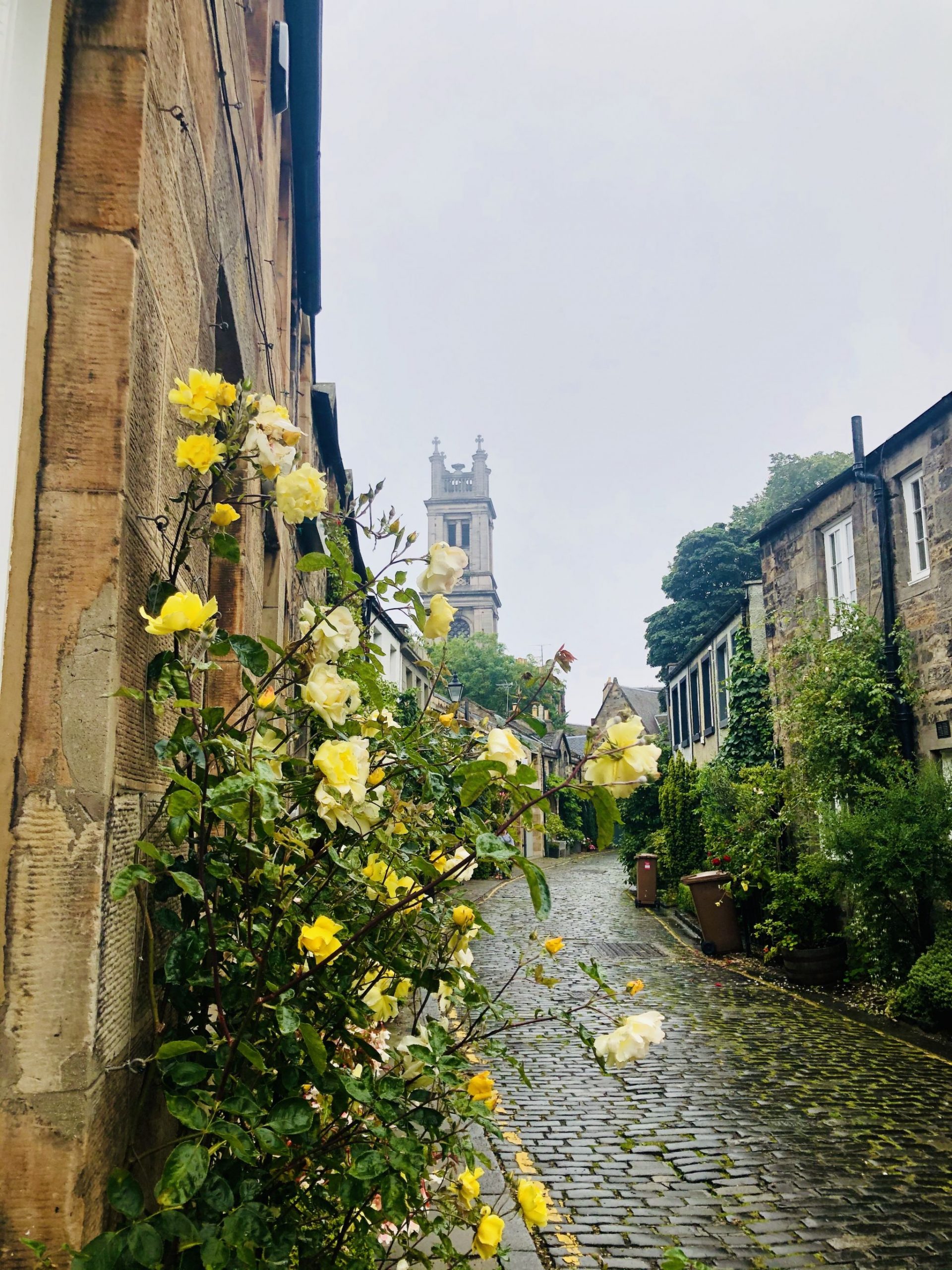 Then, it was time to enjoy an ever-so-familiar routine that we’d performed over many years – getting dolled up for a night out together!

Next up on Eating in Edinburgh! Across the way from where I was staying, F had recommended Refinery a couple of times. After my busy day of hiking up Arthur’s Seat and enjoying my own company, I decided to take myself on a wee cocktail date! 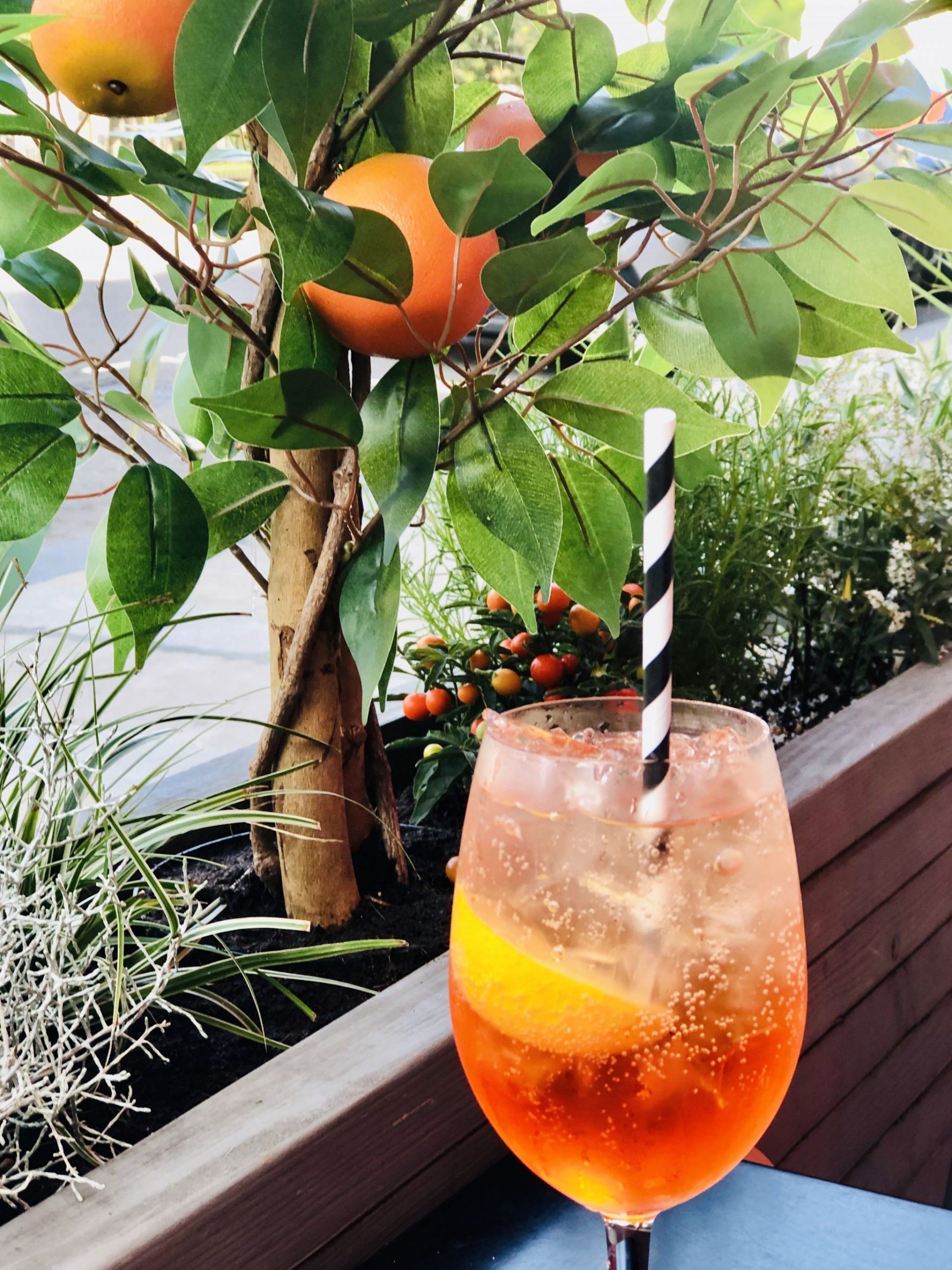 Howies
I have to give a special shout-out to Howies! It was the restaurant F and I went to on our first night out together. Honestly – service, food, everything was magical. No photos as I was too busy catching up with one of my favourite people!

I couldn’t do an Eating in Edinburgh post and not feature Hawksmoor – particularly as it was located in The Edinburgh Grand where I was staying! As I mentioned in my previous post, the Edinburgh Grand used to be the Bank of Scotland – and Hawksmoor,  has been sensitively refurbished to celebrate the building’s original features.

I’ve always wanted to dine at Hawksmoor – they have one in London which has been on my list for ages.  The service in Hawksmoor was simply incredible. Everyone really knew their stuff, and the team talked through all the different options to tailor the dish to your wants. 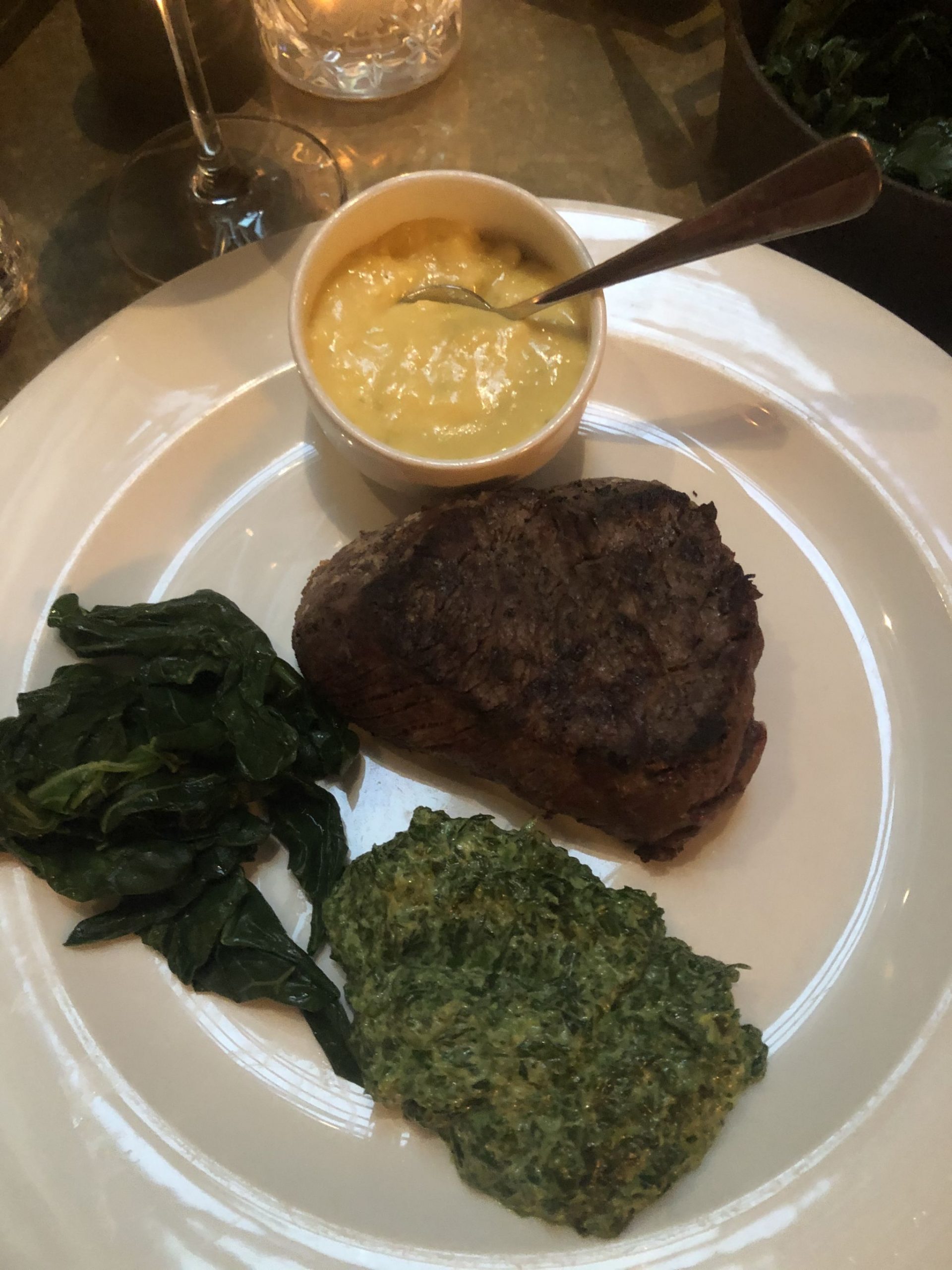 Hawksmoor steak is high-welfare, and later is dry-aged for 35 days, losing on weight but improving in flavour and tenderness.

The sides were out of this world, as was their stilton hollandaise sauce.

Oh, and I couldn’t have gone to Scotland and not had a whisky, even if it was in the form of an Old Fashioned. 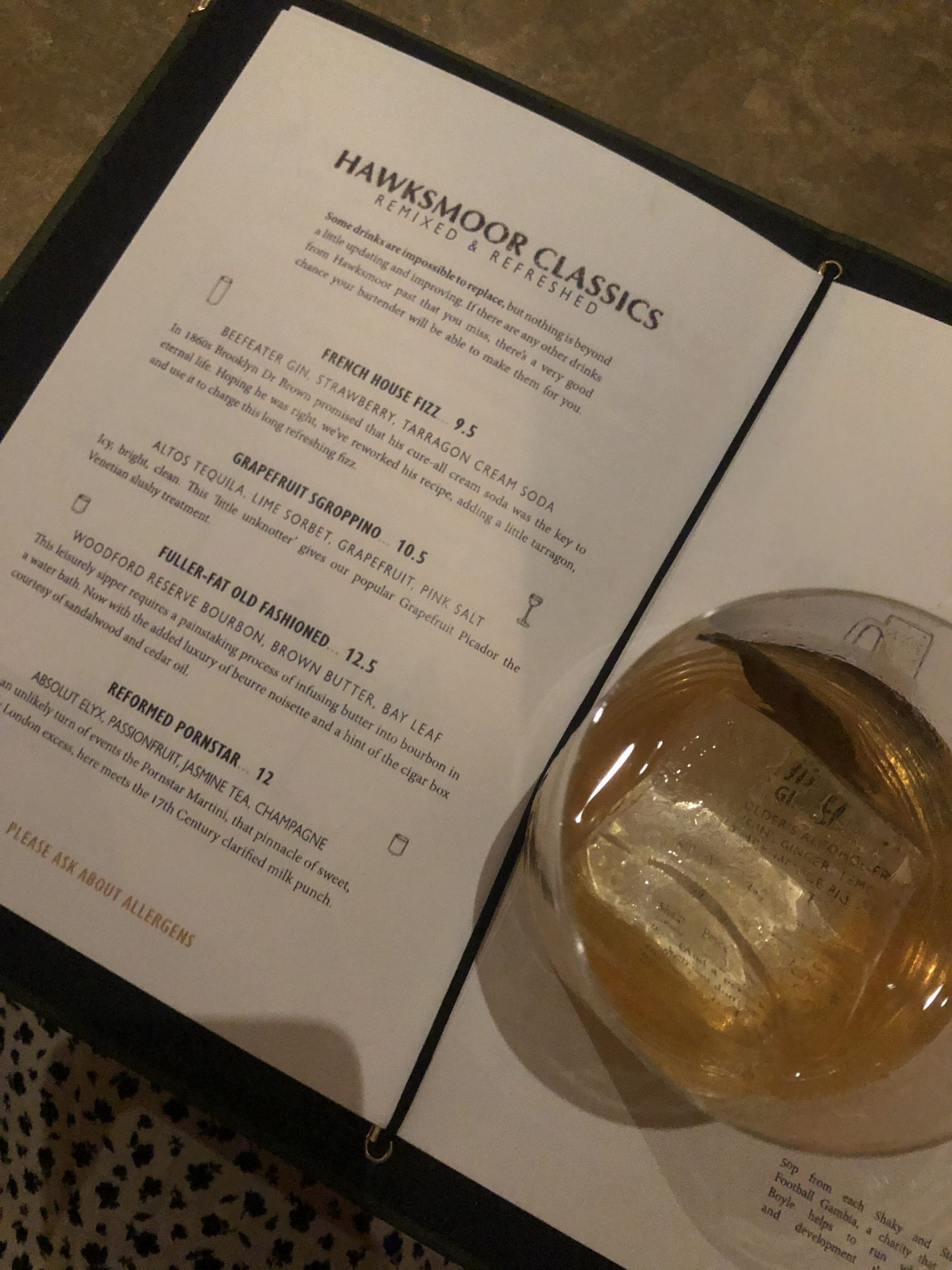 Hawksmoor was the perfect ending to an amazing trip to see one of my favourite people: F and I often go a few months without seeing each other, but we always pick up right where we left off. We toasted to 17 years of wonderful friendship and amazing memories. I’m already looking forward to the next seventeen with her by my side! 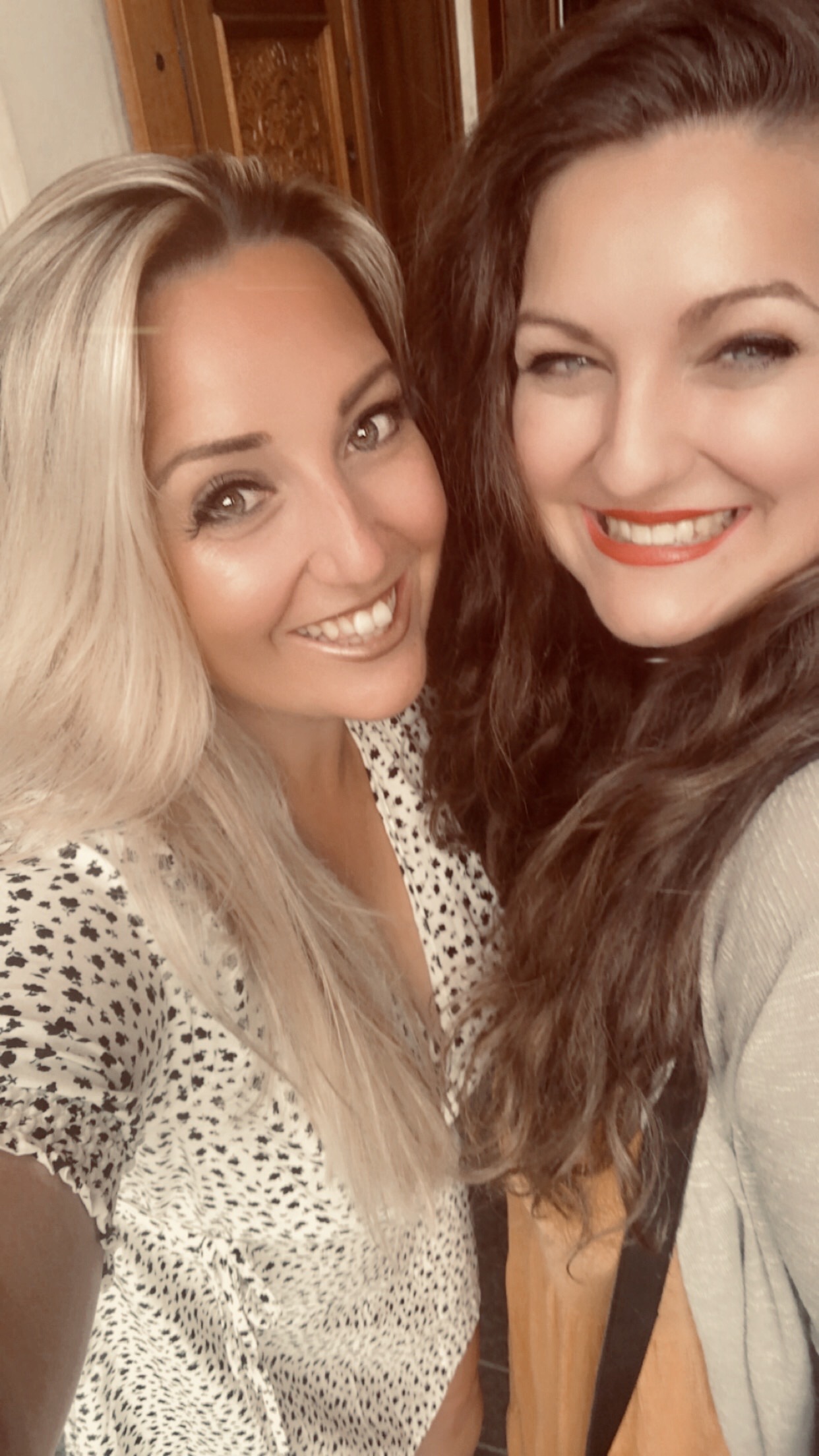